Thread by @williamrblack: "Alright there's no need to keep this inside the whisper network, it's in the public record & people should know so they can make an in [...]" #lonely

Bill Black @williamrblack
Read on Twitter Save as PDF
Alright there's no need to keep this inside the whisper network, it's in the public record & people should know so they can make an informed decision. Plus I wanna highlight some things we can learn. Renee Warner was one of Michael Landis's students at Tarleton State University

In March 2017, according to a screenshot Warner shared with the Tarleton student newspaper, Landis texted her, "Wanna get together for dinner, drinks, & movies? My wife will be away ... so it'll just be me & the dogs. #lonely" h

Warner says she became so uncomfortable she stopped attending Landis's class, then failed the class and left Tarleton at the end of the semester without graduating.

Warner filed a complaint with the Title IX office and was reportedly told there were three other similar complaints against Landis. 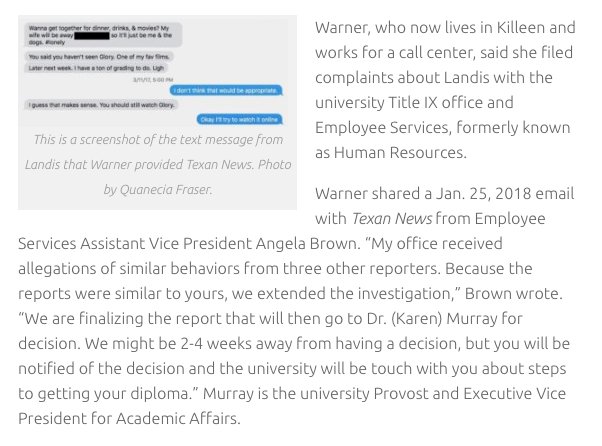 This all came out in the Tarleton student newspaper (see link on first tweet). Warner later alleged that, during a trip she & Landis & two other students took to a Historians Against Slavery Conference, one of the students shared a room with Landis 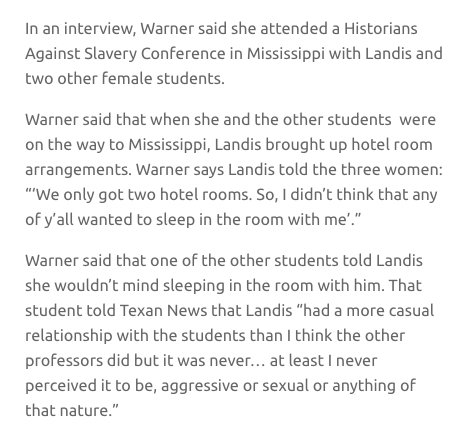 In April 2018, four more allegations against Landis were reported in the Tarleton student newspaper, three of them anonymous. Braiden Foster alleged that Landis grabbed a necklace she was wearing that came to "the middle of [her] breasts" & complimented it 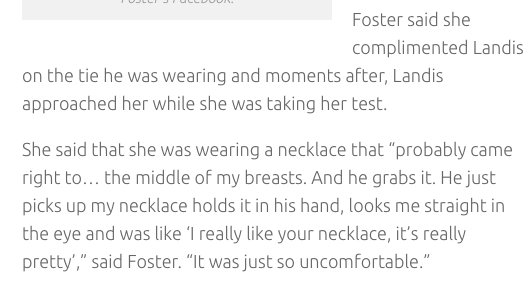 An internal investigation concluded that Landis was not guilty of sexual harassment but did find his actions "highly inappropriate and unprofessional." The Associate VP of Academic Affairs recommended termination

OFFICE OF THE ASSOCIATE PROVOST and 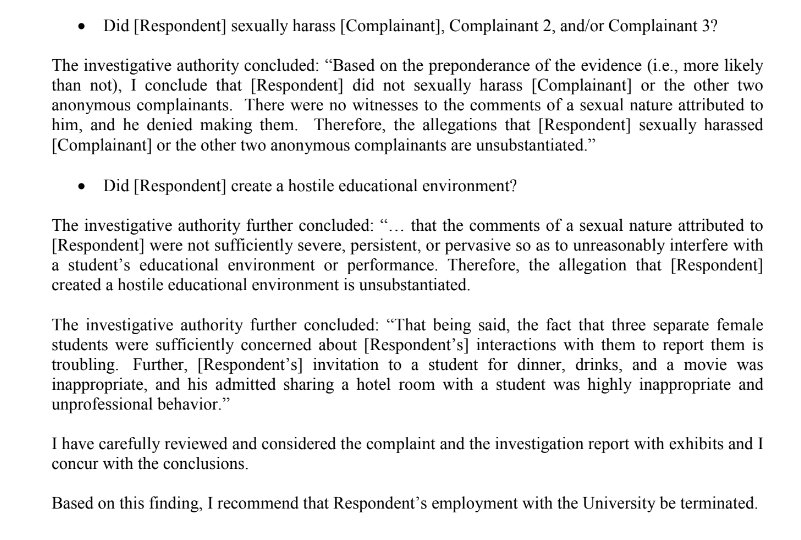 Foster said Landis then invited her--in front of the whole class--to have drinks with him that weekend, even though she'd already said her parents would be in town 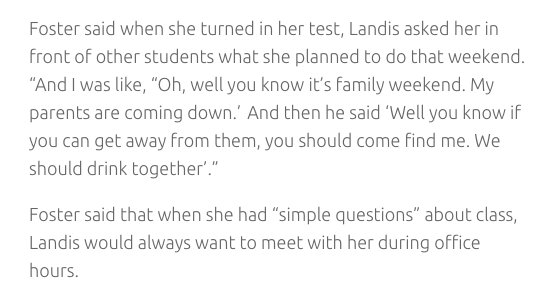 When Foster told other faculty about the incident, they "played it off like he was just a weird teacher"

She would no longer see him in his office: “If he had the courage to ask an 18-year-old to ditch her parents and to come drink with him—a married man who is in his 30‘s—in front of a classroom of students, what’s stopping him from doing more when he’s alone with me in a room?”

Another student tells a story about what happened when she attended a conference at Texas A&M with Landis and another professor. As they were driving back, Landis allegedly asked if they wanted to see his dogs (again with the dogs). She said sure, assuming they'd all be going

Landis then allegedly said he'd need to mow his lawn too, and then dropped off the other professor first. The student finally said she just wanted to head home, which is what happened. 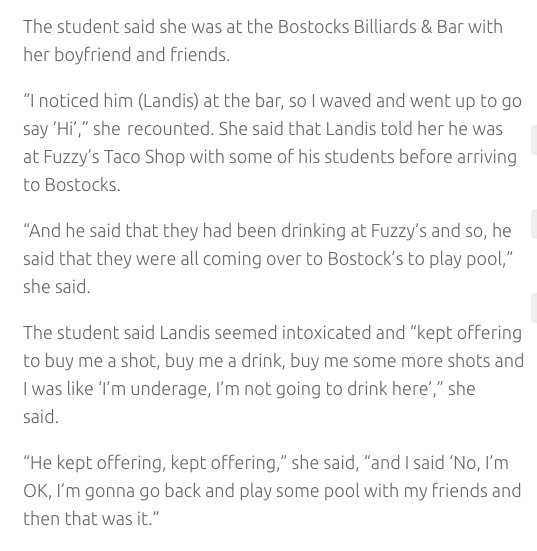 There are multiple ways to embed @williamrblack's unrolled thread: