Chris Burniske @cburniske
Read on Twitter Archive
Archive to PDF: This thread can be removed from Twitter at anytime. Archive this thread to PDF, save and print. It is a premium feature and costs $5 per month.
1/ @alexhevans recently dug into the numbers behind forks of #Bitcoin, #Ethereum, #Monero & #Zcash.

Main conclusion: Value can’t be forked away as easily as people like to think. https://t.co/6uLHW2J4nx
2/ Secondary conclusion: Despite parent #cryptonetworks retaining users, devs & value, the child forks trade at (puzzling) relative valuation premiums.
3/ To follow are graphs and conclusions from @alexhevans that are relevant to specific actors or ratios (if you're not a fan of long form writing 😉
4/ User behavior after a fork: “the creation of a child chain does not appear to correlate with a decline in daily active users or transaction volume on the parent chain.” 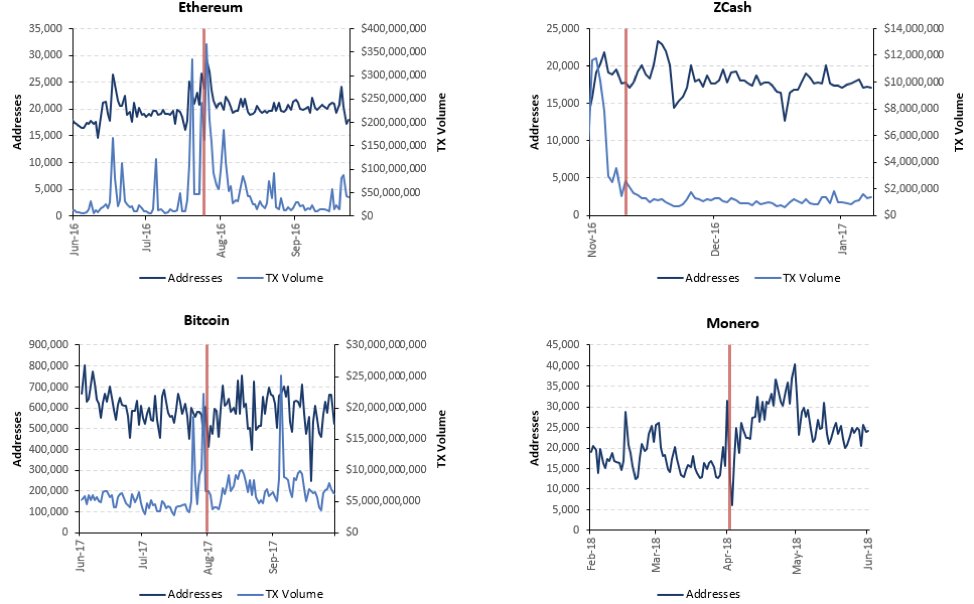 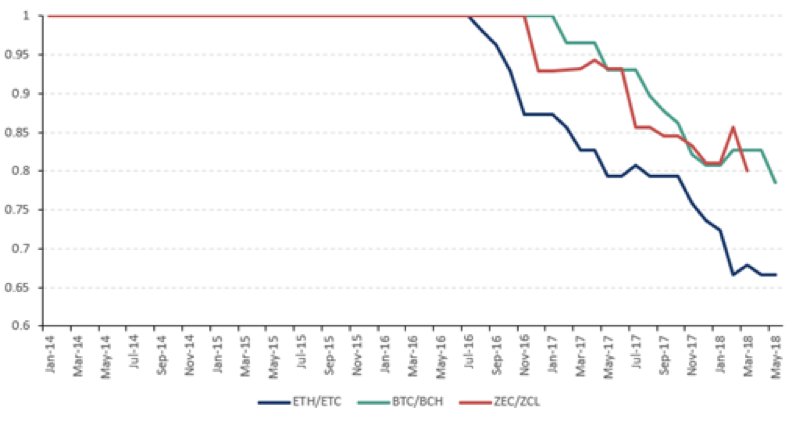 7/ "It is often casually argued that network rents can be 'forked away,' with value flowing to a less rent-seeking fork. While we lack sufficient evidence to confidently reject this hypothesis, early evidence points against it." -@alexhevans
8/ Comparing NVT Ratios for #Bitcoin / #BitcoinCash & #Ethereum / $ETC reveals child chains often trade at a premium to the parent. ht

9/ Shoutout to @Kalichkin and his team @CryptolabCap for informal work we did together on relative valuation ratios of different #cryptonetworks a few months ago (but that never saw the light of day).
10/ Similar result for Network Value to Metcalfe’s law Ratio (NVM Ratio), as both $BCH and $ETC trade at premiums to $BTC and $ETH.

11/ Explanations for child chains being valued “more richly” than the parent: 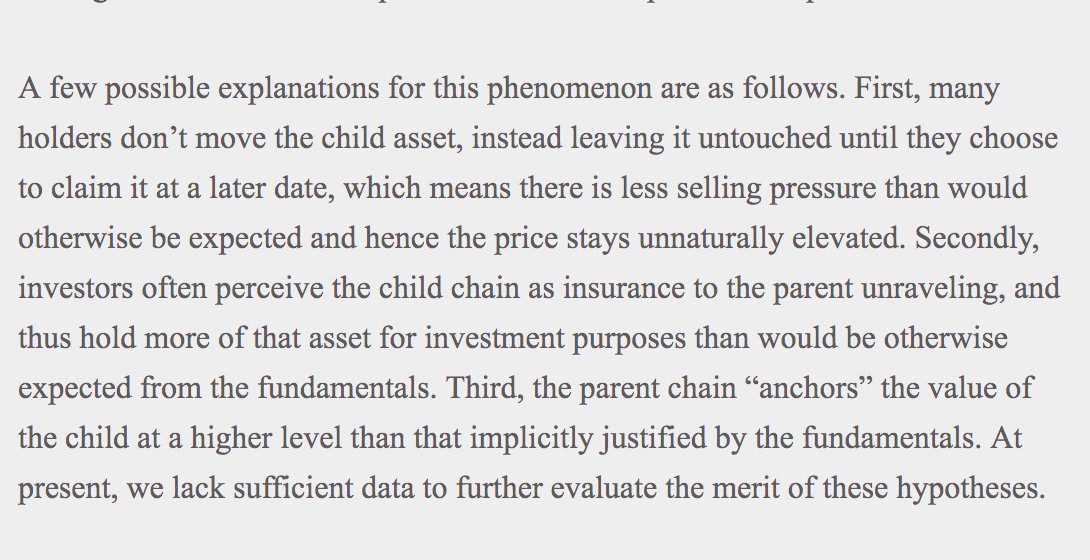 More from @cburniske View All

Chris Burniske
@cburniske •
One of the biggest scams in crypto is the number of people that call non-scams, scams.
“Scam” is so overused in crypto that it’s lost all meaning & confuses the broader public, to the detriment of *all* cryptoassets.
Scam = a *dishonest* scheme. Just because something appears naive or foolish in retrospect, does not mean the original intent was dishonest.
+ 5 more tweets 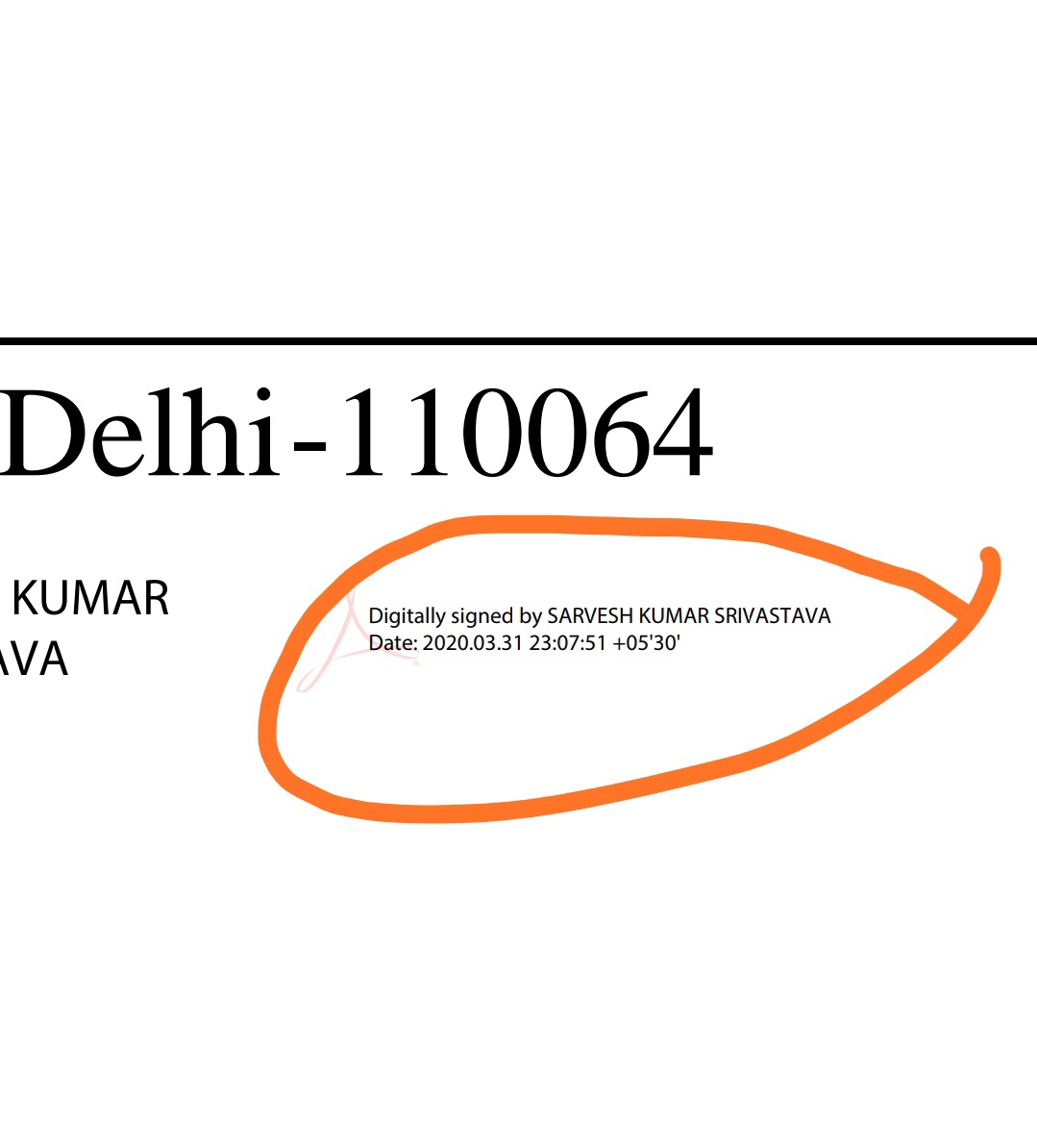 After revoking special Status of J&K under Article 370, Centre issues order that government jobs will be reserved for only domiciles of J&K.
It defines domiciles as anyone "who has resided for 15 years in J&K or has studied for a period of 7 yrs and appeared in Class 10th /12th examination in an educational institution located in J&K or who is registered as a migrant by the Relief Commissioner"
"Children of Central Govt Officials, All India Services, PSUs,Autonomous body of Centre, Public Sector Banks,Officials of Statutory bodies,Central Universities,recognised Research institutes of Centre who have served in J&K for a total period of ten years" will be domiciles.
+ 5 more tweets

Thread 👇 The new PM-CARES Fund is eerily similar to "Bharat Ke Veer" fund set up last year after Pulwama attack. There's no transparency on how that fund was spent. Akshay Kumar founded the trust (later taken on by MHA) & it claims "prominent ppl" decide how it's spent. (1/3)
There's a similar lack of transparency with the PM-CARES fund. The trustees are anonymous (Home, Finance, & Defense Ministers are "AMONG THE TRUSTEES) which begs the question - who are the others? There has been no official gazette notification with details either. (2/3)
Ergo, I've filed an RTI asking details on the trust running PM CARES Fund. ALSO - Prime Minister's National Relief Fund (PMNRF) had a balance of 3800 crores as of 2019. Modi could've asked for donations to it What was the need for PM-CARES when PMNRF already exists? (3/3)
+ 2 more tweets

There are multiple ways to embed @cburniske's unrolled thread: