2) The enemy is not the ordinary person with sincere beliefs. The enemy is a group of rich 💰, power-hungry, sick 😷 and frankly mentally ill 😜 dictators, all running 🏃‍♀️ around, hiring PR flacks to confuse peo

3) The enemy sends its messengers in all sorts of clothing. https://t.co/OJDvvTcUum

4) How do you know they are the enemy?
Because they claim to be concerned about your welfare, all the while stealing the food right out of your mouth.
5) October 26, 2017: @thedailybeast asked: "Why Didn't Anyone Listen To @Corey_Feldman's Warnings About Pedophilia In Hollywood?"
https://t.co/K0JOvN9Lm7
6) It's been nearly a year since they asked that question.
Considering that they care so much about victims, have you seen Naomi Judd, Ben Stiller and Julia Louise-Dreyfus make any movement to answer it?
7) Maybe we shouldn't be so picky.
Dreyfus did take a picture in the hat.
She did sign the anti-Kavanaugh "letter of support."

https://t.co/J3OPyVzkWI
8) How about Bill "I did not have sex with that woman" Clinton?
Have the Democrats ever admitted that he is a disgusting beast?

https://t.co/uD4ZkxfxMm
9) .@nytimes: "many liberals and Democrats stood by Mr. Clinton despite the allegations because they agreed with his policy stances and did not want to reward those on the other side."
10) .@nytimes: "Nina Burleigh, a journalist, wrote a column at the time joking that she would give Mr. Clinton oral sex for protecting abortion rights."
11) Lady Gaga and Joe "pizza bracelet for Barack" Biden teamed up to make a commercial supporting victims of sexual violence.
https://t.co/kivZAJah2Q
12) But Barack Obama, Biden's boss, treated his sexually predatory behavior like...the antics of a mad uncle.
https://t.co/jFxkhvLfT9
13) Google, you'll have to work overtime if you want to scrub the Internet of these. https://t.co/iaODuwJS5F
14) Remember when @PGHowie2 confronted Joe Biden about his behavior toward children? https://t.co/w8udeVMsVz
15) They called him a "heckler," and implied that he was crazy.

"Video of the incident was later posted on Twitter. The tweet attributes the question to a man whose profile says he 'confronts the deep state.'"

https://t.co/aoCNPDl9Jp
16) Helpfully, the Washington Post is here to correct those pesky, paranoid myths.

"No, it doesn’t evade oversight or leak gratuitously."

https://t.co/sdoxIS6MoB
17) Come to think of it, why not just come right out with it, Washington Post?

Like this one about the legendary, hit-TV-show-making, Dan "show me your feet" Schneider.

Has anyone in Hollywood viewed it and taken action?

https://t.co/KWOUNrdCIJ
21) Clearly, a few celebrities have taken the risk to speak out about the real victims of fame.

You literally, literally, can't make this stuff up, this hypocrisy from Vogue.

https://t.co/3CiyF101Er
24) "Dr. Christine Blasey Ford is a whistle-blower, too: one who is willing to risk the rest of her life and her personal safety by revealing one of the most painful and traumatic moments of her life."
25) Never mind that Rachel Mitchell, an ACTUAL sex crimes prosecutor who interviewed Ford, had this to say:

"no prosecutor would bring the case, nor is the evidence sufficient to prevail even in a civil trial."

"Christine Blasey Ford Isn’t 'Mixed Up.' But the Way We Talk About Sexual Assault Still Is."

(But Kavanaugh won't be teaching there anymore. Bad Kavanaugh!)

https://t.co/8fmmx9q8p1
28) How long did it take Conde Nast, parent company of Vogue, to do something about Terry Richardson?

(You know, the famous fashion photographer with a "shocking list of sexual allegations" against him, which he totally denies)

Has there been any investigation as to the industry's delay, into Conde Nast's procdures, for handling this?

https://t.co/J8YrWI0FmU
30) Saturday Night Live had a great time spoofing Brett Kavanaugh, who was extremely emotionally distraught as he tried to defend himself against vultures. https://t.co/V26vFojBPb
31) Yet Saturday Night Live also thought it was funny to share with us the notion of a child-molesting robot.
https://t.co/S6Tan8gFfO
32) It was nearly a year ago that @SaRaAshcraft accused Tom Hanks of being a pedophile. https://t.co/OL6dNPlpN1

33) Did anyone ever investigate that claim? Who knows?

Because, as Wired helpfully reminds us, "CRYING 'PEDOPHILE' IS THE OLDEST PROPAGANDA TRICK IN THE BOOK"

34) You see, Sarah @SaRaAshcraft is not a "real victim" like Dr. Christine Blasey Ford. No -- she's all caught up in "the bizarre rightwing conspiracy theory" known as #QAnon!

https://t.co/xgEy7Pnu02
35) You can't make this stuff up.
36) Why do "conservative women" support Judge Kavanaugh?

"Conservative Women Are Ok with Harassment" (e.g., it's only "conservative women" who support Judge Kavanaugh, not normal people)

"It's boys being boys" (the phrase is "boys will be boys," but OK)
"It’s not that big a deal." (really?)
38) I think you could actually do an interesting study about political ideology and gender identification. (I did that for my dissertation and it was fascinating.)

But we do not have the benefit of actual thinking here.
39) "If men are talking about assaulting women in locker rooms, it is very reasonable to be upset by that."
40) OK. I don't see the need to belabor things.
Women's magazines are good at shoes.

41) But when it comes to social commentary, that really depends on your values, and your politics. https://t.co/q3TJ9p12yP
42) As for putting 10 year old boys into women's makeup and clothing, I personally think it's disgusting, and a form of pedophilia as well. https://t.co/vN0l4grHXU
@threadreaderapp unroll
43) Finally, with respect to Hollywood's preachy hypocrisy, I wish they would take care of their own business first. https://t.co/j4KLd9I7bd

1) New #QAnon 2/25/2019 highlights Patton Oswalt tweets. Pedophilic "jokes." h
5) Sigmund Freud viewed jokes as a sign that your unconscious is trying to repress actual aggressive urges. How is it that Hollywood worships psychotherapy (Freud the secular god), except when he says stuff that makes them look bad? (End.)
2) The media is quick to attack those who are concerned about the normalization of pedophilia. We must all be deranged Trumpian freaks.
+ 27 more tweets

👇👇
h
“Did Mueller have a choice in making the recommendation? Who does Mueller 'now' report to? Does WHITAKER also oversee HUBER + OIG? What case(s) is HUBER + OIG + team of 470 currently working on? Who has the server(s)? Who has access to NSA UT Term1-12?”
+ 4 more tweets

Teri Kanefield
@Teri_Kanefield •
Republican Lawbreaking Have you noticed that Republicans don't mind if their leaders break laws? In fact, conviction can be a badge of honor in the fight against “liberal corruption.” h/t @michaelscherer https://www.washingtonpost.com/powerpost/crimes-are-no-longer-a-disqualification-for-republican-candidates/2018/04/30/c64a40ac-4807-11e8-827e-190efaf1f1ee_story.html Here, I explain why:
1/ I’ll post a transcript shortly. (Having technical difficulties.) Republican crimes (and criminology in general) is a huge topic, but here are a few thoughts. I’ve been tweeting about a lot of this, but I think laying it out this way helps me explain it better.
2/ Putting the blame where the blame belongs: Turns out, it wasn't a technical difficulty. It was me being a computer dork. (No! It was keyboard gremlins making mischief!) Here's the transcript:
+ 16 more tweets

Elizabeth Yin
@dunkhippo33 •
Today's tweet thread is on the *real* secrets to content marketing that took me years to learn... Read on >>
2) And then I would spend all this time creating a piece of content. And then push something out. And then crickets. The content would fall flat.
1) When I was starting my entrepreneurial journey, I had heard from other ppl that I should blog. Or that I should push content on social media. Or that I should do videos. It was incredibly overwhelming advice. So many channels to try! I also didn't know what I should post.
+ 16 more tweets 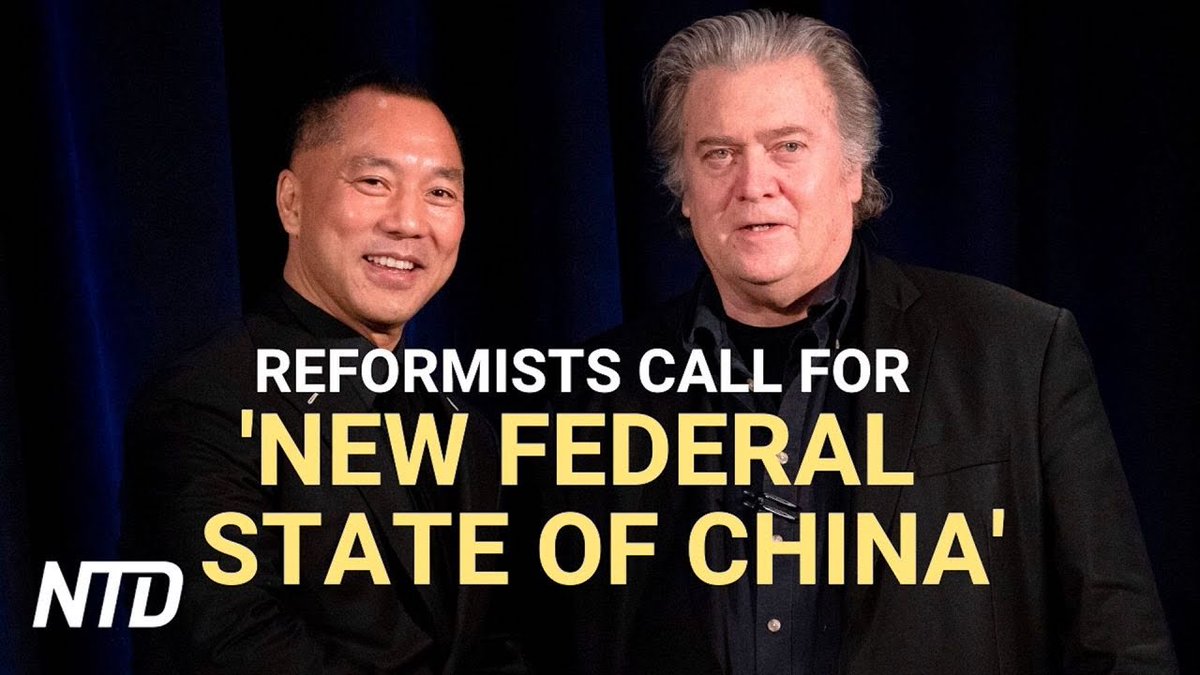 There are multiple ways to embed @DrDannielle's unrolled thread: