Thread by @tequieremos: "If this Chowkidar gives pertinent answers to the questions I'll ask about Inspector Mohan Chand Sharma who was killed by the evil nexus of [...]" #chowkidarchorhai

Fidato @tequieremos
Read on Twitter Save as PDF
If this Chowkidar gives pertinent answers to the questions I'll ask about Inspector Mohan Chand Sharma who was killed by the evil nexus of RSS-IB then we all will raise slogans of 'Vande Matram' or else he'll chant #ChowkidarChorHai.
So here I begin.

1. Why a decorated officer like M.C.Sharma was transferred from the prestigious Special Cell of the Delhi police to the non descript Police Training College at Jharoda Kalan widely perceived to be a punishment posting few days before the Delhi bomb blast 13 Sept '08 as

Now instead of joining the new post, he had proceeded on leave. What could be the reason behind this unceremonious ouster from the Special Cell of Delhi Police? Was there any serious lapse on his part or

(contd)
did he knew something about the RSS involvement in terrorist activities which Delhi Police didn't want him to know? And then the important question arises, why was he called back so urgently for the operation when he was on leave and his posting orders were released?

(contd)
Why was Inspector Sharma not allowed to wear Bullet Proof Jacket in a close combat operation when other cops were wearing? 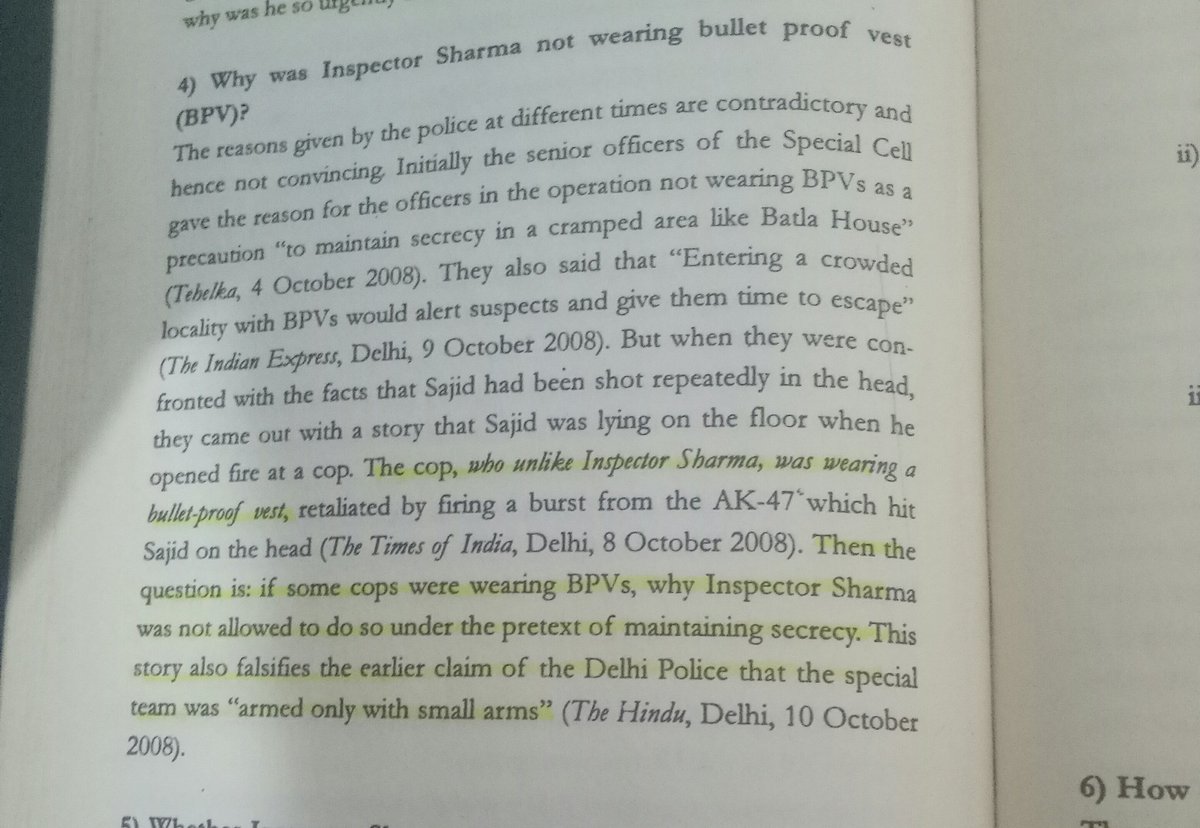 Why were the two terrorists who killed Sharma in Batla house allowed to escape by the cops?

Why was their a contradiction in the statement of Delhi Police, Dr Rajesh Chawla of Allopo Hospital and the senior dr at AIIMS who conducted the postmortem on whether Inspector Sharma was hit from the front or the back? 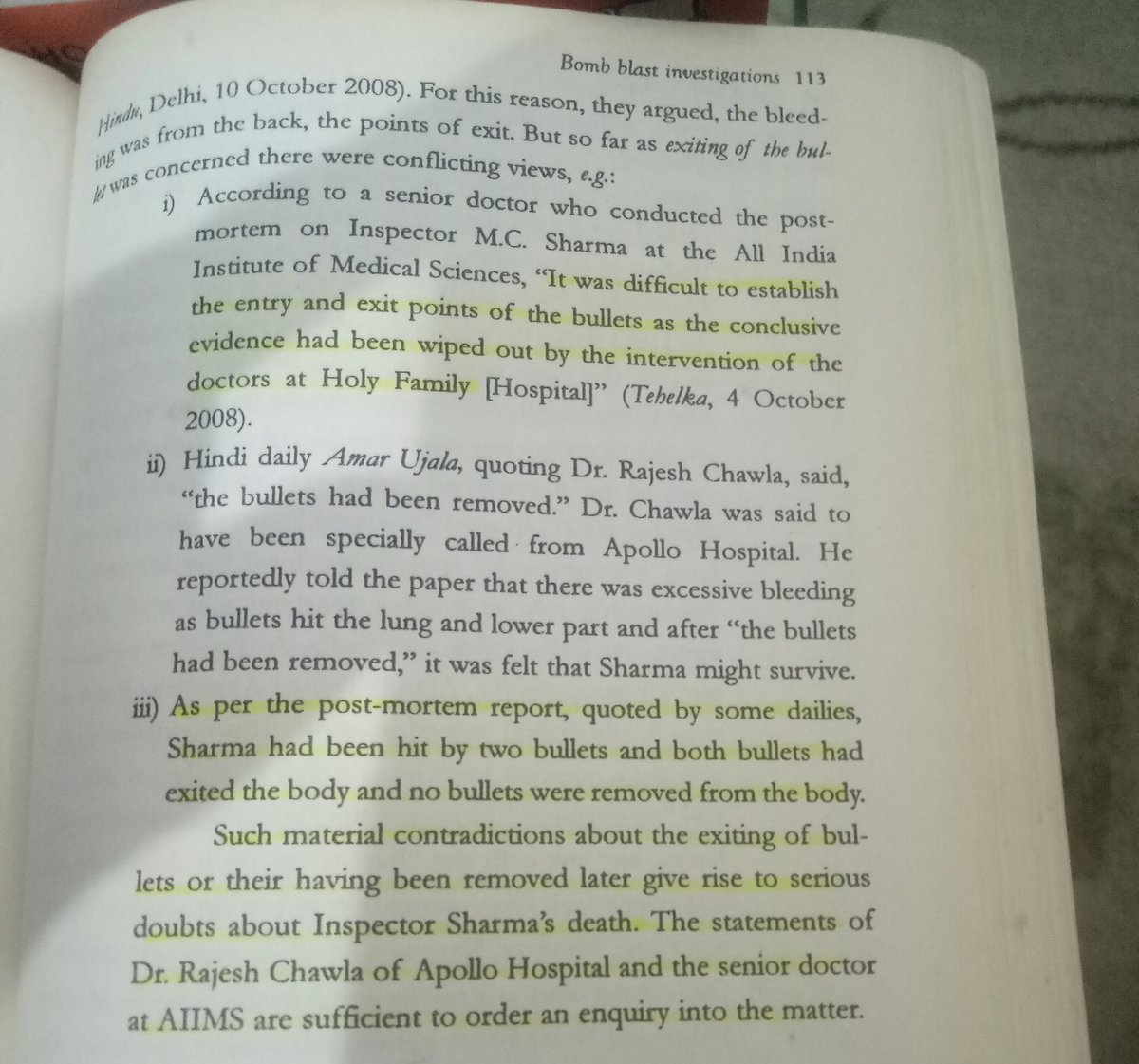 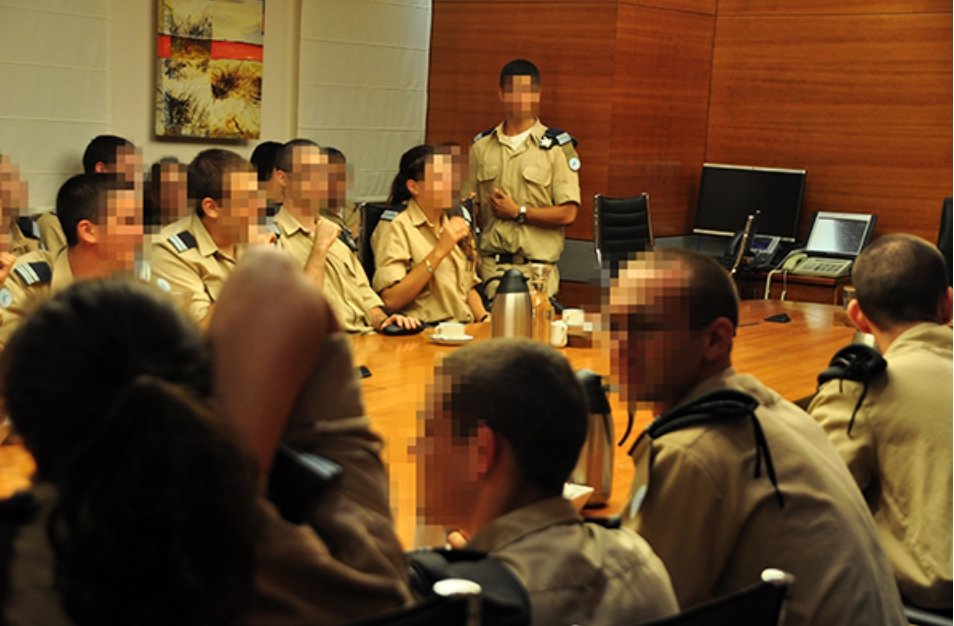 ‘Talpiot- the most elite unit of Israeli Defense Forces’ Israel established a research institute called ‘Talpiot’ for it's soldiers after the 1973 Yom Kippur War in which the Egyptian and Syrian forces launched a surprise attack. More than 2,000 @IDF soldiers were killed. [1]
Talpiot is a program strictly for Israel's geniuses. It was proposed by a physicist, Felix Dothan, from the Hebrew University in a letter he gave to Colonel Aharon Beth-Halachmi who was head of the air force’s Technology Department at the time of Yom Kippur War. [2]
As per the proposal, the soldiers inducted for Talpiot program would go through a 40-month training program— the longest in the @IDF —and each would receive a degree in physics, mathematics or computer science while completing combat training. with the elite paratroopers. [3]
+ 12 more tweets 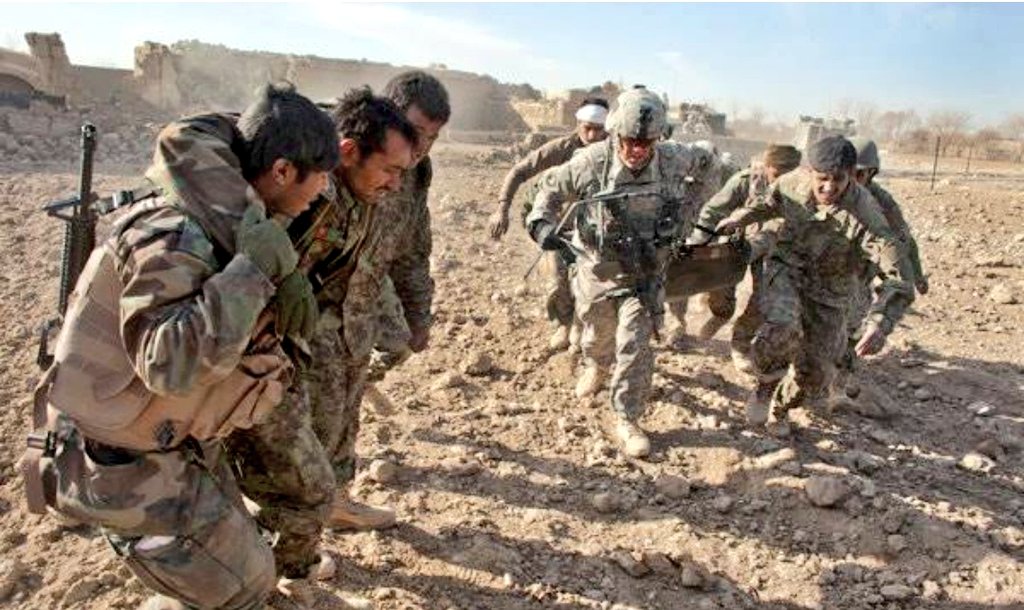 In 2010, the US forces deployed it's Second Combat Brigade of the 101st Airborne Division to fight the war’s most decisive battle against Afghan Taliban in the Arghandab valley of Kandahar. Colonel Kandarian who was commanding the brigade went for a reconnaissance of the area...
..with his armed escort. He sent his Afghan interpreter to talk to children he saw hanging around. “What did those kids say to you?” Kandarian asked when interpreter returned. “They said, ‘You can build your fort anywhere, because when gardens grow, the Taliban will run at you.”
Colonel Kandarian thought, If that’s what an eight-year-old understands, what do the local adults know? “How far do you get on patrol?” Kandarian asked a forward American officer he met. “About a kilometer.” “What happens after that?” “After that, they think we’re Russians.”
+ 5 more tweets

Kathryn Brightbill 🖋️
@KEBrightbill •
Roe isn't the end game. Lawrence and Obergefell aren't even the endgame. Griswold and the entire concept of a constitutionally protected right to privacy is the endgame. And then they'll ban birth control once Griswold is gone. They've been telling you this for decades.
It wasn't hyperbole when people tried to tell you that conservatives wanted a government small enough to fit in your bedroom. That's what throwing the right to privacy out the window gives them.
After the right to privacy goes, they're going to revisit Bob Jones v. United States and find a religious freedom right to segregation on the taxpayer dime. And then they're going to go after the civil rights cases. They've told you that openly for years.
+ 10 more tweets

Firstly, I apologize if this case has taken place way back then and may be unnecessary to be brought up. I've been holding onto this traumatic phase of my life for almost 3 years and I just want to vent it all out now. I hope everyone can understand. Your opinion is all yours.
The reason I made this thread and account are also because I think if I keep my mouth shut for even one day forward, he might do things even harsher and nastier than what he did to me, to others. Though I'm trembling to do this and remember everything, I want to keep going.
This thread might be long so, read it at your own risk 🥺
+ 37 more tweets

2021 was our biggest Black Friday Cyber Monday ever! Together with our friends at @GoogleCloud we achieved near-perfect uptime while averaging ~30TB/min of egress traffic across our infrastructure. That’s a massive ~43PB/day! Here are some of the most interesting stats 🧵?
To keep up with the traffic over BFCM our Core MySQL fleet performed over 11 Million QPS and delivered 11 TERABYTES per second read I/O.
⏪ Rewinding for a moment — preparing for an event of this scale doesn't happen overnight. In anticipation of BFCM 2021 we began load testing back in July! To better simulate real global traffic we spread out our load generation across @GoogleCloud's global network.
+ 8 more tweets 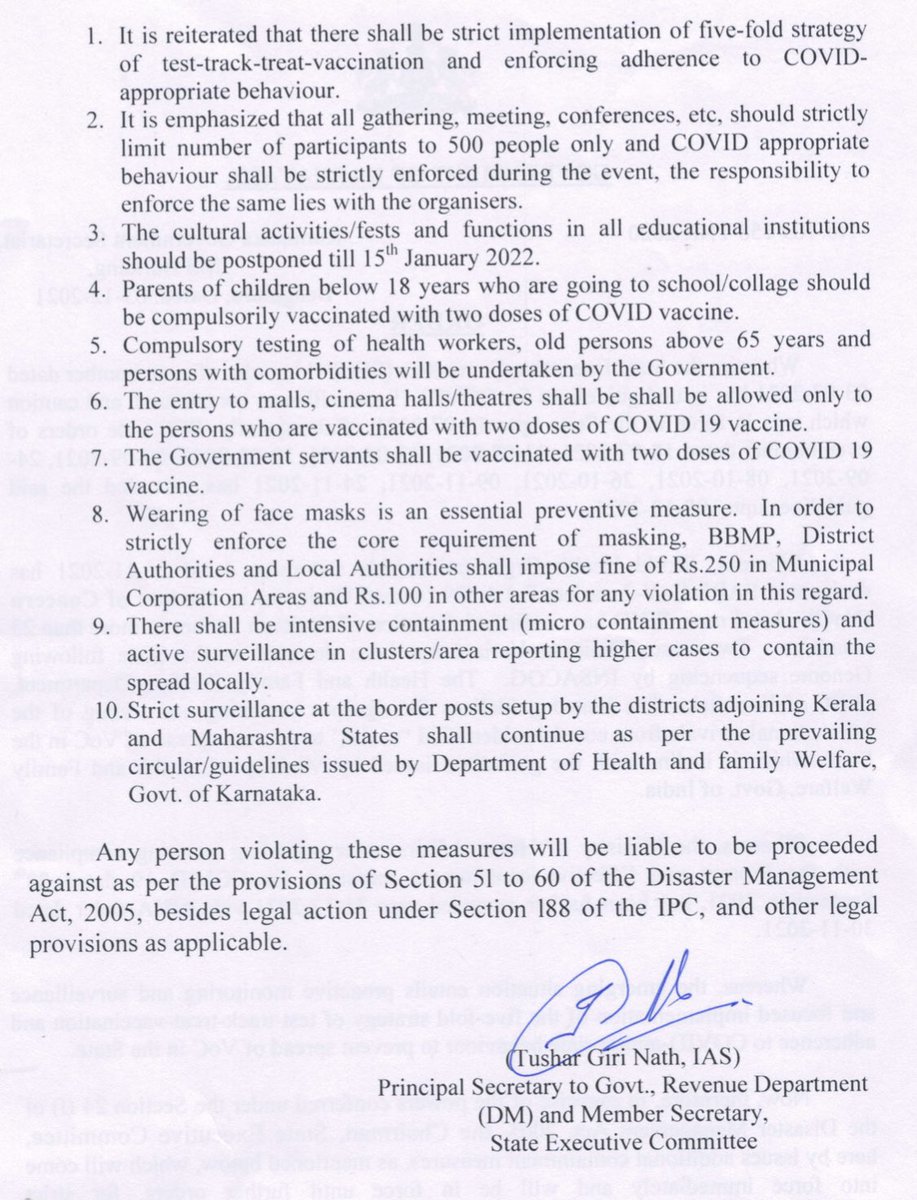 #Karnataka introduces updated #Covid19 guidelines after detection of #OmicronVariant cases, based on recommendations by technical advisory committee, health experts: -All cultural activities/fests, functions postponed till 15 Jan ‘22 in all educational institutions. (1/4)
- Parents of students (aged below 18) going to schools, colleges should be mandatorily vaccinated with boses doses or #CovidVaccine - Entry to malls, cinema halls, theatres only to those vaccinated with both doses of #Covid19 Vaccine. (2/4)
-Permitted attendance for all gatherings, meetings, conferences, etc to be limited at 500. Organisers to be held responsible for ensuring #Covid-appropriate behaviour. -All govt servants to be mandatorily inoculated with both doses of #CovidVaccine (3/4)
+ 4 more tweets

There are multiple ways to embed @tequieremos's unrolled thread: