I have never known JT or his fake news platform to care about any veteran so could this be a message to his DS pals? Let’s look at this closer.
Dale Wayne Quick Heres the Obituary: Dale Wayne Quick
Dale Wayne Quick, 91, Lincoln passed away June 13, 2019. Born November 20, 1927 in Leonardville, KS to George and Genevieve (Maple) Quick. Ret. maintenance engineer, U. S. Postal Service. U. S. Army Korean War Veteran.
Member of Saint Paul United Methodist Church.
There are no known survivors. By all accounts, Dale led a simple life however, he was honorably discharged from the U.S. Army after faithfully serving his country for nearly 7 years from 1947-1955.
We are appealing to any and all
veterans, veterans’ clubs and organizations and our community to attend Dale’s service to honor an individual who so selflessly served our country.
Dale’s wife Caroline passed away in 1987 at the age of 42 and he has lived at Lancaster Rehabilitation Center for the last 17 years.
Funeral Service: 10:00 a.m. Monday (6-24-19)
Roper and Sons South Lincoln Chapel,
3950 Hohensee Drive (sw corner of 40th & Yankee Hill Rd) with Rev. Jane Florence officiating.

Utah Department of Environmental Quality
you can go back and look at the thread that @Americanlll and @40_head and I worked on showing the links to all the DS weird habbenings with Jason A. and hopefully our posting on that prevented a FF of a concert being below a major reservoir during flood stages. We think someone
listened and this concert was relocated and prior to JA performing a major Lightning strike took place if you have seen that video it was bad. The other acronyms fof DWQ are as follows:
But the craziest one on here was dream world quest and I had to look up to see what that meant. Lo and behold it is a video game and what I’m wondering is if this was a communication to get them to go chat on it

The development comes against the backdrop of tensions between the United States and Iran that dramatically escalated last week, when Washington accused Tehran of being behind attacks on two oil tankers in the Gulf of Oman.

Most of the Watch Quotes from Q either have something to do with watch the water, watch the news or simply to do with the pen in the watch there is something earlier that caught my eye
Before I show you what I found and I’m hoping that others can jump in and help complete this thread let’s take a look at what is his pen actually looks like 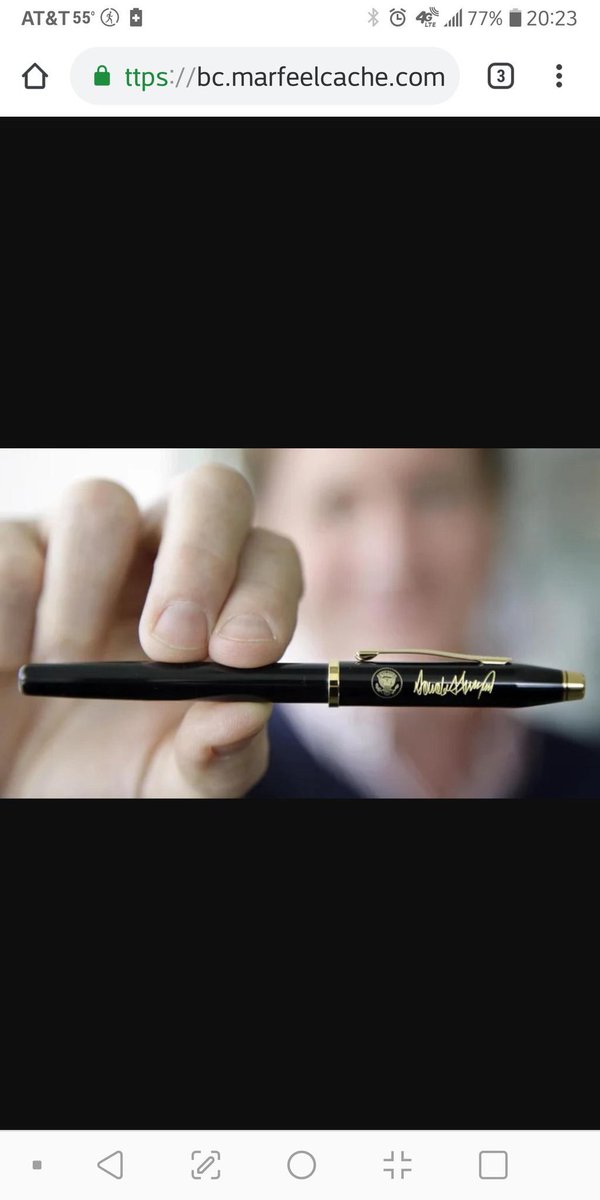 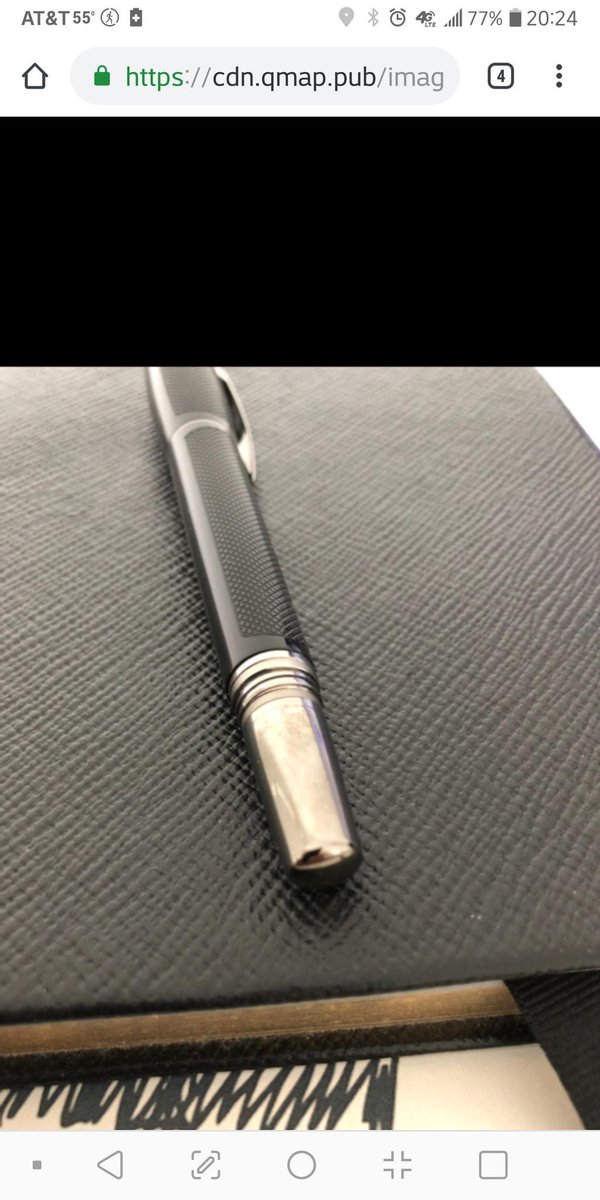 This all starts to get very interesting because @love4thegameAK posted this 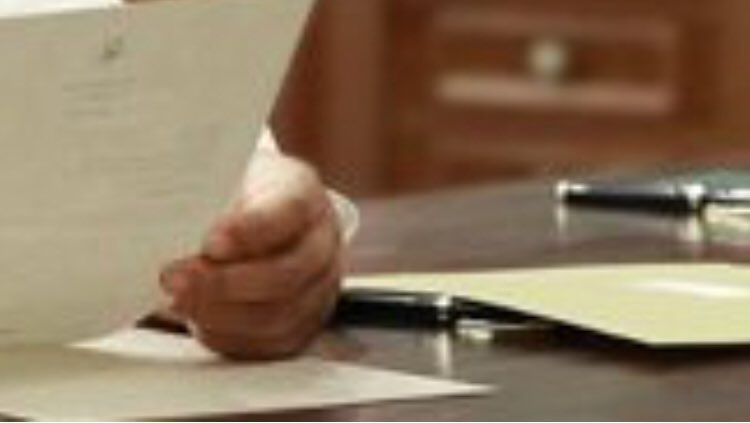 My take on this is that we have now free both Iran With the massive clown organization arrests and With Kim Jong dressed in white, who normally wears a dark suit. Is it time is it dark to light?
Declass or OIG Time And this was simply a message of panicked telling everyone to meet in that specific chat room to discuss escape plans who knows but here’s all the information I’ve discovered along with this Q post
As always stay frosty see something say something if you find something you think that will add to this please feel free to do so going to throw this out in hopes that other anon can refine it @qanon76 @Americanlll @40_head @Real_EllieBrown @Bruno062418 @love4thegameAK @lori_dee1
If the arrest of the clown organization in Iran are true! This would be a clear indicator that Iran is woke! And freed Showing us clearly that it was the clown organization that shot down the drone trying to start another war
Anons Are Prepared for What Is about to Take Place https://www.qmap.pub/read/3014 #Qanon #WeAreTheNewsNow #FactsMatter #WWG1WGA #WakeUpAmerica #UnitedNotDivided #SaveAmerica #GreatAwakening

I think Divisions of water Quality should be on high alert for any shillery!
One of the things I wanna make perfectly clear is the same thing that @Americanlll @40_head And myself have always said we do not have all of the answers and we are not always right but that’s why we do this I could care less about how many followers I have I only care about the
Amount of followers I have for one reason out reach the amount of people that get exposed to the findings that fellow anons post. When #WWG1WGA_WORLDWIDE or #WWG1WGA is in your profile you need to be on the team it’s not where I go it’s where we go I want to make this clear
@Americanlll @40_head @qanon76 myself and countless other anons are not here to get a book deal or sell Q shirts for profit We are patriots we are here for the love of our country we are here to provide freedom for future generations much love goes out to all those
With this same philosophy and for those that have strayed we will welcome you back just make things right!

RED, WHITE & BLUE ANGEL🇺🇸Orange Anon⭐️⭐️⭐️
@IQUQWEQ •
1)Been doing a lot of thinking on exactly what is taking place. What I will tell you is that a lot of it we are not going to know until it does happen that is just part of the plan. On the other hand those of us that are digging providing information we are the plan at least
2) The Part that researches and exempt information exposing corruption. There are many people that still do not believe they have been lied to. It’s a difficult task to convince someone who has been media propagandized with hate. Hate is an emotion that clouds all other judgment
3) It prevents someone from thinking logically so in order to get someone to be willing to look at the truth we must find a way to remove that hate. I only know of one way and that is through prayer. To get these individuals to wake up and realize that they have been lied to!
+ 21 more tweets

SaaSTux 🐧🏖️
@SaaSTux •
🐧!!! How To Fail Early in SaaS GAME !!!🐧 RT, DM ME ANYTIME Must haves to fail early, high iteration saas methodology/checklist: 0) saas idea that is NOT a tautology saas (saas2saas != crash resilient b2b
5) Host website, market like crazy for 4weeks and see if it sticks. metrics = no. of sign ups and no. of direct user feedback in inbox plus instinct and asking significant other.
4) Whole saas stack roughly planned and boilerplats in place, clean Proof of concepts (POC) technically validated
+ 8 more tweets

There are multiple ways to embed @IQUQWEQ's unrolled thread: