1) He told a journalist that for years he and Trump were "best friends"
2) He told a journalist he underwrote Trump's purchase of Mar-a-Lago
3) An associate told a journalist that Trump *went to Epstein's home* on 12/24/17
4) There are signs he managed cash for MBS
PS/ I came into possession of these facts personally, as I know the journalist. I facilitated this info being sent to major media, and nothing was done with it. From the start, I feared if the information were not published quickly, it would encourage the false representation...
PS2/ ...of the Epstein case as being disconnected from Trump, which would (in turn) lead to less vigilance in overseeing it. One of the things I feared was that Jeffrey Epstein would be killed or be allowed to kill himself. That has now come to pass, so I won't be silent anymore.
PS3/ None of those involved know the truth of Epstein's claims. But media must now investigate whether Epstein underwrote Mar-a-Lago, whether Trump visited Epstein's home around Christmas 2017, and whether the $18 billion in oil money Epstein was investing in the U.S. was MBS's.
PS4/ I'm livid at myself. As a journalist I knew this info had to go public as soon as possible, and said so to everyone. I knew there were dangers to it breaking too late. And now it's too late. There would've been more vigilance on Epstein if his ties to Trump had been clearer.
PS5/ All I can do now is say that Epstein claimed he and Trump had been best friends for years and that he underwrote Trump's Florida home, and that per an associate of his Trump was in that home in late December 2017, despite telling America he hadn't seen Epstein in many years.
PS6/ It's definite that Trump was in Florida during the period he allegedly visited Epstein's home. To do further work to confirm Trump was there would require an investigative team for a major-media outlet. And of *course* a journalist should also ask the president if it's true.
PS7/ I will repeat again that these are claims made by the late Jeffrey Epstein, so they will need to be further investigated. But I will also say that they were made to a journalist and that they track with public information, and therefore they have some indicia of reliability.
PS8/ That Epstein and Trump were very close for a period of time is clear, and there's even some *video* evidence to substantiate it. That Epstein has had a connection to Mar-a-Lago and even recruited at least one victim from Trump's Florida home (a Trump employee) is also clear.
PS9/ Epstein telling a journalist he was managing $18B in US investments for a Middle Easterner involved in oil, then the FBI finding a framed photo of MBS in his house, suggests, given that MBS is one of the few people in the world with $18B to invest, there may be a connection.
PS10/ I expect to have more to say about all of this in the coming days.
NOTE TO MEDIA/ The Trump-Epstein Florida visit was *approximately* December 24, 2017. The info is that it was a couple days before December 26, 2017, so December 22nd or 23rd is a possibility as well. That whole week in 2017 (during which Trump was in Florida) must be looked at.
NOTE TO READERS/ As should be very clear from this thread, I'm not making *any* claims about Trumpworld involvement in Epstein's death. I am passing on claims by Epstein and saying if media had done more with this info earlier perhaps Epstein would have been more closely watched.

JFC. Woke up and learned rather fundamental "free speech ≠ free reach" discussion hasn't penetrated to the NYTimes op-ed editors. Weird mix of both-siderism and neurotic need to offer "contrary view" to choose to use NYT to amplify this, a view already widely expressed online?
But hey, someone who has actually been on the internet later woke up and changed the headline to at least indicate that while the NYTimes may /publish/ people who think giving Minneapolis the full Fallujah treatment is great, it is not the paper's own, explicit, editorial line.
I can't imagine what this was like especially for black NYTimes employees, and across the company and newsroom. And spare a thought for the (black) editor, who just may be thinking "I did NOT need this in my life", but doesn't have a say in decision...
+ 2 more tweets 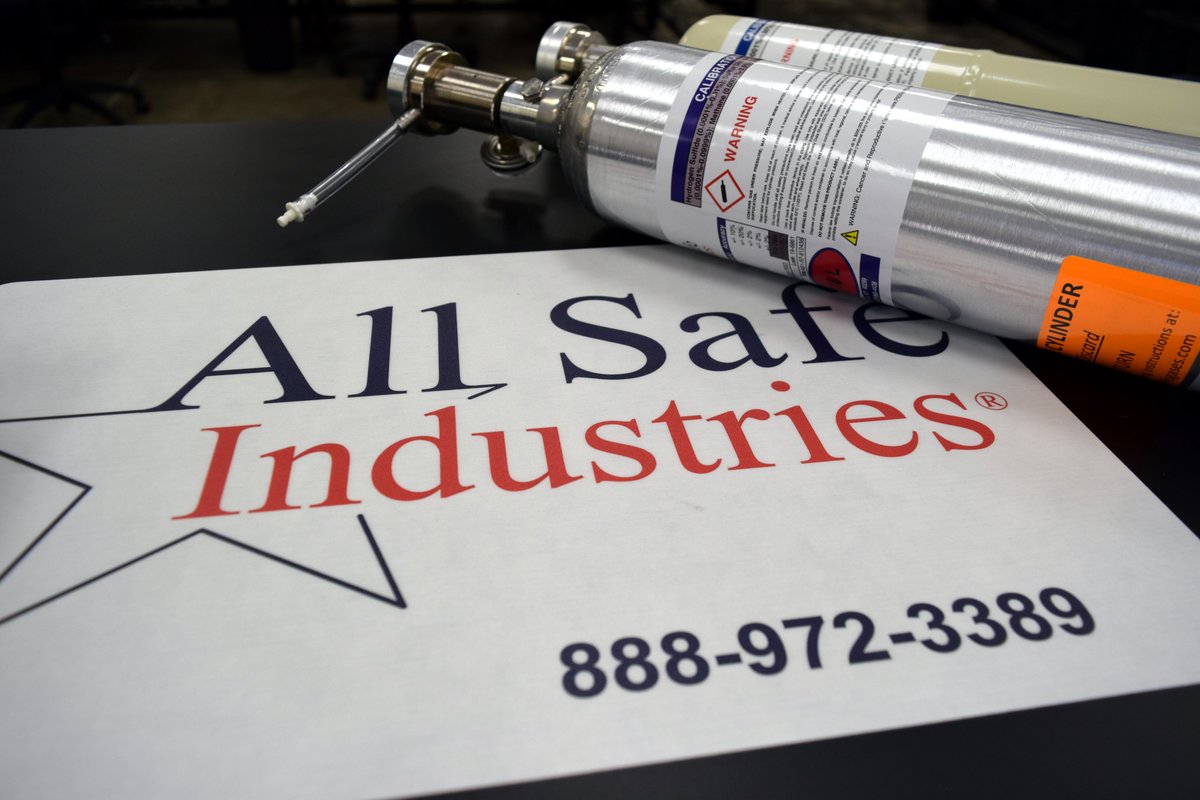 We hope everyone is staying #SafeAtHome. In order to provide the products needed to combat the #COVID19 pandemic, our employees are still available to offer the quality service we are known for, even if most employees are working from home.
Stay safe everyone!
Our instrument shop is still operating, both through the mail as well as drop-off orders. To avoid walk-in traffic, please feel free to fill out our service request form online https://www.allsafeindustries.com/Gas-Detector-Service) and call us to arrange equipment transfer once you have arrived at our office.
+ 2 more tweets