Thread by @MD_Nalapat: "Among the numerous unsung achievements of Prime Minister P.V. Narasimha Rao was the quiet way in which he resisted the fierce pressure of [...]"

Prof. Madhav Nalapat @MD_Nalapat
Read on Twitter Save as PDF
Among the numerous unsung achievements of Prime Minister P.V. Narasimha Rao was the quiet way in which he resisted the fierce pressure of President Bill Clinton to hand over at least the Kashmir valley to the terror groups sent across the border from Pakistan.
As any exhaustive investigation into the actual sources of the billions that have flowed into the Clinton Foundation would demonstrate, the 43rd US President was—and remains—as consistent a backer of the Wahhabi International as Senator Lindsey Graham... .
Whether it be Abdullah or Mountbatten or Patel, the emotions of India’s first Prime Minister were decisive in the fashioning of policies whose effects cast a terrible shadow over India even after the lapse of seven decades.
Throughout his tenure, PVN Rao worked at ensuring that Pakistan-sponsored efforts at detaching Kashmir and Punjab from India failed, empowering those such as KPS Gill and General K V Krishna Rao who he felt could reverse the slide created by defective policy in the past.
During the 1990s, whether it be CNN or BBC, the New York Times or the Washington Post, report after report came out that painted India as the villain and Pakistan-sponsored terrorists as saints.
Even visible genocide, such as the expulsion of Kashmiri Pandits from Kashmir, or the systematic destruction of Sikh and Hindu places of worship in the disturbed areas, were ignored by these and other foreign television channels and newspapers... .
Despite the numerous terror attacks in North America & Europe, the same media outlets that stood by the GHQ Rawalpindi terror gangs in the 1990s have rallied yet again, this time to condemn the move of Modi to finally remove that monument to the “Two Nation” theory, Article 370.
This columnist had pointed out more that once that Modi 1. 0 was 20% Modi, 40% Vajpayee and 40% Manmohan Singh. With the Balakot operation and now with the scrapping of Triple Talaq and Article 370, the percentage of “The Real Modi” in Modi 2. 0 has risen from 20% to 80%.
North Block should be made by the PM and by the Finance Minister to remember that Gujaratis around the world did not prosper because of police methods, but because they were given freedom to do business, and were treated with respect, including by Chief Minister Modi.
And what of the New York Times, the Guardian, the Global Times, the Washington Post, the BBC and CNN (Al Jazeera is in a special case ... ) that are daily airing reports that are a facsimile of the kind of reporting that was indulged in by them during the 1990s?
Will the New York Times or the Guardian demand that non-Muslims should not be allowed to settle in those locations in Detroit or Bradford where there is a majority of Muslim inhabitants?
Both Russia and China have provinces where there is a “majority of the national minority”, but will the GHQ Rawalpindi-backing Global Times demand that people from the rest of China should not be allowed to settle in Xinjiang?
Demand an Article 370 in “minority as majority” locations in your own countries before heaping obloquy on Narendra Modi for being the 1st PM since 1947 to jettison the “Two Nation” theory from the only state in the country where the Jinnah-Churchill doctrine still ruled supreme.
Hindus, Muslims, Christians, Sikhs, Buddhists, Jains, Parsis are all the same in a secular and democratic India.

Will NYT or Guardian demand that non-Muslims should not be allowed to settle in those locations in Detroit or Bradford where there is a majority of Muslims?     Among the numerous unsung achievements of Prime Minister P.V. Narasimha Rao was the quiet way in which he resisted the fierce pressure of President Bill Clinton […]
The Sunday Guardian Live

Michael - Heyoka Coach
@barone911 •
Heyoka Coach – Healing Message (thread) 2 ½ years ago on New Year’s Eve day we lost our daughter Jules to an overdose, she was 24. The year following, I was lost in darkness having no idea which way to turn. In the darkness I found spiritual twitter. ...more...
In my first podcast I talk about awakenings and awareness. I start there because my healing messages are targeted for the most vulnerable, the ones at their weakest point – our young. I try to offer them hope, that I am there for them – that we are there for them. ...more...
We speak of hope. Not only for our children, but for all of us. When we heal - each of us, we heal our family. We heal our friends. We heal anyone we talk with, anyone that will listen, or that is searching for light from the shadows. ...more...
+ 6 more tweets 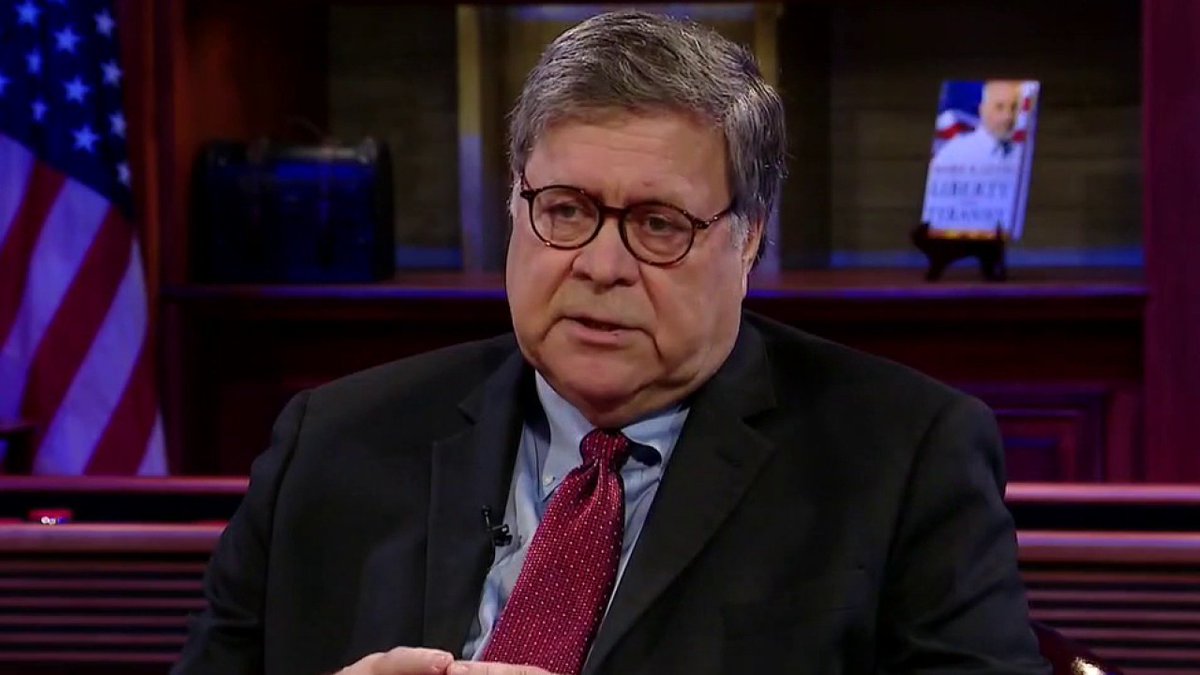 Buckle up, people. We have to dive deep into Bill Barr, the history of theocratic fascism in Ameica, white supremacy as religion, and explain again why the Evangelical Right treats Trump like a savior. Here's what I learned writing AMERICAN RULE. 1/
First, it's important to see this. The Attorney-General of the United States, Bill Barr, claiming the Left has "withdrawn from classical liberal values" and is obsessed with "secular religion." This is...a lot. And the history is chilling. 2/
People need to understand that Bill Barr is incredibly dangerous, and his tenure as AG has been dedicated to using the DOJ to create a Christian theocratic system that is antithetical to democracy or freedom. The first step to stopping him is to understand what's happening. 3/
+ 31 more tweets 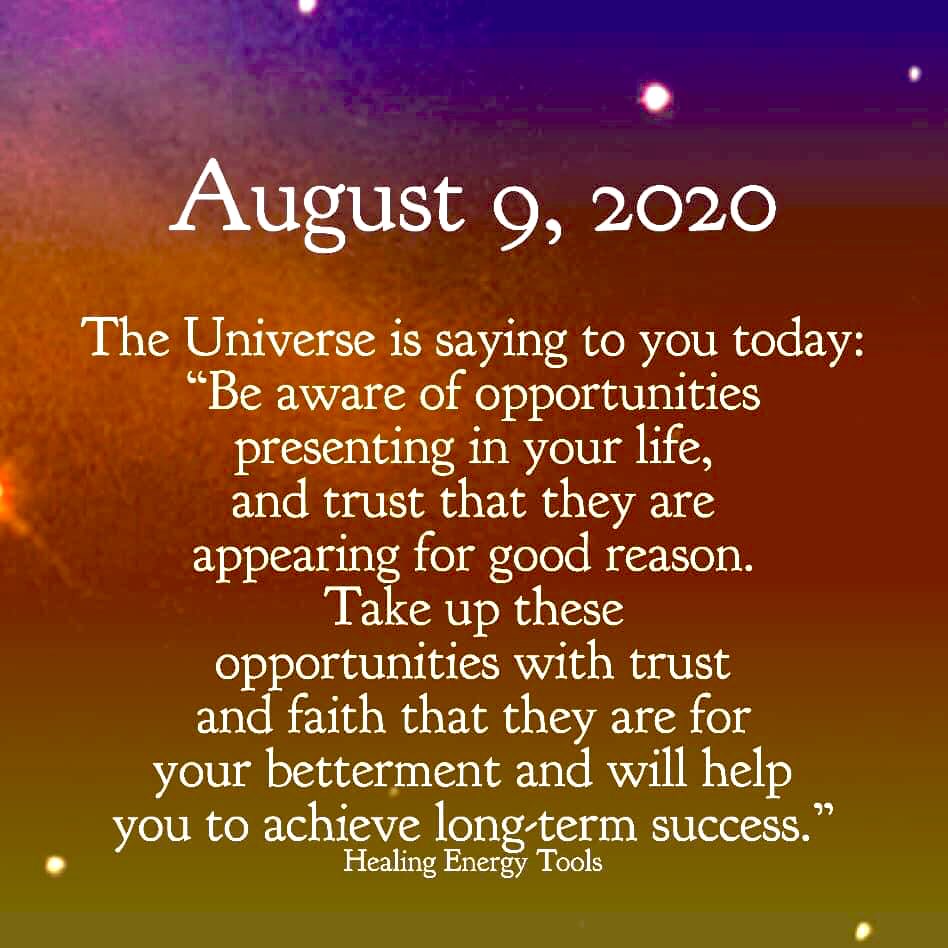 Things you can’t even imagine are being aligned for you. So many miracles have already happened in your life that you can’t explain but always celebrated when it did happen. Think of what you’re getting ready to receive in that way too. It’s all happening for you in unexpected..
ways but deep down your heart and inner most desires are felt and picked up by the universe. Your intentions are magnified and all will be aligned for you! We see a world where the veils have been lifted, the lies revealed, the fears dispelled, and our courage restored..
so that now we are all unencumbered by illusions that no longer serve us. And in their place, we now see life unfiltered, as it really IS, beautiful beyond description, abundant beyond measure, expanded and exalted beyond anything we have ever imagined. It is in a world..
+ 3 more tweets

There are multiple ways to embed @MD_Nalapat's unrolled thread: