Thread by @DemolaRewaju: "There’s a dimension to our efforts on #AtikuIsComing that I’ve been reluctant to elucidate here because of certain ethnic angles to it - b [...]" #atikuiscoming #abbaiscoming

Demola Olarewaju @DemolaRewaju
Read on Twitter Archive
Archive to PDF: This thread can be removed from Twitter at anytime. Archive this thread to PDF, save and print. It is a premium feature and costs $5 per month.
There’s a dimension to our efforts on #AtikuIsComing that I’ve been reluctant to elucidate here because of certain ethnic angles to it - but as we countdown to the PEPT decision this month, I think it is important that everyone understands.

First let me clarify a few things:
I don’t see Nigeria as a divide of Northern and Southern Nigeria and in fact, many people didn’t - until Buhari, because his mindset is locked in the first impression of the colonialists way before the amalgamation.

Even they (the colonialists) quickly realised differently.
“The Nigerias” even as at that time was administered provincially, and then after the amalgamation, broken down into three regions but still in respect of the ethnic and cultural diversity, administered in Divisions to recognise the diverse ethnic groups in each region.
The idea of a Southern Nigeria has never existed in the sense of a Northern Nigeria and those who assume that false idea underestimate the effort of Uthman Dan Fodio centuries ago to unite the North in culture and religion, built on further by his descendant, Sir Ahmadu Bello.
Those familiar with my political thoughts before now know my clarity on this but it’s important to precede what I want to say with that explanation - because I will refer to Southern/Northern Nigeria, which is how the rigging of the February 23 election was designed.
Since elections were introduced in Nigeria in 1922 by the Clifford Constitution, the areas referred to as Northern Nigeria have never come close to doubling the electoral figures from the areas referred to as Southern Nigeria.

It had never happened before.

It happened in 2019.
Anyone who thinks #AtikuIsComing is about Atiku alone is grossly mistaken.

Those who rigged the election of February 23 rigged it to lay the ground for future elections in Nigeria from 2023:

And I should clarify again: ethnocentrists exist in every ethnicity, not just the North.
If the INEC figures are probed further as some of us have done and which is why our energies are deployed in this regard relentlessly, it shows an inconsistent pattern, for example:

This is why INEC denied the entire server.
For the North: PVC collection increased by 25.6% from the 2015 figures to the 2019 figures, voting increased by 6%

Actual server result showed voting increased by 22.7% - they cut down much of Atiku’s votes in the North but cut it down much more in the South to lay the ground.
If you look at the electoral result by INEC against the PVC collection rate by percentages on a state by state basis, the behaviour of the figures are absolutely erratic and inconsistent from a statistical POV.

I won’t bore you with the state by state but look at the zones:
SE: PVC collection went up by 30% but voting declined by 20%

If you compare them with the figures with the e-collated results which INEC denied but Atiku presented to the PEPT, the pattern is more consistent with voting behaviour and exposes how they rigged with an ethnic agenda in view:
They reduced both Atiku and Buhari votes in the three zones of the South to return low overall numbers - 2015: 12m voted, 2019: 9.19m voted.

NW was greatly reduced.
Those who think this entire PEPT issue is about Atiku or PDP do not understand the wider implications of the 2019 presidential election result as announced by Mahmoud Yakubu - they’ve created a template to achieve future electoral victory figures solely from one part of Nigeria.
Understand again: since election figures have been coming out of Nigeria almost a century ago, the pattern of the figures of 2019 have never been achieved and they are statistically impossible to achieve without a correlational increase in population or migration.
I should end by saying that this doesn’t necessarily bode well for the Northern zones - what it simply means is that the North will become battleground in future elections, and what we may see is the suppression of dissenting votes against the incumbent party in power.
Kano became more of a battleground in elections and we saw what followed: the entire machinery of the APC Govt was turned out to compromise the political will of the people which we believe will also be upturned with #AbbaIsComing

But the implications are dire for all of us.
INEC till date has failed to provide clear breakdown of voting results from PU to PU - those figures presented are largely fabricated to achieve an ethnic agenda.

Again: ethnic domination is an agenda of some people in various ethnicities, fighting for their own.
The ethnocentrists in power aren’t different from ethnic warlords such as Ogundamisi or Nnamdi Kanu - they just don’t have power and we can’t be deceived into voting them.

Some of us choose a Nigeria where every ethnicity is equal and respected - it’s the only way to co-exist.
Those who wrote this election result will be afraid if ever any other ethnicity takes over - ethnocentrists are always afraid.

We voted a Nationalist in Atiku because we are Nationalists, more especially our Northern friends who understand the consequences of ethnocentrism.
I don’t see Southern and Northern Nigeria, I see Nigeria.

But we are dealing with people who see Nigeria in a divided pattern and rigged the elections in like manner.

#AtikuIsComing isn’t therefore about Atiku or PDP, it is about Nigeria and every Nigerian should be committed.
Anticipate it.
Talk about it.
Tweet about it.
Educate others about it.

Put the Judges in prayer or meditation.

Keep solidarity with us as we stand with Atiku because this isn’t about Atiku or Buhari, #AtikuIsComing is about the Soul of Nigeria as a United Country.
PEPT has until September 15 to deliver judgement, Friday the 13th of September is the last working day but they could also deliver it on the 14th, a Saturday.

The countdown is therefore on but my heart is more on the likely Supreme Court judgement on #AtikuIsComing in November.

More from @DemolaRewaju View All

Thread of my excessive web searching with Ecosia today ✨ (let’s see what things i stumble upon while trying to help plant some trees 👀💚) #ECOSIA4AUS
here’s why people are searching with ecosia today https://blog.ecosia.org/trees-for-australia/
so far i’m at 50 searches and it was mostly pics and info about cute kpop people 😬?
+ 10 more tweets 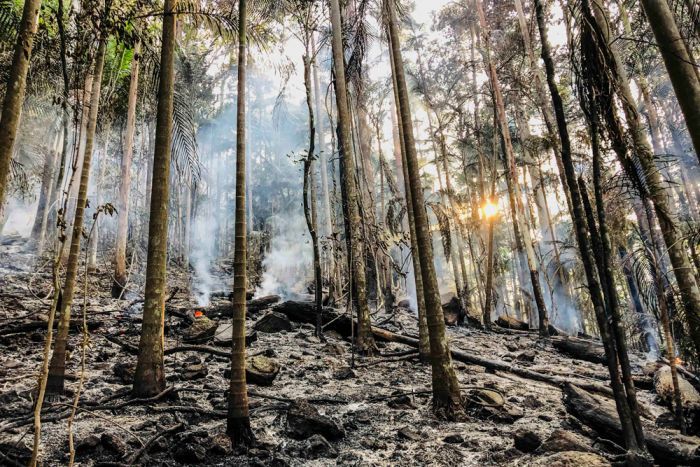 أبو عمّار
@MaajidNawaz •
Re: Indian representation in WWI film “1917” - 1/6 WWI soldiers were Indian (1/5 Sikh) - Sikhs more than 20% of Britain’s *volunteer* army - Over 70K Indians died for WWI Britain Don’t whitewash PoC from our history Yes! Well done @TellMamaUK ✊🏽✊🏽✊🏽 https://t.co/xbG21EJ1
Nitpickers claiming historical inaccuracy by objecting the Sikh was depicted in a mixed regiment, may not have watched the film nor know much about movies: A) They were in transit picking up stragglers (like Schofield) B) it’s artistic licence anyway, a shortcut to tell *a truth*
https://twitter.com/toubedavid/status/1219955857858973697?s=21
+ 4 more tweets

There are multiple ways to embed @DemolaRewaju's unrolled thread: