Thread by @brett_mcgurk: "Regarding Syria and Turkey, there is some disinformation out there (including from the POTUS himself), so here is some background on what [...]"

Brett McGurk @brett_mcgurk
Read on Twitter Save as PDF
Regarding Syria and Turkey, there is some disinformation out there (including from the POTUS himself), so here is some background on what is admittedly a complex matter with no easy or magic formulas:
The SDF suffered thousands of casualties in the Raqqa battle. Not a single American life was lost. Trump later expanded the operation down the ERV. He touts these operations in political rallies but without apparent thought as to who did the fighting and dying.
First: It was Trump (not Obama) that made the decision to arm the Kurdish component (YPG) of the Syrian Democratic Forces (SDF) to take Raqqa, then ISIS’s capital city. He made this decision after his national security team developed options for his review.
Turkish entry by force into NE Syria risks fracturing the SDF, pulling its fighters out of former ISIS strongholds, abandoning ISIS prison facilities, and making it impossible for U.S. forces to stay on the ground in small numbers with an acceptable level of risk.
Second: the United States did not partner with SDF over realistic alternatives. Both Obama and Trump developed and considered options to work with the Turkey-backed opposition, which is unfortunately riddled with extremists, many tied to al Qaeda.
Nonetheless, our best military planners spent months with counterparts in Turkey across both administrations. The only available Turkey-approved option in NE Syria would have required tens of thousands of American troops. Two U.S. presidents rejected that option.
Third: the United States is not “holding” ISIS detainees in Syria. They are all being held by the SDF, and barely so given meager resources. State and DOD Inspectors General have covered this in depth. Summary here 👉
The weapons provided were meager and just enough for the battle against ISIS. (The SDF cleared IEDs by purchasing flocks of sheep.) They were not “paid massive amounts of money and equipment” (as Trump said today). Nearly all stabilization funding came from the @coalition.
The consequences of such unreliability from the Oval will reverberate well beyond Syria. The value of an American handshake is depreciating. Trump today said we could “crush ISIS again" if it regenerated. With who? What allies would sign up? Who would fight on his assurances?
Indeed, the administration expanded the mission and policy aims in Syria while Trump cut U.S. resources by more than 50 percent, leaving our people on the ground scrambling with no backup from the president himself. Misaligned ends/means = policy incoherence & risk.
Trump then (twice) abruptly reversed course after 1) a foreign leader call and 2) without consulting his own military advisors. If anyone still believes Trump cares about Syria, they’re mistaken. He doesn’t and his erratic swings heighten risk to our personnel on the ground.
Fourth: It was the Trump administration that dramatically expanded the Syria mission in 2018 beyond ISIS to include staying on the ground until Iran left Syria and the civil war was resolved (meaning many years). Another example of maximalist objectives for a minimalist POTUS.
Finally: the U.S. leads a @coalition that includes over 80 countries and nearly two dozen contributors to the military and/or stabilization mission in Syria. Leading a coalition requires consultation with coalition partners before major decisions are taken. This is elementary.
Bottom line: These are matters of war and peace, life and death. Our military personnel, friends and allies, deserve deliberation and thought before decisions are made (the essence of “command”). Erratic swings favor far more patient adversaries in Moscow, Beijing, and Tehran.
I discussed much of this in @foreignaffairs a few month ago and stand by the analysis. You can read it here👇

With the impending troop reductions decreed by Trump, Washington must lower its sights in Syria. It should focus on protecting only two interests: preventing ISIS from coming back and stopping Iran 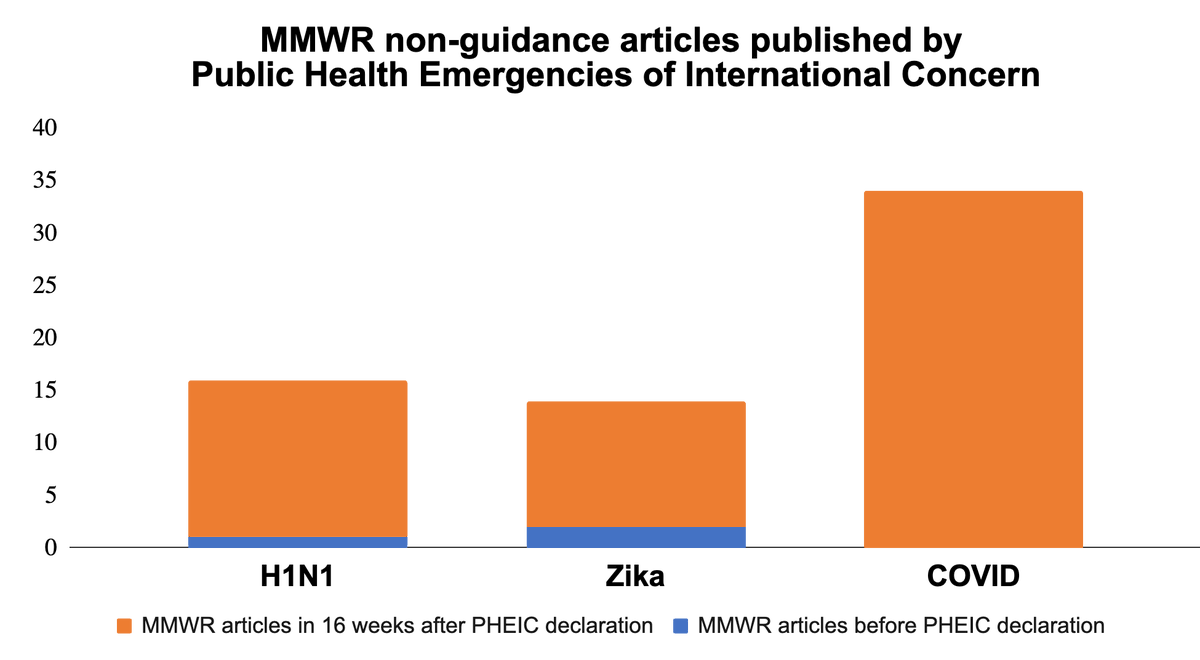 1/ THREAD: The idea that @CDCgov isn’t doing science is—well, unscientific. CDC's 20,000 staff work 24/7 to protect you. Scientific articles in @CDCMMWR now far outpace prior epidemics. CDC & other public health scientists are hitting their stride. Now media must read and report.
2/ The CDC has published 34 deeply-researched articles on #COVID19 in 16 weeks. These are some recent highlights of the important, necessary work the agency has done.
3/ Health care workers are at risk, but infections can be prevented. http://bit.ly/2M8mb5G (April 17)
+ 7 more tweets 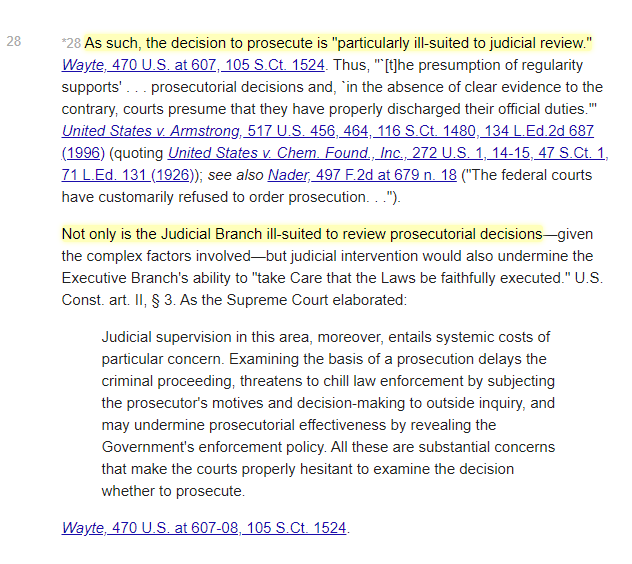 Suhaiymah Manzoor-Khan
@thebrownhijabi •
Whilst we all feel heartbroken let’s recognise that if we’re not black it’s our duty to implement real material changes to change the anti black status quo. In the UK anti blackness is upheld by non black people of colour - south Asians and Arabs especially - in so many ways
Whiteness is constructed through anti blackness, non-black poc subconsciously know this and know that it is much more difficult for black people to access whiteness in the same way so by throwing them under the bus, can benefit. E.G think how “BAME” representation rarely = black
On the other hand u have the way non black poc love to fetishise just the same as white people whilst also not actually wanting to be close to black PEOPLE. Think of the use of the desperate desire of Asians to use the n word but never marry black people; think of colourim
+ 12 more tweets 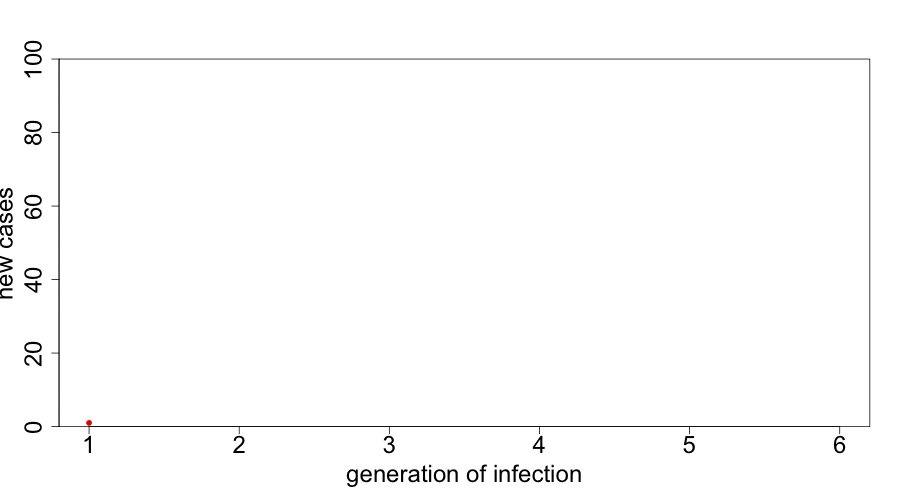 New analysis of sequence data suggests the current US COVID-19 outbreak sparked in mid-Feb. As well as providing insights how the epidemic started, I think this has some important implications for how we interpret what happens next... https://www.statnews.com/2020/05/26/new-research-rewrites-history-of-when-covid-19-arrived-in-u-s-and-points-to-missed-chances-to-stop-it/ 1/
When reports talk about transmission chains and reproduction numbers, it can conjure an image of a clockwork outbreak, e.g. 3 cases infecting 3 more, who infect 3 more... The resulting image is one of a steadily growing outbreak, which may be undetected at first. 2/
But of course we know that COVID-19 doesn't spread like clockwork. Some cases generate a lot of transmission, while most generate little or none. In other words, outbreaks seem to be driven by superspreading. https://www.sciencemag.org/news/2020/05/why-do-some-covid-19-patients-infect-many-others-whereas-most-don-t-spread-virus-all 3/
+ 7 more tweets

There are multiple ways to embed @brett_mcgurk's unrolled thread: