Thread by @cursedsalad: "The Terror-Famine engineered by Judeo-Bolshevik, Lazar Moiseyevich Kaganovich, claimed over 10 million lives in 1932. Many news reporters [...]" #terrorfamine

Curse @cursedsalad
Read on Twitter Archive
Archive to PDF: This thread can be removed from Twitter at anytime. Archive this thread to PDF, save and print. It is a premium feature and costs $5 per month.
The Terror-Famine engineered by Judeo-Bolshevik, Lazar Moiseyevich Kaganovich, claimed over 10 million lives in 1932. Many news reporters were complicit in covering up the scope of this genocide or outright denying it.

Walter Duranty, a Communist apologist, had several stories published by the Jewish-owned NY Times refuting the Holodomor. He claimed the Holodomorwhat was Nazi propaganda and infamously wrote, "there is no actual starvation."

The Jewish-owned New York Times failed to mention that Duranty agreed to be an unofficial spokesman for the Judeo-Bolsheviks. Nevertheless, the NY Times submitted his articles for a Pulitzer. He won.

Incidentally, Duranty was an avowed homosexual and had a lengthy relationship with drug-addled, satanic Kabbalist, Aleister Crowley. The two men also shared a woman - a Jewish opium addict named Jane Chéron - whom Duranty would later marry.

Another member of the "free press" who intentionally deceived Americans about the Holodomor genocide was Jewish journalist, Louis Fischer. Fischer's sympathy for his tribe led him to lie about the crimes of the Judeo-Bolshevik regime. Of course, he wasn't penalized for his lies.

Eugene Lyons was yet another Jewish Communist who, moonlighting under the title "journalist," betrayed and lied to the American public about the atrocities the Bolsheviks were visiting upon millions of women and children.

Joshua Kunitz, who penned countless articles about Jewish welfare around the globe, was another pro-Communist Jew who attempted to cover up humanitarian crimes Lazar Kaganovich and his co-ethnics were committing.

These lies, along with coercion from Franklin Roosevelt's Judeo-Bokshevik advisors, are what led to the US recognizing Bolshevik Russia as a state only months after they engineered a genocide. https://twitter.com/cursedsalad/status/1120498877843550208?s=19

More from @cursedsalad View All

1. "Cultural Marxism" didn't penetrate mainstream consciousness until Bill Lind and Pat Buchanan started talking about it in the early 1990s. But, its roots can be traced back to Marxist Aesthetics which surfaced before the 20th Century.
2. Marxist Aesthetics was particularly concerned with art and its social function. To Marx, art was a superstructural element of social relations of production and a form of social consciousness. All of the Frankfurt School academics were adherents of Marxist Aesthetics 👇
3. Hitler, Alfred Rosenberg, and Robert Ley were fighting this cultural scourge in the 1930s, but they didn't call it Cultural Marxism - they called it Kulturbolshewismus, or Cultural Bolshevism. Cultural Bolshevism was the precursor of Cultural Marxism.
+ 25 more tweets 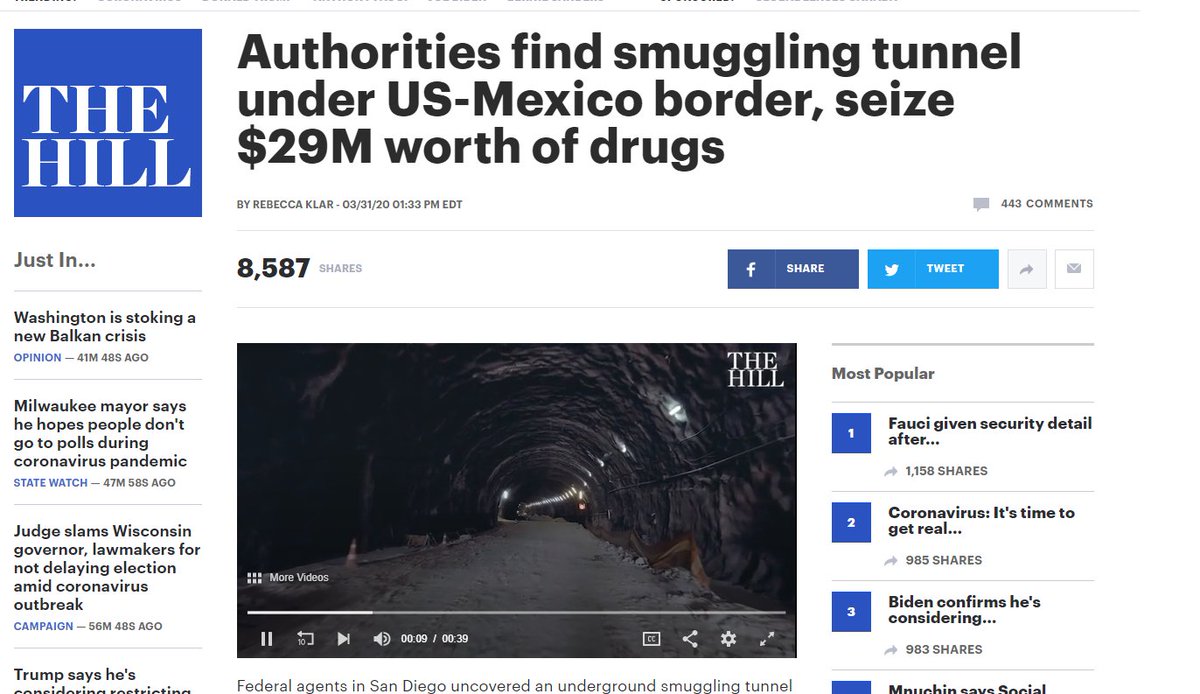 ⚠️⚠️⚠️ Cali Happenings thread! It's amazing that people haven't realized that there is more going on then we are being told. Start here: Please watch the video in the link https://thehill.com/homenews/news/490397-authorities-find-smuggling-tunnel-under-us-mexico-border-seize-drugs
What Americans could possibly be 'stuck in PERU?' https://thehill.com/policy/international/488467-trump-says-us-military-to-help-americans-stuck-in-peru-get-home
Don't think Human Trafficking is an issue in the US? Why do we have over 4x the amount of missing kids than India U.S. population = 330 million India population = 1.35 billion There are just the CHILDREN https://globalmissingkids.org/awareness/missing-children-statistics/
+ 7 more tweets

Claire Golledge 📚
@ms_golledge •
I’m conscious that this week many schools are looking ahead to consider what remote/ distance teaching & learning will look like for them in Term 2. This has consumed my work for the last 2 weeks so I thought I would share a thread here a little about what we have planned & why:
Like many schools who moved to distance teaching on less than a days notice, we’ve had an ad hoc approach of mostly synchronous learning happening for last 2 weeks. Students following existing timetable in real time. It hasn't worked well.
It was the only practical way to do it so quickly, but it has proven to be a totally unsustainable model. Students not keeping up with the work and teacher workload for setting and giving feedback online just too massive. Also confusion from students about expectations.
+ 10 more tweets 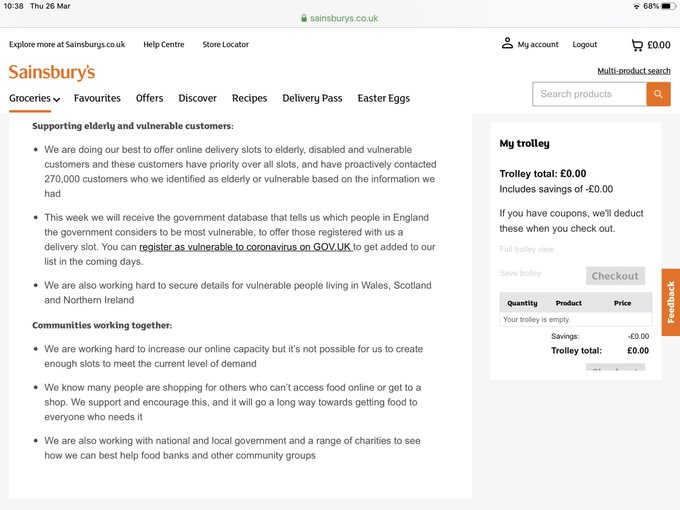 ** Thread for those trying to access priority food delivery slots: ** Ok, so it's taken over 3 weeks, but AT LAST, I have a @sainsburys delivery slot for next Friday. Sod's law, just like a bus, @asda came along at the same time, offering one too! Here's how I managed it: 1/
1st - as someone in the #HighRiskCovid19 #shielding group I registered on the Government site. Now, I know some people have had problems with this. I'll come back to that in a bit. If you think you're in the 1.5 million *extremely vulnerable person' category, even 2/
if you haven't yet had a letter/text from your GP/NHS trust, register here (you can check the box to state you haven't received letter yet.) 3/ https://www.gov.uk/coronavirus-extremely-vulnerable
+ 16 more tweets

Cathy Kirby keeping a social distance.
@CathyKirby65 •
1. If it isn't Mr Creen cyberstalking me, then whoever has run the many anon Twitter accounts vilifying and harassing me for four years has done a very good job in framing him.
2. If, as Mr Creen claims, he has never met the others who have joined in when I am attacked from anon accounts, why does he protect them? Does his hate of me really extend to protecting people he has never met.
3. And if, as Mr Creen claims, he is a Christian, why does he not put his hatred towards me aside and understand that I am telling the truth when I say I have ONLY run two Twitter accounts...this one and Daisy Norfolk.
+ 3 more tweets