This took the recent US-Iran conflict to another level, putting Iraq in the heart of the fight. (1)
#Iraq’s national leaders hoped to avoid having their country being theater of US-Iran conflict.

Three reactions to watch for in the next few hours:
Iraqi PM Adil Abd al-Mahdi, Muqtada al-Sadr, Sistani’s Friday message in the coming few hours, & of course Iran’s statement. (2)
The Iraqi Govt. will try to contain the consequences of this event, which is perhaps the most consequential event in Iraq after the US invasion of Iraq.
But the main challenge will be the armed groups that aren’t controlled by #Iraq’s Commander-in-Chief. (3)
In the short term, this event will force all Americans, especially businesses & travelers, out of Iraq for safety’s purposes.
Iraq’s govt. is at its weakest time, since the PM’s resignation. They will not be in a position to do much for or against either side in the dispute. (4)
This event will also have a direct effect on the demonstrators at Tahrir Square & othe Iraqi provinces, whose calls for reform & Iraqi independence (especially from Iran’s influence) will take a back seat. (5)
Armed groups that were part of the insurgency prior to 2011 will return to their original role.
They will initially hold the Iraqi government hostage to their demand for formally requesting the US to leave #Iraq. A move, if it happens, will give them pretext to use violence. (6)
Asian markets already showed an immediate 4% rise in #oil prices. Expect much higher prices if an immediate Iranian reaction takes place in the coming days. (7)
All the hopes that this development will not lead to a knee-jerk reaction from non-state actors in #Iraq that will lead to an endless series of death and destruction in the country and deny Iraq stability for years to come. (8)
After the killing of al-Muhandis & Soleimani, Kata’ib Hizbollah announced they will publish the name & home address of every member of Parliament who opposes expelling US forces from #Iraq.

This indicates that Iran & its Iraqi allies will target Iraqi friends of the US. (9)
The killing of #Soleimani is a powerful US blow to #Iran.

To put it in perspective, Gen. Soleimani is regionally equally, if not more, important as Iran’s Foreign Minister. (10)
I must note this:

While all TV stations are having live coverage of the killing of al-Muhandis and #Soleimani, an event that may re-shape the future of #Iraq, the official Iraqi TV is running a report on the old spices market in #Mosul. (11) htt 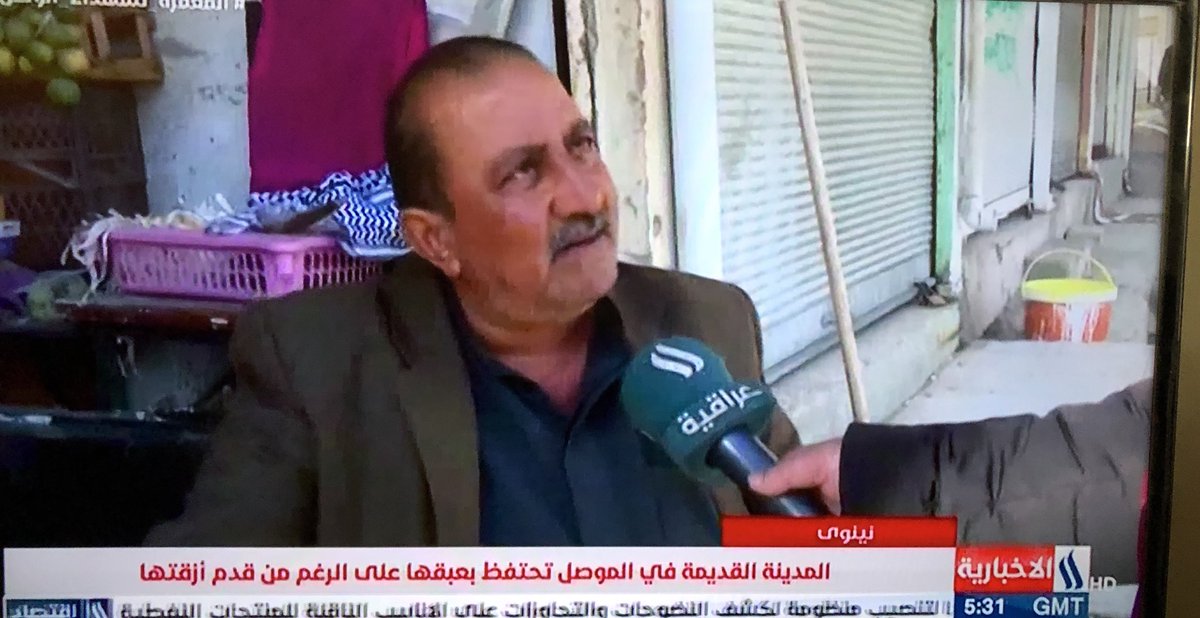 His statement concluded with orders to Jaish al-Mahdi & Liwa’ al-Yawm al-Maw’oud to be “fully ready to protect Iraq.” (12) 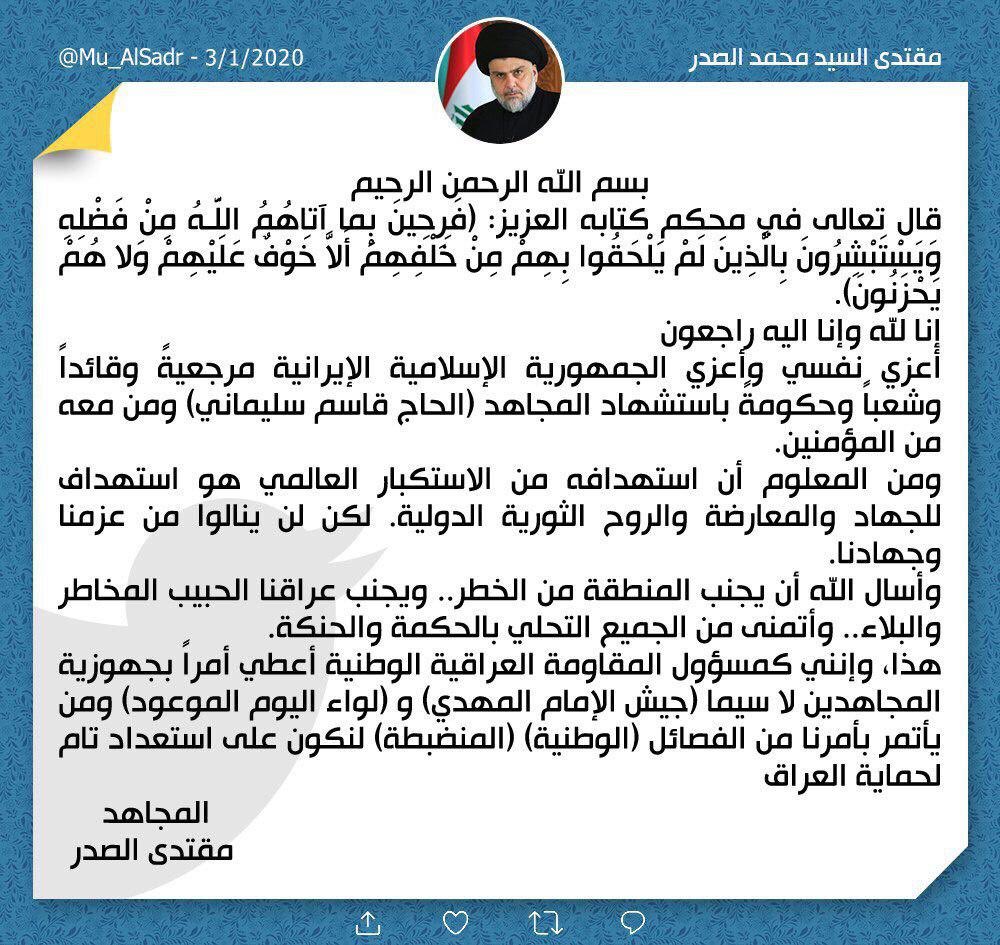 Al-Sadr’s statement did not mention Saraya al-Salam, his armed force which he kept active in the ast years & took part in the anti-ISIS fight.

“The Assassination is a clear violation of he conditions of the presence of US forces in Iraq.” He called it “an aggression against Iraq, people & state.”

Translation: (a) possibly a vote to expel US forces or canonize the rules of their operations in Iraq. (b) throwing the ball in Parliament’s court. (16)
Most important point to consider here is that PM Abd Al-Mahdi has already resigned & in his age, he has no firther political aspiration. He lost most of his legacy in the past two months. His position on this issue can be a back-door to salvage some of it. (17)
Just in:

1st. Deputy Speaker of Parliament MP Hassan al-Ka’bi calls for an emergency session on Saturday to address the US military operation that targeted Al-Muhandis & Gen. Soleimani. (18)
As I predicted, in tweet # 4 of this thread, the US Embassy is ordering IS citizens to leave #Iraq “immediately”. Iraq will not be safe for Americans for an extended period from now. (19)

Friday Prayer Sermon is about to start in #Karbala. Grand Ayatollah #Sistani’s statement is expected. Thos will set the tone for the reaction to the events of past hours in #Iraq. (20)
Grand Ayatollah #Sistani's short statement read from Karbala, called the US attack a brazen aggression on Iraqi sovereignty, praising those who were killed as "heroes in the anti-terror fight". after condemning the earlier attack on the PMF. (21)
Grand Ayatollah #Sistani's statement read from #Karbala also called on all parties to to practice self-restraint as #Iraq is moving toward hard conditions. (22)
UPDATE: another attack on PMF medical crew near Taji (northern #Baghdad). Initial reports that PMF leaders were killed had been denied.
Also, the US-led Coalition denied it conducted any operations in that area.

This press release from #KRG President @IKRPresident shows agreement between the @KRG & the federal Government of #Iraq on the recent developments in the US-#Iran conflict. (24)
https://president.gov.krd/en/a-statement-from-kurdistan-region-presidency/
The @UN_Spokesperson on the latest #Iraq news:

“The world cannot afford another war in the Gulf.”

⭕️ UPDATE:
As I predicted in an earlier thread, the days of US significant military diplomatic presence in #Iraq are numbered. (26)

⭕️ Iraqi Parliament voted today to compel the government to end US military presence in #Iraq.

Prime Minoster Adil Abd al-Mahdi who blocked similar attempts last year announced his agreement & said it’s better for both countries to disengage militarily. (27)
⭕️ Meanwhile, the @Iraqimofa raised to complaints to the @UN & #UNSC regarding the US bombing of al-Qaim and bombing at Baghdad Airport. This is the first time in post-2003 US-Iraqi relations. (28)
https://www.mofa.gov.iq/2020/01/?p=7424
More from #Iraq this morning:

G.A. Sistani to A. Khamenei: “The news of Haj #Soelimani’s martyrdom caused me a lot of pain.” (29)
⭕️ #Iran announced that it “will enrich uranium without restrictions”.

We may see an Iranian withdrawal from the #NPT in the near future if the situation gets worse, as N. Korea did. (30)
"If this vote tells us anything, it confirms that if Iraqis are cornered and forced to choose between the United States and Iran, they will find it safer to choose Iran."

My remarks to the New Atlanticist. read take of the @AtlanticCouncil's team here:

The Ethereum community has accidentally solved a major problem of the Internet: Single Sign-On "Sign-In w/ Ethereum" is the future of login for *every app on the Internet*, crypto-related or not Not just an idea, it's already the norm for web3 & will spread warning long🧵👇 1
First, what is "Single Sign-On"? It can mean different things depending on context, but here I mean: *an average person having one username and password/authentication method that works across all services* 2/
The Internet has no personal username/authentication system built-in IP addresses change & are based on device/location, & DNS was never really meant to be a personal username system But services need to know who you are. So each created their own username/password system😬 3/
+ 24 more tweets

Piers Pigou
@PiersPigou •
The @ZECzim sidesteps critical issues raised in @ProfJNMoyo book Excelgate about 2018 election cook; issues that Constitutional Court also sidestepped. This posture indicates these issues which lie at the heart of the integrity of the electoral process will not be addressed.
@PiersPigou @ZECzim @ProfJNMoyo You are not Zimbabwean, and nothing about our elections turn on what you say or think. Nothing turns on it, NOTHING. You are wasting your time.
Evidently you have trouble comprehending notions of debate and engagement. Ideas so not have geographical confines "comrade" 🤣?
+ 10 more tweets

Nicolas Cole
@Nicolascole77 •
Ghostwriting 101 Over the past 4 years, I have ghostwritten more than 2,000 articles for startup founders, C-level executives, Silicon Valley investors, and more. Want to know a secret? I use the same 5 templates every time. 🧵?
Template #1: The mistakes & the lessons What's the fastest way to provide value to someone else? Point out the CAUTION signs and tell them where to go instead. All great business writing follows this same format: • Decision • Outcome • Mistake • Lesson
Template #2: The frameworks "Want to solve X? Follow 1-2-3." Every great business How To article or thread can be reduced down to this simple formula. • Name the problem • Pinpoint actionable steps • Celebrate outcome Voila. You're now a "business thought leader."
+ 7 more tweets 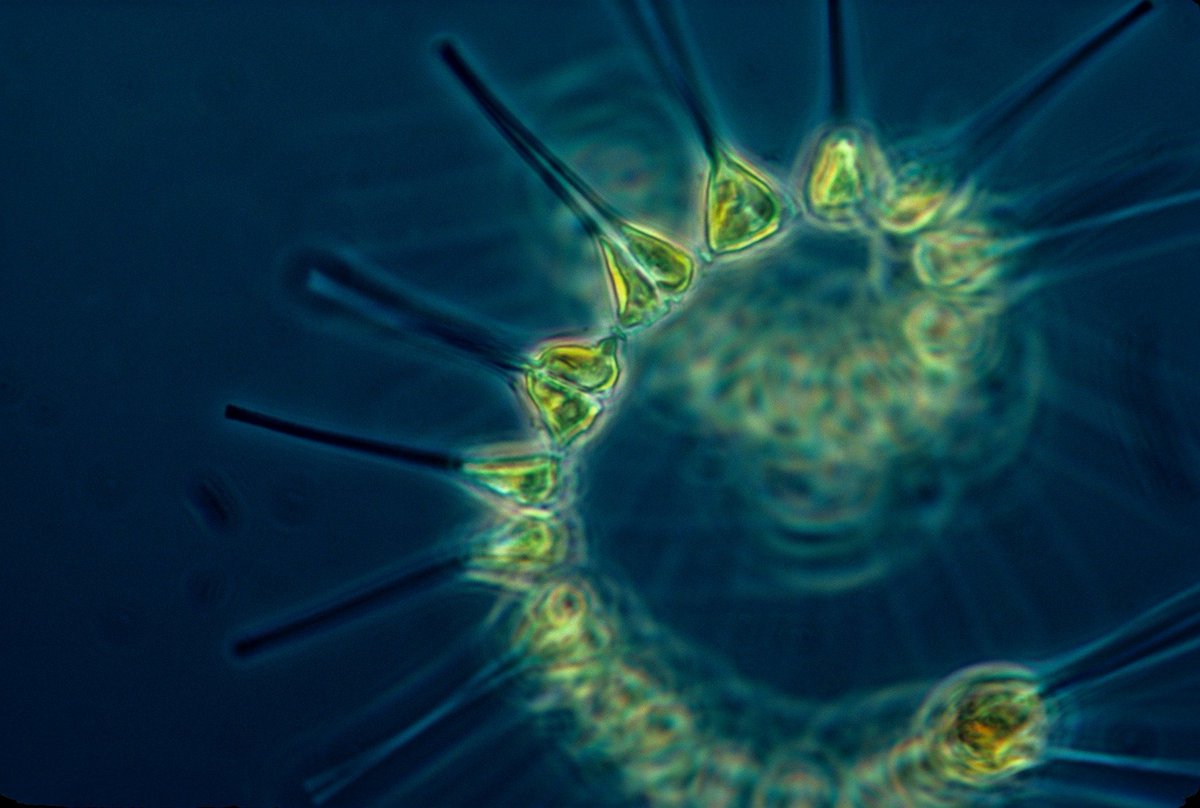 The US election is tomorrow.  If you, like me, are tired of horse-race-style reporting, and need to zoom out, I wanna tell you a story. It’s about an ancient force influencing the election. And, as a bonus, it’ll give you an Easter egg to watch for as the returns come in. THREAD
Before I tell the story, I should say I first heard it eight years ago from @rkrulwich. And I never forgot it.  Parts of this story might be obvious to some of you, but as a new US citizen, I knew very little of it …
Ok here we go. Look at the electoral maps by county for the last few decades of US presidential elections.  You’ll notice that the South goes almost uniformly Republican red every time. Duh. But if you look closer, there’s something else there ...
+ 38 more tweets

There are multiple ways to embed @DrAbbasKadhim's unrolled thread: