Thread by @INMO_IRL: "THREAD: As we've come to the end of the worst-ever week of overcrowding in Irish hospitals, you can look over the previous years using our [...]" #limerick

Irish Nurses & Midwives Organisation @INMO_IRL
Read on Twitter Archive
Archive to PDF: This thread can be removed from Twitter at anytime. Archive this thread to PDF, save and print. It is a premium feature and costs $5 per month.
THREAD: As we've come to the end of the worst-ever week of overcrowding in Irish hospitals, you can look over the previous years using our data and this great tool from @theinfolabie:

>>But this tool allows you to go a little deeper. People generally think of emergency departments (EDs) when they think of overcrowding.

But it's clear that it's increasingly spilling into wards across the whole hospital. These are figures for wards (excluding EDs):

@theinfolabie >> This is a key part of why you might see our figures are higher than the HSE's at times. Their focus is primarily on EDs, whereas we take in other parts of the hospital. >>
>> You can also use the tool to explore individual hospitals. University Hospital #Limerick has been in the headlines for all the wrong reasons this year - regularly the most overcrowded in the state.>> h

>>Not every hospital is increasing. Some, like OLOL Drogheda and Beaumont, made progress since 2015/16, when they got an injection of extra staffing and capacity.>>

>>But while neither are the most overcrowded in the country (as they often had been), they still face unacceptably high levels of overcrowding.

Indeed, Beaumont showed an unwelcome reversal of their positive trend in 2019.>>
>>Finally, a point we'll be emphasising in 2020 more is that it's not just about the big figures in the big hospitals.

>>South Tipp General has 176 in patient beds. Yet it has three times the number of patients on trolleys than James' - a hospital four times its size. >>
>>Is hospital overcrowding the only metric for our health service? No.

But it's a clear, simple indicator. Of the state of our hospitals, the conditions our amazing members work in, and points to where the persistent problem in Irish health is. >>
>> That's why, at 8am every morning, INMO staff and our members produce these figures.

We've been doing it and campaigning to fix it for 14 years. We look forward to a day when we can stop.

More from @INMO_IRL View All 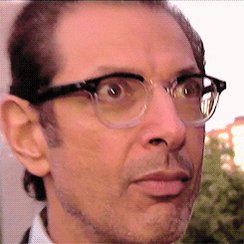 Vivian Vee
@nyvivianv •
Sometimes talking about suffering publicly is weird, especially when you want to stay brave or positive. It's even more true when you were supposed to stay silent about your own negative feelings when growing up.
When I was a kid, saying "I feel depressed" was met with a lot of pushback. First it was "no you're not, it's just a phase." Then it was "Stop saying that. You're manifesting it into your universe."
People even told me that "Nobody wants to be friends with someone who is depressed." For years, I've been convinced, even when proven otherwise, that talking about your negative feelings is only going to alienate you from your friends.
+ 19 more tweets

Thought I would check how the ‘Muslim’ handles who had pledged their support to #CAA are doing. Thread 1/n👇
‘Fatma’ is now Shraddha and has turned staunch Hindu and vegetarian 2/n
Khadija is back to being Yosha and selling her art 3/n
+ 6 more tweets

There are multiple ways to embed @INMO_IRL's unrolled thread: