Thread by @SizweLo: "A Brief History of SOEs in SA State Owned Companies were first established by Paul Kruger, the president of the Zuid Afrikaanse Republiek [...]"

Sizwe sikaMusi @SizweLo
Read on Twitter Archive
Archive to PDF: This thread can be removed from Twitter at anytime. Archive this thread to PDF, save and print. It is a premium feature and costs $5 per month.
A Brief History of SOEs in SA

State Owned Companies were first established by Paul Kruger, the president of the Zuid Afrikaanse Republiek in the 1800s with the intention of promoting local industries and fighting against British influence over the local economy...

[A Thread]
The ZAR govt proceded to place high taxes on imported goods while subsidising monopolies for local manufacturing companies. The strongest connections between the economy and the state was strongest in the railway and electricity sectors
By the 1920s the company South African Railways and Harbours, known as Transnet today was in need of more and cheaper electricity and steel. This is why Jan Smuts' govt established the Electricity Supply Commission (Eskom) in 1923. It's sole aim was to power railways and mines
In 1928, the Iron and Steel Corporation (ISCOR) was established to produce cheap steel rails for the South African Railways and Harbour (Transnet) and to create independence from the profit-seeking European steel makers.
At first, these new SOEs did not receive much government support, and faced competition from private companies.

Eskom survived by selling electricity to it's competitor, the Victoria Fall Power Company at cost (no profit), for the company to sell it on to mines at huge profits
Iscor reached similar agreements with local engineering firms, providing them with raw steel to make finished products. It also "reached an agreement"(colluded) with European steel producers to divide the local market, with Iscor providing approximately 1/3 of steel goods.
In the 1920s and 30s, the govt pursued a policy of favouring white people in industrial jobs as a means of alleviating poverty in Afrikaans-speaking rural communities. SOEs were under the most pressure to hire whites, many unskilled, into their operations
Iscor was facing much stiffer competition & could not afford to raise costs by hiring too many unskilled whites, so most of it's employees were Black, as they were paid much less. Only in specialised roles did they hire mainly foreign white people, due to lack of skilled whites
During World War two, bcos Europe dedicated all it's efforts to the war, South Africa was called upon to supply everything from bullets to blankets to help with the war
The increased local manufacture of so many goods provided great opportunities for expansion for local SOEs, particularly Iscor and Eskom.
In 1948 Eskom expropriated the Victoria Fall company with assistance from the Anglo-American Corporation, which provided money for the buy-out. Eskom then linked all power stations in the country into a national grid allowing for cheaper production of electricity and lower prices
At the same time, Iscor was able to eliminate competition through partnerships with the Anglo American Corporation. Since Anglo was the main buyer of Iscor steel, it bought Iscor in 1945 with no intention of making a profit but to lower prices for itself. However...
The Apartheid govt, was wary of foreign & even local capital and suspicious of the SOEs’ ties to Anglo American. So it refused to provide funds for further expansion of either Iscor’s or Eskom’s facilities. Private-Public partnerships with local engineering firms were also cut
These partnerships were however later renewed when the Apartheid govt saw that production could be increased by allowing the private companies to hire more Black workers, yielding a wage bill that was less than a quarter what it was for whites.
Essentially, the early SOEs could only survive by relying heavily on the extensive use of disenfranchised and thus lower cost Black labour to ensure low charges to its customers. The fact that they were not expected to turn a profit assited greatly.
However, this structure could not survive the flight of capital and the enfranchisement of the workforce that followed in the 1990s.
Iscor was sold; Meanwhile Eskom faced an expanding demand for residential electricity without the financial and marketing support of mining houses. It was bound to suffer, especially when it was now inexplicably expected to start turning a profit, while paying workers a fair wage

More from @SizweLo View All

Proud Mary
@pricinct •
*THIS IS THE MOST POWERFUL ARTICLE I HAVE SEEN ON SOCIAL MEDIA, PLS DON'T FAIL TO READ THIS* I don't know who authored this fantastic piece: it's powerful, full of knowledge, wisdom & educative! Please take time to read it over and over again....
nothing on earth can help the man with the *wrong mental attitude.” As a clergyman, I have watched pitiably how people self-sabotage themselves by seeking spiritual solutions to character-deficit issues. They look around at everybody as suspects for their predicaments when
YOU CANNOT GET BY PRAYER WHAT YOU SHOULD GET BY CHARACTER & OBEDIENCE A man’s character is his fate. Heraclitus Thomas Jefferson, the third President of the United States (US), said: “Nothing can stop the man with the *right mental attitude* from achieving his goal;
+ 27 more tweets

Jᴀᴋᴇ Vᴀʀᴛᴀɴɪᴀɴ
@JakeVartanian •
Happy to fund some @gitcoin grants during this CLR round. Here is the list of projects I supported and why. Thanks @owocki and co for making this possible 😎 And to @VitalikButerin for being a huge sponsor
@abridged_io - Abridged After trying to teach users to use your Ethereum app, you'll understand how important the work @OKDunc @jamesyoung and @ericwchung are doing is.
@PocketMoloch /@nowdaoit - PokeMol and DAOHaus @vengist @DekanBro @samskuhlmann are the homies and are building great tech. Spinning up DAOs and running them on the phone is 👽 technologies
+ 15 more tweets 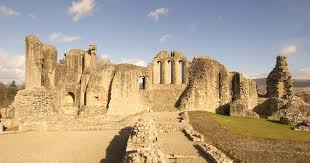 Happy 700th to the Declaration of Arbroath, #Arbroath700 . It was a male concern but for #MondayMotivaton here's a THREAD of cracking 14th century lasses 👇1st, resistance leader, Christina Bruce (yes that Bruce) who held Kildrummy Castle in 1333. Pretty formidable quine. /1 h
Isabella MacDuff, Countess of Buchan, helped crown the Bruce in 1306. She was caged at Berwick for her affiliation with the Bruce cause - this means she was imprisoned in a cage hung off the side of a castle. In the open air. Say, what? I know, the middle ages were fierce. /2
This lass is Marjory Bruce who wd have become Queen of Scotland on the Bruce's death had she not died falling from a horse while pregnant. Her child was saved & became Robert II. Ill-fated, she was also caged at the Tower of London for a while and held prisoner in a nunnery. /3
+ 9 more tweets

Tuomas Malinen
@mtmalinen •
This is something I've planned to do for a long time. There are wide-spread misconceptions on #centralbanks that need to be set straight. So, a (long) thread on why Central bankers are not "superheroes". Let's start with a cheerful poll. 😊 1/26 #Fed #ECB #economics
It seems that majority of my followers are both insightful and wise 👍. The results also lead to the conclusion, which I now try to elaborate a bit more. 2/ @Amdalleq @CNBCJulianna @KellyCNBC @DiMartinoBooth @KatriKulmuni @bondstrategist @BradHuston https://twitter.com/mtmalinen/status/1244993518839517186
First, few words on QE. The purchases of assets in QE-programs are done through commercial banks. Banks buy the securities from other banks, investors and households and the central bank credits the reserve balances to the accounts of banks to balance their balance sheet. 3/
+ 25 more tweets

There are multiple ways to embed @SizweLo's unrolled thread: