Thread by @JohnWHuber: "More proof @RepAdamSchiff's FISA memo was deliberately misleading about "narrow use" of the Steele dossier to spy on @carterwpage Also E [...]"

"only made narrow use of information from Steele's sources about Page's specific activities in 2016, chiefly his suspected July 2016 meetings in Moscow with Russian officials"

"Narrow use" of Steele's sources, and just for the Moscow trip

Reminder: Schiff and staff had full, clear text access to all the unredacted FISAs before they wrote their memo in Jan 2018
Schiff also claimed that only a "specific sub-section" of the FISA applications referred to "Steele's reporting" (the section that discusses the allegation that Page met secretly Igor Sechin and other Russian officials in Moscow in July 2016)

This "specific sub section" of the FISA starts at p.15 (Section III,B)

This is where the FISA first *appears* to mention Steele, and rely on his dossier reporting about Page's alleged meetings in Moscow with Igor Sechin and others - or the "narrow use", according to Schiff

The latest declassification reveals *for the first time publicly* that Section II, p.10 said that:

"[Carter] Page...has been identified by source reporting as an intermediary with Russian leadership" in "a well-developed conspiracy of co-operation" to influence the 2016 election 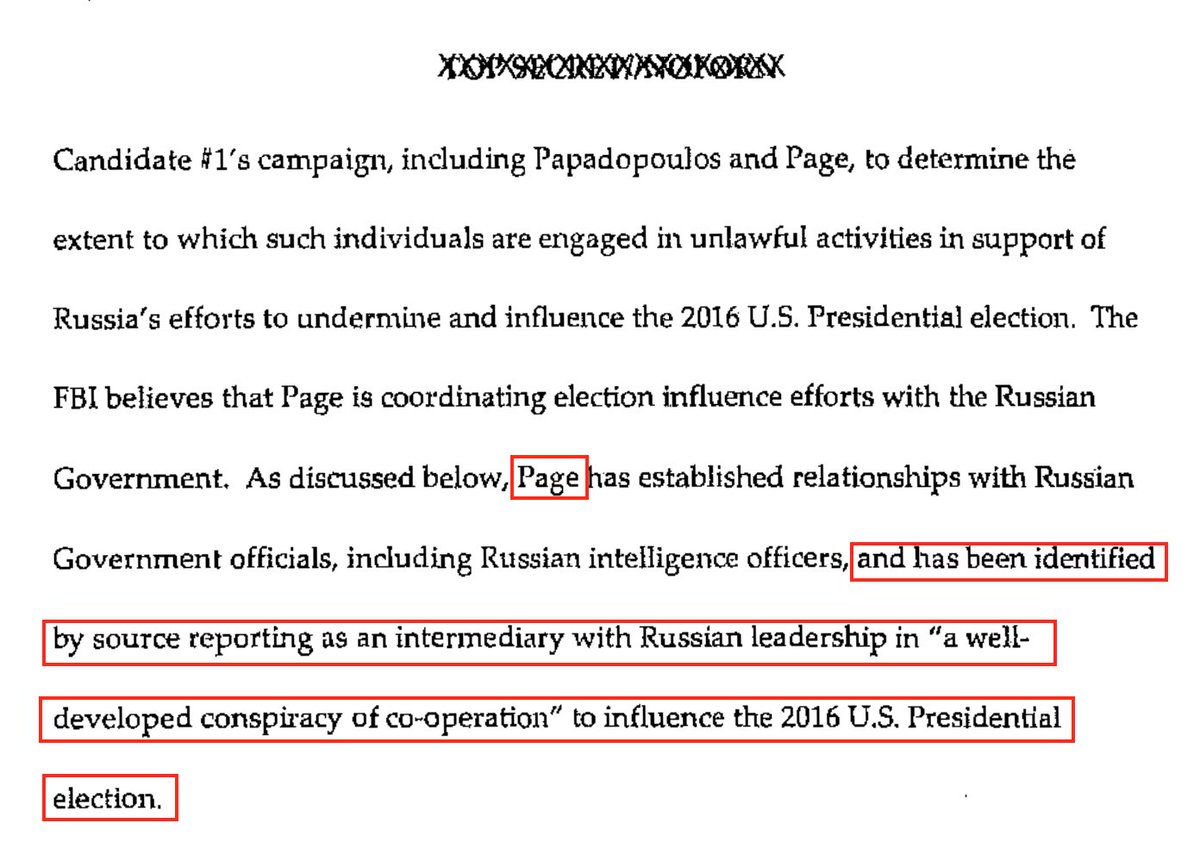 Until yesterday's release, it was hard to 100% disprove Schiff's memo just from the FISA itself. You could rely on the 2019 IG report, but Schiff can claim he didn't know the IG's findings when he wrote his memo

Not true: Schiff knew he was lying at time, in Jan 2018
Section II, p.10 of the FISA was partially redacted in the original release in July 2018. But Schiff knew what was under these black lines - he had full access at the time he wrote his memo. Okay, what do they say? 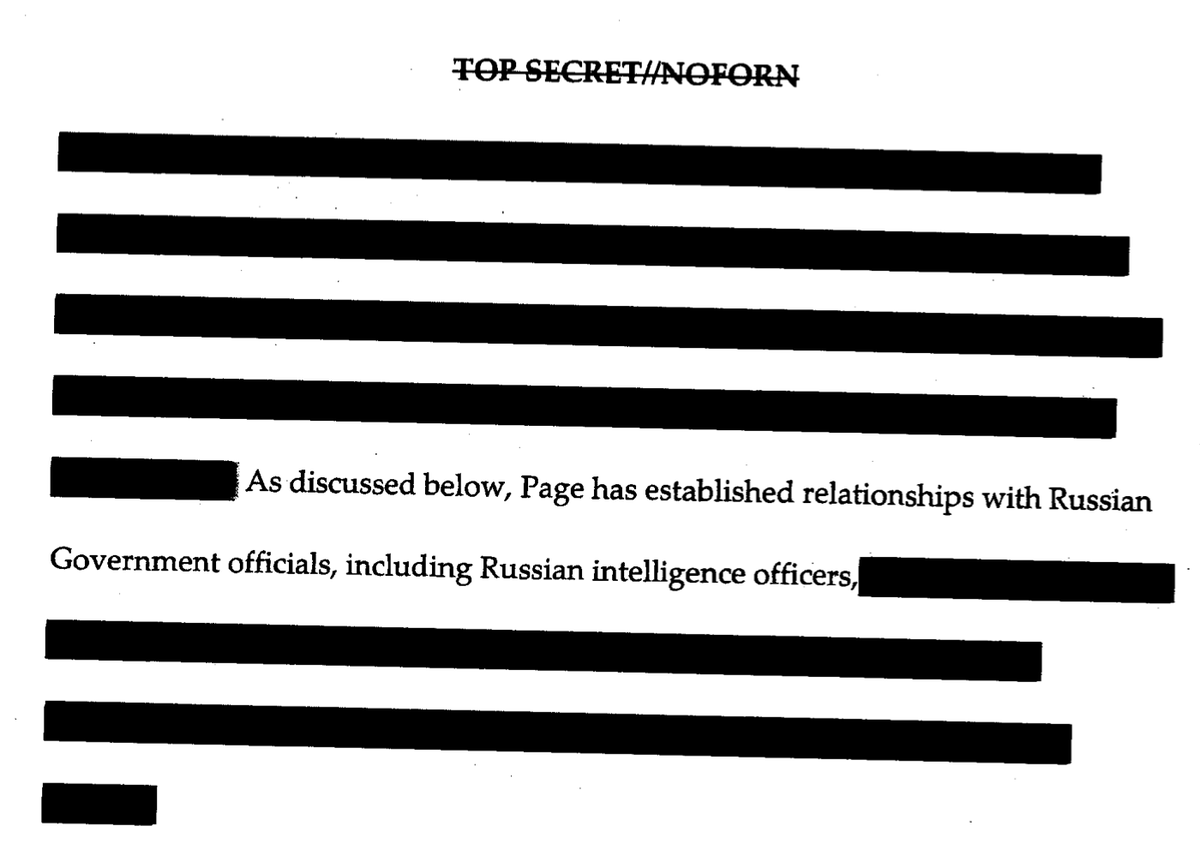 And specifically, the source is "Source E", referred to as "Person 1" by the IG report (referring to Sergei Millian).

That's a major problem for FBI/DOJ:

—The FBI had opened a counterintelligence case on Person 1 for their alleged links to Russian intel *before* the FISA, likely between Oct 3-12 2016
You read that right.

The FBI claimed a Collusion "conspiracy" between the Trump campaign and Russia in a secret FISA warrant application relying on a source they were supposedly investigating for having links to Russian intelligence.

Which they didn't disclose to the court.
SUMMARY (1/2)

—FBI/DOJ also hid the evidence that could refute this
Oh, and this is now the second time it's been proven that the FBI/DOJ literally *cut and pasted* entire phrases and sections out of the Steele dossier and put them into the Page FISA warrant applications. So much for "narrow use":
https://twitter.com/JohnWHuber/status/1205249450123415552?s=20

—The FBI/DOJ used Steele's "source reporting" to claim a "conspiracy" between the Trump campaign and Russia, relying on Source E/Person 1/Millian 🚨

—At the time they wrote this FISA they now claim they also had a CI investigation into Source E/Person 1/Millian?
And of course, the media almost entirely bought into Schiff's spin about "narrow use" of the dossier

Example from NYT:
https://www.nytimes.com/2018/02/24/us/politics/takeaways-democratic-memo.html
Yet more examples from "fact checkers":

None of these guys have corrected their prior reporting, or more importantly, questioned whether they should rely in the future on documented fraudster and liar Adam Schiff for information, given his clearly intentional misrepresentations about the FISA warrants

thread of instances of the soviet union being imperialist
lenin wrote a letter to armenian revolutionary shahumyan in 1913 saying that ”the russian language has undoubtedly been of progressive importance for the numerous small and backward nations” and that ethnic minorities in the ussr do not have the right to autonomy in practice.
in 1920 at the congress of the peoples of dagestan in temir-khan-shura, stalin said that dagestan could not have independence and secede from russia, as that was the only way for dagestan to be “raised to a higher cultural level” and rescued from “the quagmire of ignorance”.
+ 76 more tweets 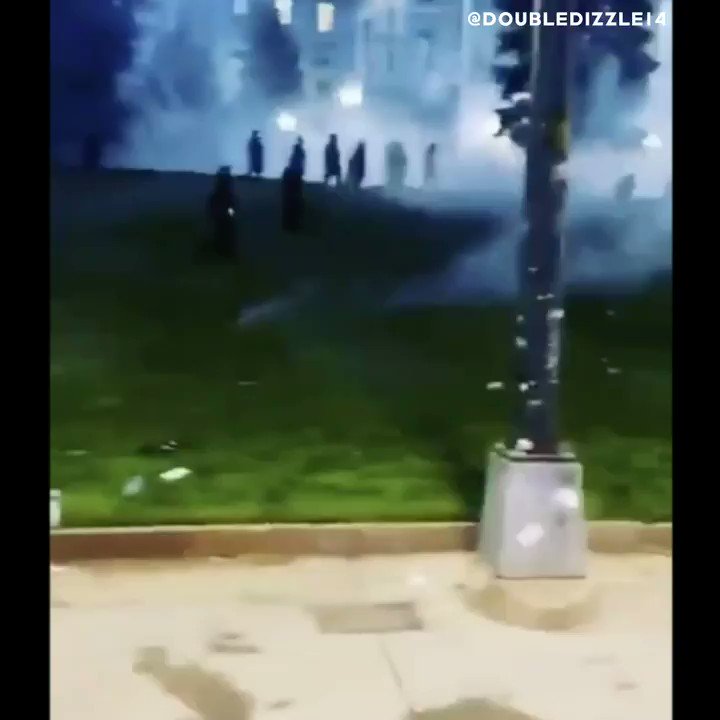