Thread by @COsweda: "THREAD The Democrats go balls to the wall (an aviation term) to reelect @realDonaldTrump. It's quite stunning, but only in the scope of [...]" #trump2020landslide

Carlos Osweda @COsweda
Read on Twitter Save as PDF
THREAD

The Democrats go balls to the wall (an aviation term) to reelect @realDonaldTrump.

It's quite stunning, but only in the scope of the craziness. 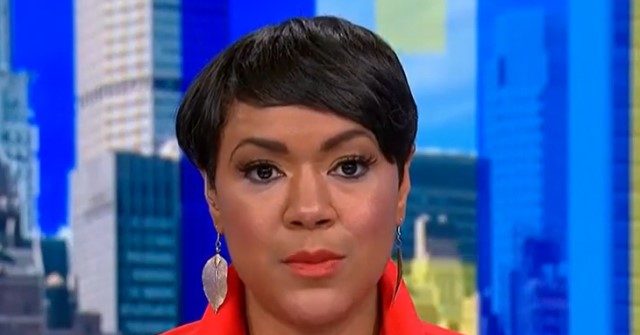 Breitbart
"There needs to be unrest in the streets for as long as there’s unrest in our lives."
Now, since this isn't being allowed in red cities, the rioters, arsonists, looters, shakedown artists, muggers, gangsters, drug dealers, home invaders, and random crazies must confine themselves to BLUE CITIES.

The very people they need to elect Democrats.
So the Democrats are going into the election WITH NO BASE.

No canvassing, no campaigning, no interviews, no questions, and no base.

There is literally no way ANY Democrats can win.

"BUT WHAT ABOUT ELECTION FRAUD?!"
Until you can tell me how the Democrats will put 3 million+ fraudulent PAPER BALLOTS into the system, I won't talk about it with you.

It's too early to know HOW the election will be held.
Trump is harping on mail-in voting AS A DISTRACTION.

He's got something up his sleeve.

Something that will make the Democrats wish they HADN'T demanded mail-in ballots.

The USPS is FEDERAL.

So stand by.
Now, what about the Democrats' thought processes?

The reason they've been screwing up absolutely everything since 2018 is that they've got their script, and they're going to stick with it until the party is effectively dead.
They always said that they kept losing because they weren't leftist enough.

@AOC said, "As long as we have the power, why not swing for the fences?"

A baseball term, meaning go all in.

So that's what they're doing.
Since it's not working, they think they need t o INTENSIFY their efforts.

This will continue until the party is politically impotent.

They base everything on polls.

"MOST AMERICANS SUPPORT MEDICARE FOR ALL!"

What would happen if you asked the RIGHT question?
"Would you support Medicare for all if it meant that you must give up your private health-care insurance, accept wait times as long as at the DMV, massively high taxes, and substandard medical treatment?"

Guess what the answer would be in THAT case?
Medicare for all means a PERMANENT SHORTAGE OF DOCTORS.

After ObamaCare was implemented, I had to wait three hours to see my cardiologist for three minutes.

My insurance costs QUADRUPLED, and I lost coverage on my best medications.
There was some nutter here last night who's all about "individual liberty."

He wants all police departments abolished, no taxes, and no alliances with any other nation.

These people ALWAYS insist on trying to FORCE THEIR VIEWS ON OTHERS.
He says he doesn't need the government to protect him.

That means he wants to spend his entire life in gunfights with roving bands of heavily armed criminals.

He wants no revenue for the federal, state, and local government, so say goodbye to ROADS.
That means we all have to dig our own WELLS for water, and we have to put in cesspools or septic tanks.

What he wants is to return us to the Dark Ages to make HIM happy.
WE ALL HAVE TO SUFFER BECAUSE ONE MAN-CHILD HAS PROBLEMS WITH AUTHORITY.

People like that say they hate totalitarianism, but they say ANY FORM OF GOVERNMENT is totalitarian.

Are you willing to live in the Dark Ages to make one nutter happy?
I'm not.

And I also don't want to engage people like that.

They ALWAYS go looking for fights.

If they ACTUALLY believed in individual liberty, they wouldn't pollute my timeline with barking interrogations and insults.
The thought processes of ALL IDEOLOGUES are identical:

"I believe in magic, and if you don't submit, I'll smash you in the face."

Trump is not an ideologue. Like me, he's apolitical.

He opposes failure and oppression. That's it.
The current rioting is happening becomes the Democrats are trying to apply a 19th century playbook to the 21st century.

An people are dumber and more vacuous than ever.

So prepare for #Trump2020Landslide.
IT IS INEVITABLE.

Everybody is seeing that Trump was able to fix the economy TWICE.

"It was Obama's economy!"

It was beginning to sputter when Trump took over. The damage was so great that it took years to fix it.
The public-private alliance is the new model.

Obama wasn't even ABLE to have conferences with business leaders because he knows nothing about anything.

He overrode everyone by simply telling them to do as he demanded.
The Democrats are reduced to demanding that Trump be removed from office using the 25th Amendment.

If people are SMART--and that's a LEVIATHAN of an if--they'll let this play out.

We can still screw it up.
We can go out with our gunsies and mow down a bunch of people and make the election close or worse.

I fully expect leftists posing as conservative to do exactly that.

The fake conservatives on my timeline are promoting it.
So if people REMAIN CALM, all will be well.

My city has NO COPS anymore, but we haven't seen the mayhem of other cities.

It's because it turns out that NOBODY IN THIS LEFTIST CITY WANTS IT.

A final note:
In my daily interactions with black people, more and more are suddenly saying out of the blue, "Are we good?"

They're worried that I'm going to attack them, verbally or even physically.

THAT is what the riots have done.
I always say, "Of course! We're fine. Listen, I've lived through much worse. We always come back, because we're all Americans. We're all part of the same family, right?"

And they always say, "Right! Thank you. I needed that."

Those people WILL NOT VOTE FOR BIDEN.
So stop being afraid, and don't do anything crazy.

We win by NOT BEING DEMOCRATS. 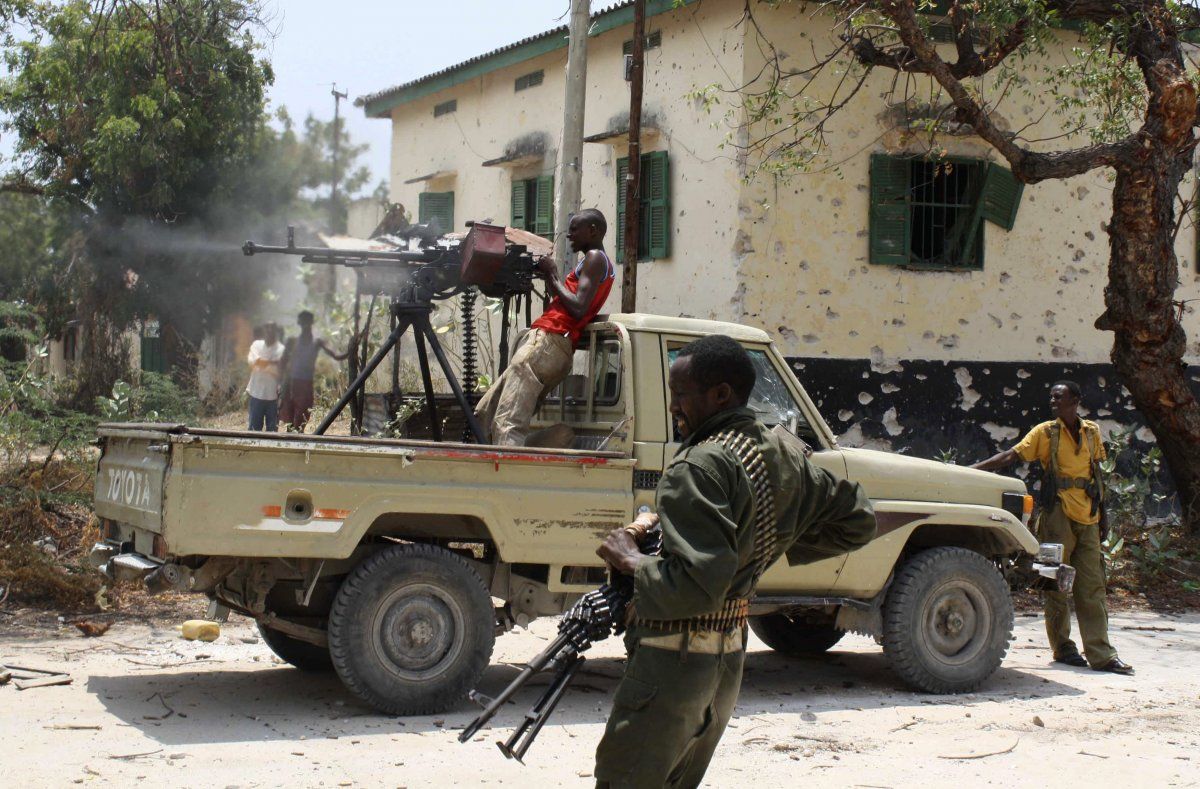 THREAD Does anybody see the glaring problems with this alleged plan? I do. And @realDonaldTrump does.
1. Steaming open envelopes and replacing real ballots with fake ones. 2. Filling out ballots for elderly assisted-living voters. 3. Paying homeless people and drug addicts to vote in person.
The guy himself admits to the limitations. "An election that is swayed by 500 votes, 1,000 votes — it can make a difference,' the tipster said. 'It could be enough to flip states." The ten closest states IN 2016.
+ 20 more tweets 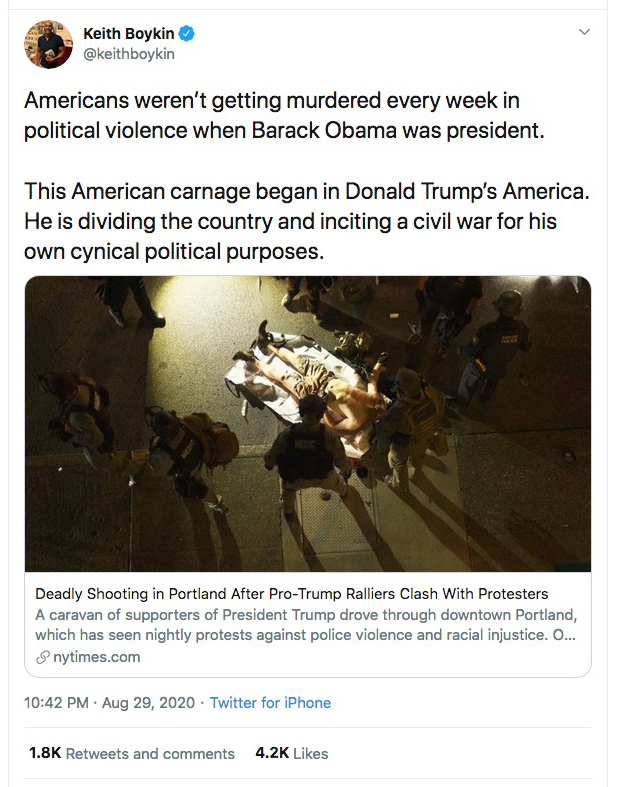 THREAD This thread will make a lot of people angry. But I have to write it, because it's the truth. My goal is to talk RATIONAL people down off the ledge. The others can't be reached. We start with this leftist accusation against @realDonaldTrump.
No. Americans were being murdered in mass-casualty TERRORIST ATTACKS, mass shootings, and school shootings. Where did THEY all go? And black Americans are STILL being murdered. AND.
The current violence is being carried out and enabled by LEFTISTS. Here's the trap Democrats set: If the rioting continues, they blame Trump. If he intervenes, they say he's making things worse. Trumpihaters are all in.
+ 21 more tweets

Jennifer D'aww
@GMShivers •
If you're "Submitting applications" you're already doing it wrong. 80% of jobs never make it to a job board. Just like office work, trades jobs now go through temp agencies so they get to try before they buy and not waste 3000-10000 on a new hire only to have you not work out.
Your future employer is dumping their job needs on another corporation, and would rather pay 40$ an hour to try you out for a year risk free, than pay 20$ an hour and risk hiring you and being stuck with you and your social security payments after 3 months.
ESPECIALLY. ESPECIALLY. Now. They cannot risk you being hired, and costing a fortune to get you ready, only to have you leave when the next coof bucks come in. Do what your employer is doing and sign up for a headhunter org. Put your resume in one place. Wait.
+ 5 more tweets

Cathie Wood
@CathieDWood •
In 2008-09, when the Fed started quantitative easing, I thought that inflation would take off. I was wrong. Instead, velocity - the rate at which money turns over per year - declined, taking away its inflationary sting. Velocity still is falling.
Artificial intelligence (AI) training costs, for example, are dropping 40-70% at an annual rate, a record-breaking deflationary force. AI is likely to transform every sector, industry, and company during the 5 to 10 years.
Now we believe that three sources of deflation will overcome the supply chain-induced inflation that is wreaking havoc on the global economy. Two sources are secular, or long term, and one is cyclical. Technologically enabled innovation is deflationary and the most potent source.
+ 12 more tweets

Spooky Sophie 🎃🎲🎃
@mxSophieH •
Over the years I’ve picked up a lot of game development theory but rarely spend time to share it so here’s a thread for that. There are three main schools of thought in gamedev; tactility, conceptuality, and diablerie.
These schools represent different approaches to making games, with differing goals, methods, and outcomes. They can be combined but are frequently distinct. Development approaches are often classified by budget, team-size, publisher independence, etc. I will ignore these
mostly because they are irrelevant. To classify games creation this way is like classifying food by the amount of ingredients rather than how it is supposed to taste. A cake made for a wedding vs a cake made for a friend have a more similar philosophy than with a pork pie.
+ 11 more tweets

The ADHD Academic
@theADHDacademic •
I have plenty of issues with institutional review boards, but whenever I see data collection about #ADHD folks on Twitter without any sort of ethics review, I cringe. Be careful folks. People may have good intentions, but it doesn't mean they're collecting data ethically. 1/5
Collecting data solely on Twitter, without accounting for response biases, can easily lead to skewed and inaccurate information. Asking people potentially triggering questions and giving them no resources for support is problematic. Asking leading questions is problematic. 2/5
Crafting good surveys, surveys with minimal bias, that account for co-variables, that will do minimal harm, and that will result in valid findings is not easy. It's a series of skills that takes time to learn. There are whole degrees in data analysis. 3/5
+ 4 more tweets

There are multiple ways to embed @COsweda's unrolled thread: