Thread by @SiderealSystem: "#dissociatwt Coming off protected tweets to say this. If you’re part of a certain discord group whose shitting on other people, hiding y [...]" #dissociatwt

Coming off protected tweets to say this. If you’re part of a certain discord group whose shitting on other people, hiding your facade supportive identity behind a discourse account, allowing others to shit talk people in dissociatwt? (1/?)
Using the term sysrealist for yourselves and that server created upon trickery, talking over people and disrespect? Don’t use the term I coined. Don’t use Sysrealist. You’re far from it and are using the struggle of a disability to cause drama. (2/?)
You can have different opinions, disagree, block and move the fuck on. Not tear everyone down in your mean girls jerk circle behind their backs like cowards. (End)
Keep it up and I will not hesitate to call the whole entire thing out and expose accounts. I literally don’t care what drama it causes me. If you want to cause shit by piggy backing on a disability and harass people under the name DID/OSDD/Sysrealist, you deserve it.
Me explaining my issues with a user/s is never fodder for you to shit talk them or harass them. You’re putting my safety on the line and pointing the finger at me for YOUR choices. I can say why I didn’t like someone/issues we had that doesn’t mean go harass them.
Ps: Yes I’m talking about the server Syscoursesystem made. Syscoursesystem is an account made by someone who previously presented themselves as endo/pluralgang friendly and used the tag. For that reason I felt we had conflicting views so I blocked them. (+)
No ill intentions, no ill will or issues. Later SS follows me, DMs me and adds me saying they know me. I don’t know them so I’m friendly. We make a game out of guessing their original acc but I give up, because I can’t guess and they didn’t wanna say which is fair. (+)
Suddenly out of the blue they offer for me to join the server and I join. I see the user I had blocked and was surprised since I thought they were endo supportive previously. SS surprises me by revealing it is them. (+)
I’m shocked, uncomfortable and ashamed. It’s not like I said anything bad about them to them, we never had issues but it was still humiliating. Let alone the fact the system thought it was ok to evade my block, trick me and befriend me. (+)
Not long being in the server a few users start discussing issues with a certain system. I chime in my issues with said system and their partner. I am not shit talking just claiming what I experienced myself when we were mutuals. (+)
From there breaks out a big debate on the morality of the systems in question, I stay out of it since I’ve said my piece on it before, blocked for other conflicting ideas and moved on. Meanwhile the debate continues with users against the systems and the founder (+)
Of said server defending them and discrediting our issues we stated having with the user. Since I don’t have proof it’s whatever and it’s not like I’m trying to shit talk them anyway? But the founder takes it FURTHER by talking about their sexual exploits in the server (+)
Unprompted, without consent around everyone and that includes minors.

Then another user in the server chimes in about the issues we had with said systems they are ragging on. I correct their inaccurate use of a term and once again I’m spoken over, then ridiculed and made (+)
Unfortunately people have come to me reporting my issues I spoke on with the two systems who were subject of the shit talking, was used as fuel to harass those two systems. While I may not like or agree with them I’ll never condone harassment, nor am I happy my issues with (+)
Fun of by the mod and other members in the server. I decide then to leave. (+)
them were used in such a terrible manner. I’m guessing this got back to one of those systems whom I had blocked seeing as they tried to request to follow me on another account. (+) 
Not only is this inappropriate and block evading but also puts me at blame for how others chose to use the information I gave them. I simply said I encountered XYZ attitudes and mindsets that made me feel unsafe by those in question and why I chose to block. That’s it. (+)
So here I am to say cut it out, this isn’t healthy, that server isn’t healthy, evading blocks and personal boundaries isn’t healthy, harassing people isn’t healthy.
Just stop it. This doesn’t help anyone. (End)
Ps: I’m only posting this in this tag because I’m getting reports this server is now shit talking users in dissociatwt they don’t agree with.

K. Brihat
@KBBJAbhisyantT9 •
We should push for Hindu Atrocity Act for coming 5 years elections agenda , with demand getting intense each passing election specifically which not only covers cow protection laws. Dev ninda law , security of priests , or any other Hindus living as minority but also neutralises
But also neutralises scst act too rather thn asking for removal of it also another point to note is in coming times Rw Hindus specially in non Bjp states and also among Work places backed by leftist ecosystem will be/ are facing professional threats for raising voices for hindu
For hindu causes , best example is the way Arnab or any other voice being hounded , be it Kamlesh Tiwari ji murder or ankit Saxena . Even current murders or LJ traps . Priests facing threats or misuse of scst or cow killings. Adv like Tanishq or recent posts like DeepikaSS posted
+ 6 more tweets 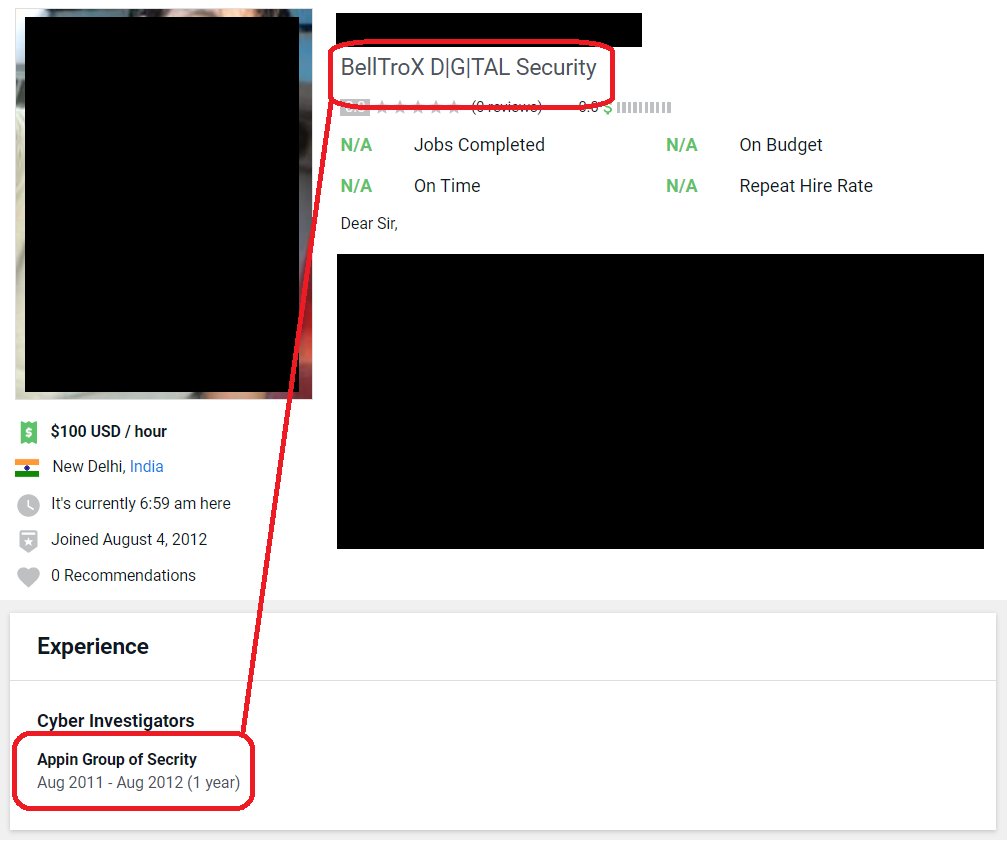 My OSINT investigation linking Appin Security Group to BellTrox... here goes...
On June 9, Citizen Lab published a report uncovering a massive hack-for-hire operation conducted by a group named Dark Basin. Citizen Lab linked Dark Basin to an Indian company, BellTrox InfoTech Services with high confidence. source:
According to an archived version of BellTrox website, the company provided a number of IT services including IT training and workshops. source:
+ 19 more tweets

Sohaib Saeed د. صهيب
@tafsirdoctor •
I've been comparing tafsir explanations and English translations of the 111 ayat of Surat Yusuf both in my work at @GloQur and as part of developing a new translation along with @noumanbayyinah. I'll share my research later on, but just now I'm looking at 12:110 and it's funny...
...how many of the translators just stuck something down for the verb nujjiya/nunjī (written as فنجي without dots). Assuming they wanted to translate according to the reading of Hafs (+ Shu'bah, Ibn 'Amir, Ya'qub), they should have translated it as a past tense, passive verb.
Hence: "was saved" or "were delivered" as correctly rendered by (e.g.) Asad, Pickthall, Taqi Usmani, Khan-Hilali, Arberry, Saheeh Intl., Study Quran. Some took it as a conditional sentence (Yusuf Ali, Irving), hence "are delivered", "will be saved".
+ 7 more tweets 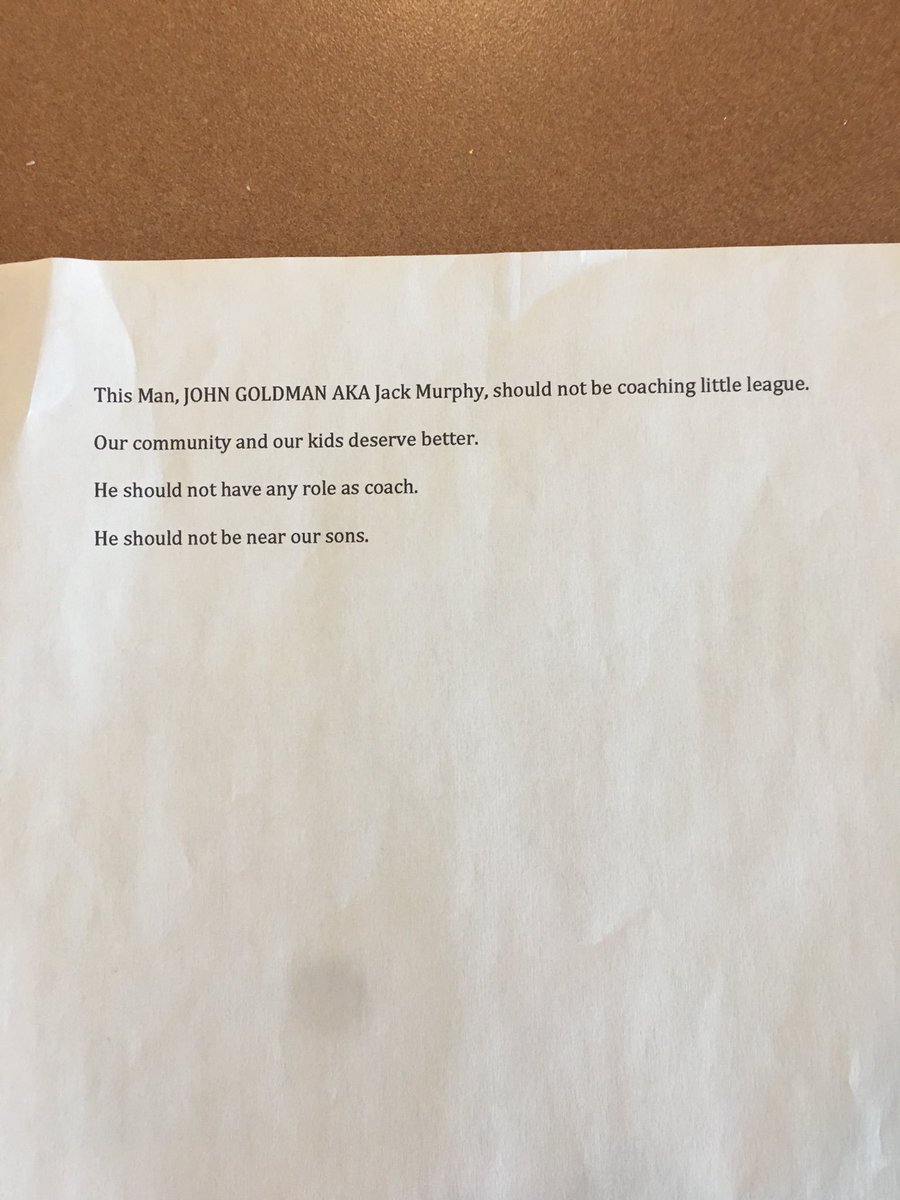 Four years ago I had no twitter, no blog, nothing. Today, people have spent tens of thousands of hours listening to my podcast, reading my blog, attending events, enjoying my book, and following the story here on twitter. How did I go from zero to here? It's a doozy of a tale:
Back in 2015 I found myself running charter schools after years of developing real estate. (that's a story to be told as well). I was just a 'normal' guy doing normal things, with a hobby posting in forums and reading man-type blogs. And then my friend @Cernovich got on twitter
@Cernovich I followed him here. I had no idea what was up. #GamerGate was a thing. I just watched and tried to figure it out. I'd tweet some, but it was only for a few people. Stuff you'd never tweet to 25k. Edgy and fun. It was a lark mostly. I thought no one would ever see it.
+ 68 more tweets

There are multiple ways to embed @SiderealSystem's unrolled thread: