(# Thread Begins) - Read Slowly and Decide for Yourself 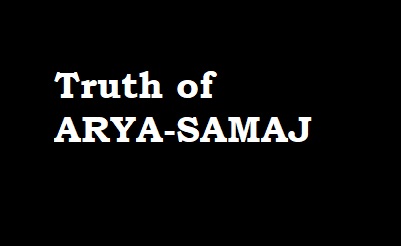 2. The Contributions of Arya Samaj Are Many on Ground and Cannot be Ignored
a. 900+ DAV Schools, 75+ Colleges teaching Vedic Studies as well.
b. Massive Ghar Wapsi thru Shuddhi Movements
c. Clarity on 16 Vedic Samaskars
d. Cow Protection
e. Contribution of Indian Freedom 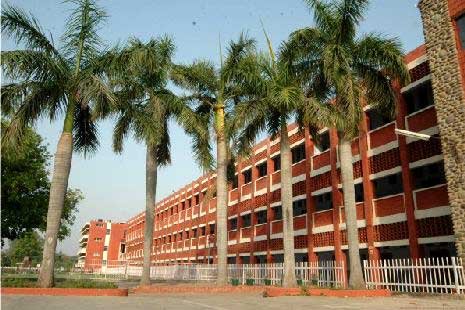 3. Born in 1824 as MoolaShankar , Maharishi Dayanad Saraswati would go on to become the Tallest Leader of Hindu Revival. His approach to Hinduism followed the Advaita Philosophy of adiShankaracharya. 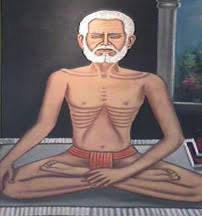 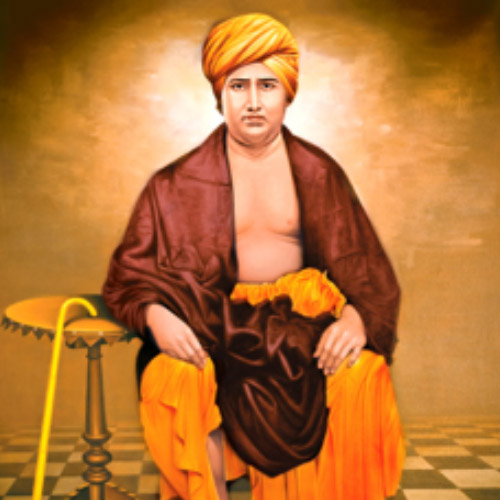 4. Read his This Speech to Give You Goose Bumps. What a Patriot 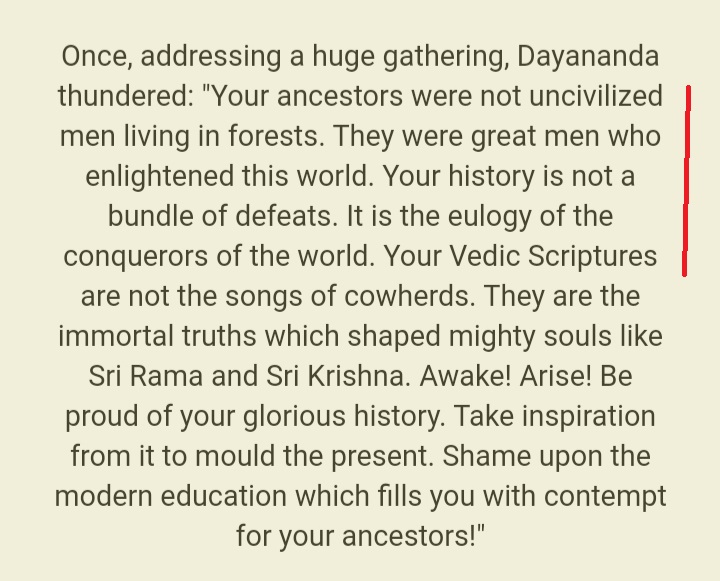 5. His Famous Shastrarth in Kashi is a No Miss. Just like adiShankaraCharya

Read it Fully. Worse than Todays Trolls
You will be shocked 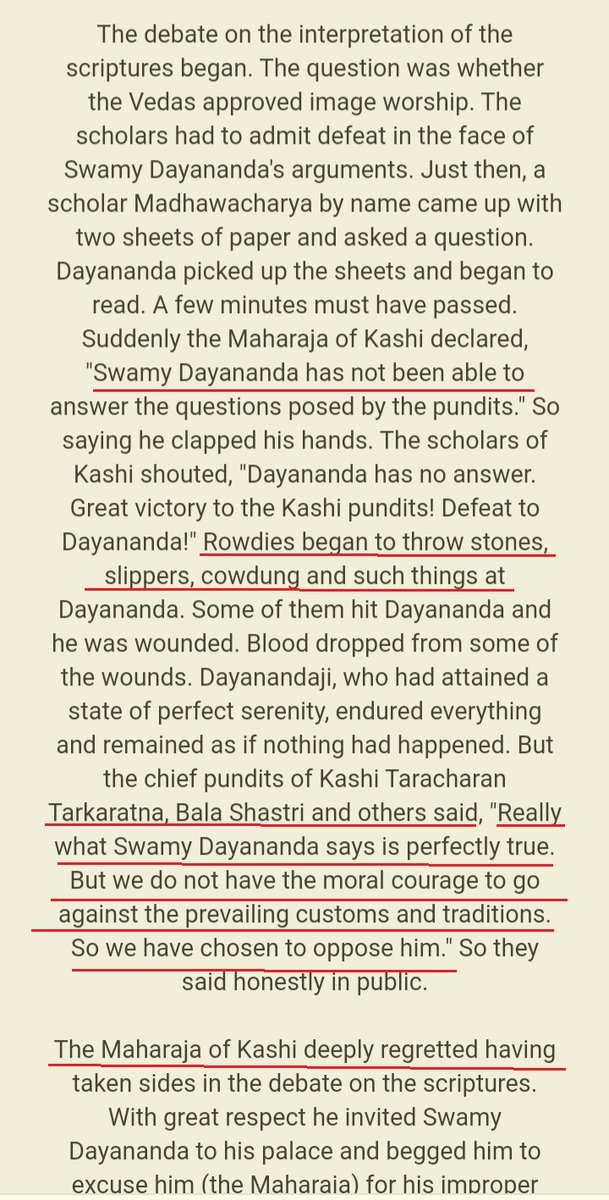 6. Swami was an Eye Sore for Anti-Hindu Forces.
He was poisoned Twice.
1st Time He Survived with his Yogic Powers, Second Time He Didn’t.

Pls Read this Incident Slowly to Understand His Greatness. Goosebumps 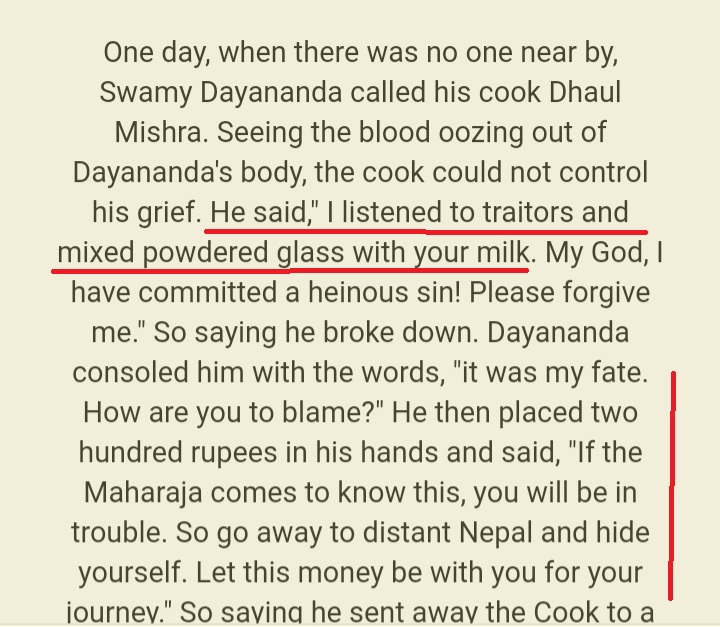 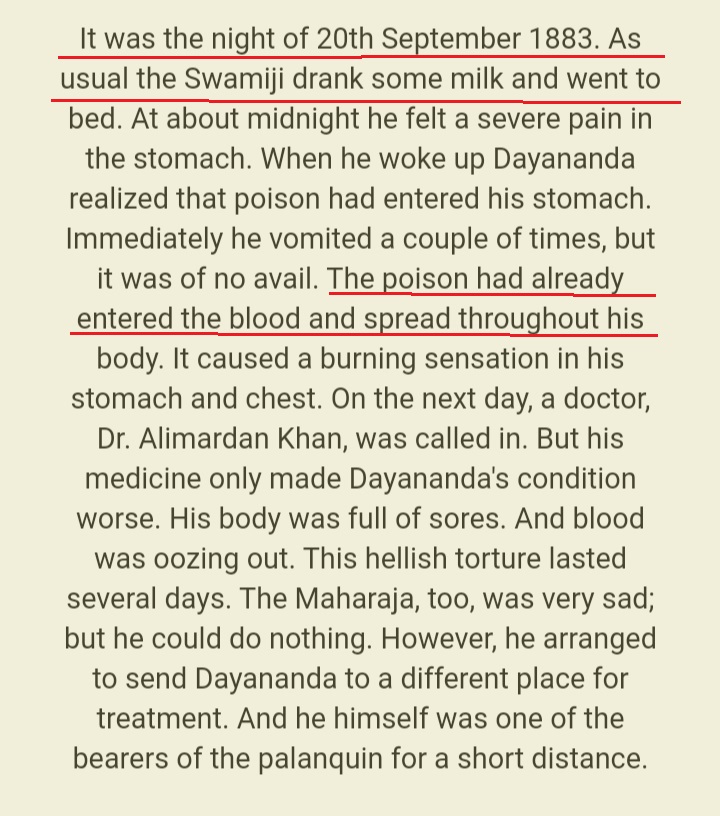 7. Lets understand the Times of 1857 to 1947:
100s of Communal Riots which are under the Carpet -
-Godhra (1854), Mumbai (1893)
-Moplah (1921), Kohat (1924)
-Kanpur (1931), Kashmir (1931)
-Calcutta (1946)
8. The Hindu Community had Just come out of an Islamic State of Mughals and Fallen into hands of Missionary East india Company. The Seeds of Partition and Aim for Separate Pakistan were started from 1857 Itself.
9. Meanwhile, 1826–1906 (R.T.H. Griffith) , 1819-1899 (William Monier), 1823-1900 (Max Muller) were Active Translating Indian Scriptures (Vedas /Smritis)with Meanings Manipulated to Cause Hatred Amongst HINDUS for their own Religion and Set Ground for Caste System.
10. The Imperial Census in 1871 was a perfect Ploy to Identify and Divide Hindus on the Basis of Caste. Hindus were facing Double attack from Abrahmic religions which resulted in Loss of Identity and Guiding Gurus and More into a Protective Identity.
11. In this background of Hindu Persecution, in 1875 (Mumbai) Arya Samaj was Formed, with a Clarion Call- GO BACK VEDAS This was important to Change Mindset of Hindus to again BECOME a SEEKER. In place of Rigid BELIEVER, as a result of Prolonged Abrahmic Slavery
12. There were Many Luminaries in AryaSamaj.
Worth to Mention was Swami Shradhanand thru Shuddhi movement.
He was Champion of bringing Hindu Converts Back
(Mahatma Munshi Ram Vij), who was Sh0t at by Bullets by a 'Man' who was later Shielded by Mahatma Gandhi 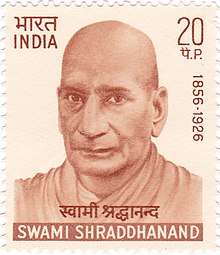 13. TEN PRINCIPLES
1. Brahm is the Source of All Knowledge
2. Omnipresent, Unborn, Unending
3. Vedas are Source of True Knowledge
4. Seek the Truth
5. Follow Dharma
6. Do good to Whole World
7. Deal with Love & Justice
8. Vidyaa to be Promoted
9. Social Upliftment
10. Paropkaar
14.
Slogan- GO BACK TO VEDAS
Motto- कृण्वन्तो विश्वमार्यम्- Let's Make the World Arya (Noble)
Can We compare Hindu Revival Attempts of Swami with adi Shankaracharya. Was he Greater than Swami Vivekananda ?
You to Decide. But Next Time you Troll Someone ARYASAMAJI- Think Twice 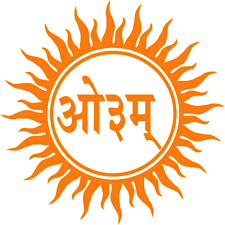 Lajpat Rai (Agrawal Jain) was core member AryaSamaj-helped to spread it in Punjab
-After S.Dayanand, Lajpat Rai was incharge of AryaSamaj activities
-He Founded of 'AryaGazette' Lahore

Doesnt it Qualify him as Arya Samaji? 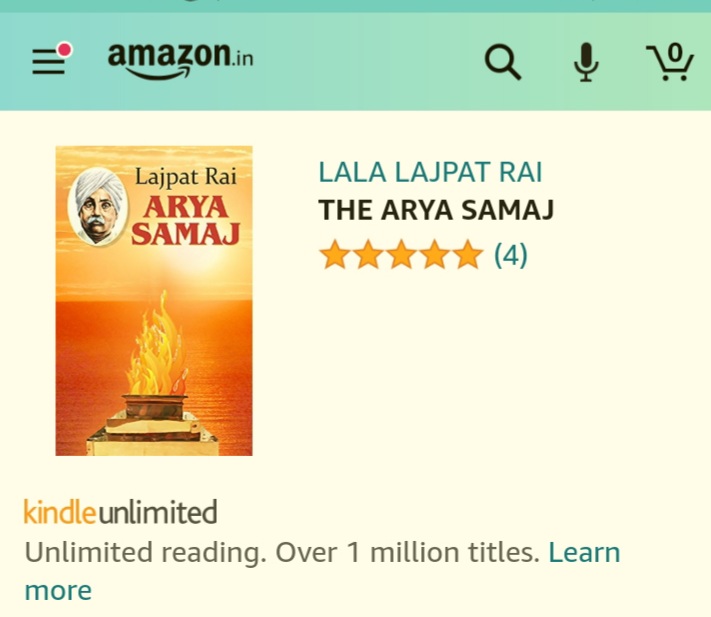 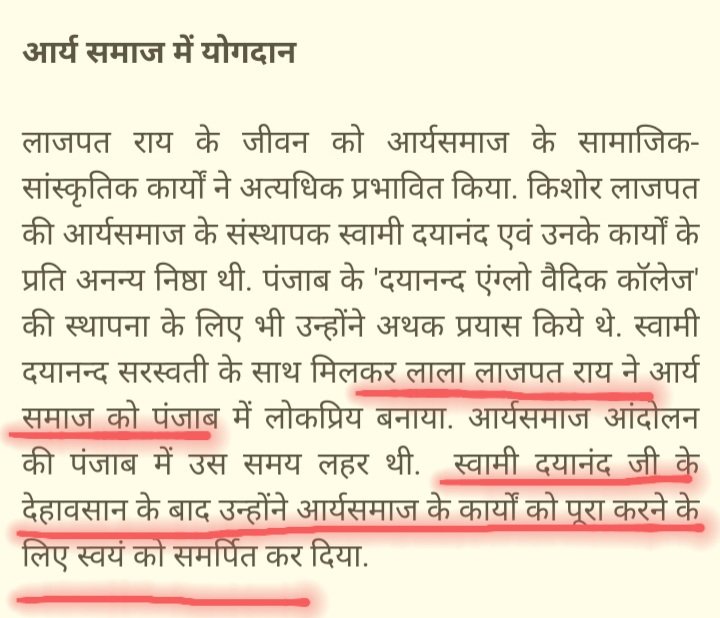 16. But there has been a Downfall in Arya Samaj on account of

Example: SWAMI AGNIVESH was NOT.. Arya Samaji but he Created ARYA SABHA.

The sad decline of the Arya Samaj By Dr. Vidhu Mayur - Aryamantavya 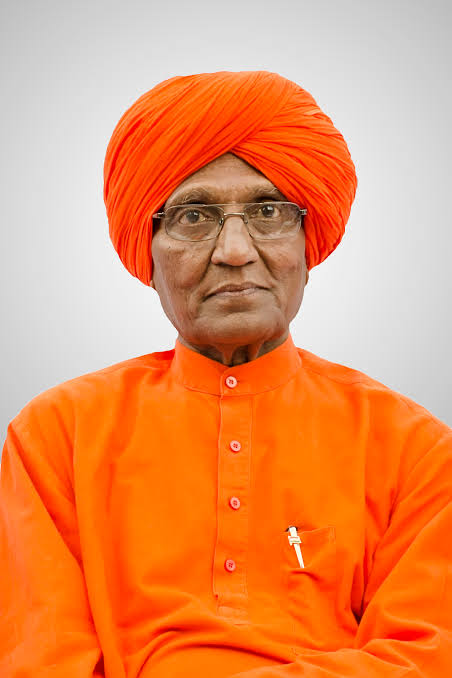 17. Most Notable contribution of ARYASAMAJ apart above.

Attempt to correct Translations of Scriptures which were misinterprered by Missionaries. 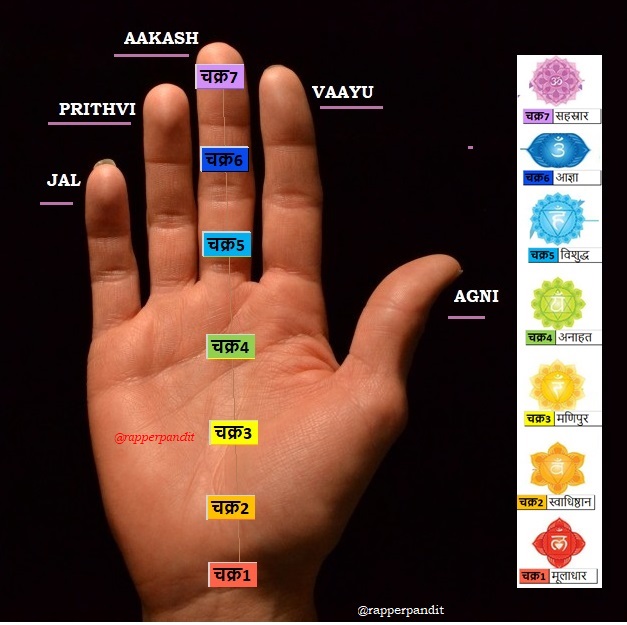 SECRETS OF श्राप & आशीर्वाद ? SCIENTIFIC PROOF behind Curse & Boons? ~Why Death Happens ~अगले 7 दिन में मृत्यु ~May you Live Long ~10 हाथी हा बल It might turn out a Life Changing Experience. #HinduismIsSCIENCE ! #Thread Begins ht
1/n Recall your IMP. OBSERVATIONS in Act of a Curse श्राप ? '-Both parties generally near each other समक्ष -The Cursing person holds Water in Palm & Speaks the Curse -Water is thrown towards the Cursed -The Cursing person is a Learned one & his Energy is Consumed in process
3/n Properties of WATER Gurus Like Agastya used water to Transfer दिव्यशक्ति to Sh Ram due to this Science ~Water retains memory is perfect to transfer Energies of one person to other ~Water Changes its Physicals aspects in line with Elements /Emotions Mixed in it. Contd..
+ 28 more tweets

THREAD: On Beyond Zebra! By Dr. Seuss
(some people requested the pictures on the immediate inside cover. ok.)
"Said Conrad Cornelius o'Donald o'Dell, my very young friend who is learning to spell: "The A is for Ape. And the B is for Bear. The C is for Camel. The H is for Hare. The M is for Mouse. And the R is for Rat. I know all the twenty-six letters like that...""
+ 43 more tweets 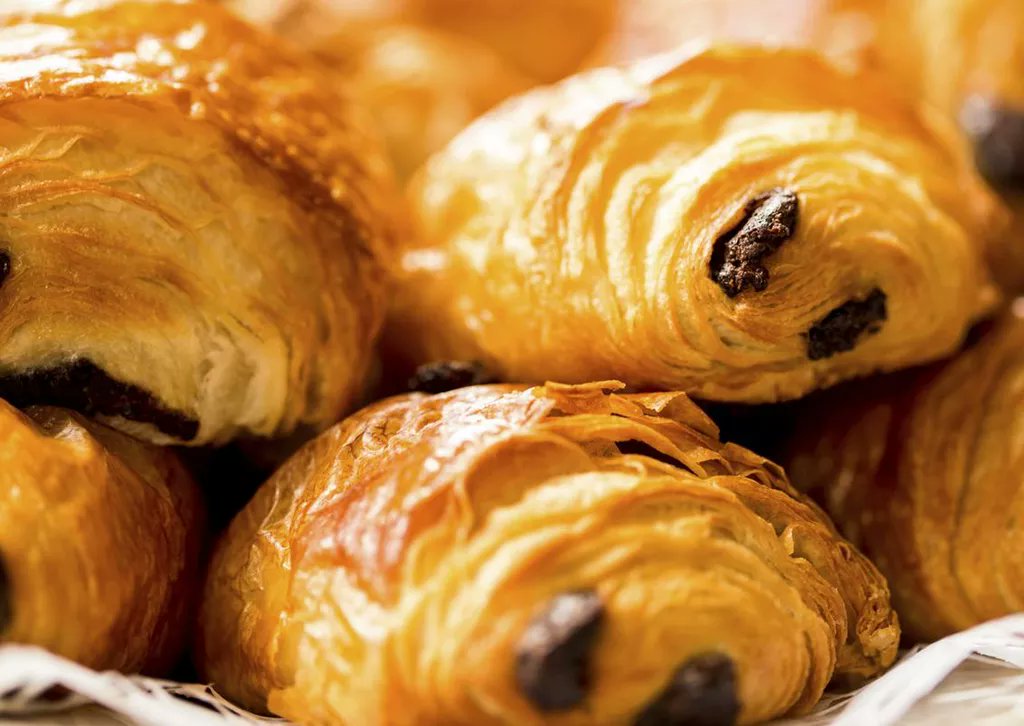 There are multiple ways to embed @RapperPandit's unrolled thread: