Thread by @nameshiv: "Will never not amaze me that the Mughal Empire was maybe THE empire on Earth for centuries & yet how much of their incredible administ [...]"

Shiv Ramdas @nameshiv
Read on Twitter Save as PDF
Will never not amaze me that the Mughal Empire was maybe THE empire on Earth for centuries & yet how much of their incredible administration & organisation-and India's- basically exist because Sher Shah Suri ruled India for 5 years.

Truly the greatest Emperor we don't discuss
In 5 years Sher Shah Suri reorganised land laws, changed labour laws, built a new administrative system, a new military administration, built what is STILL the longest road in the world and built the Indian Postal system. Yes, the one the British used and take cred for.

5 years
During this time Sher Shah Suri was also waging constant war to keep the empire he'd just had and also track the actual Mughal Emperor he'd deposed who was still planning to take the throne back- and eventually did.

But here's the one that really blows it all out of the water:
At the time he was defeated, SSwas busy working on his most ambitious plan- to create a system whereby farmers would have regional representatives to travel & coordinate to improve prices for crops with assist from the Crown.

India's Emperor was trying to build a farm union
Oh I forgot, in between all this, Sher Shah Suri invented the rupee. You know, the currency we still use in India today.
*coined*, not invented, but hey, it's Twitter, this stuff happens.
While you read this thread Sher Shah Suri solved an administrative problem that nobody could understand for 200 years.
This whole thread inspired by a tweet I can no longer find asking what one change in history do you wonder about the run-on effects of.

Me, I wonder what not just India, but the world would have looked like if Sher Shah Suri had ruled for 40 years instead of 5.
The problem with a thread on Sher Shah Suri is you keep remembering stuff that you probably should mention but didnt.

He also built a whole bunch of forts and monuments including one that is currently a UNESCO heritage site and built on at least one more that should be.
Is it all good? Of course not, he's a 15th century ruler. SSS has also been criticised for razing cities to rebuild them and put his name and stamp on them. His defenders claim the rebuilt cities were better laid out, better planned and better to live in. Choose your truth.
But here is the perhaps the best argument for how great and unique Sher Shah Suri was.

He was also known as Ustad-I-Badshahan, which means "Teacher of Kings".

The man who coined this name?

Humayun. The Mughal Emperor he deposed.
Since many people are asking for book recs, one that focuses on his administrative achievements rather than military ones that you might want to check out is "Sher Shah Suri: A Fresh Perspective" by Basheer Ahmad Khan Matta. Should be on Amazon or your preferred seller.
Customary Patreon plug, for those interested:

Become a patron of Shiv Ramdas today: Get access to exclusive content and experiences on the world’s largest membership platform for artists and creators.

Patreon
Ok I guess i should disclose that I've recced the book because it does a good job as a biography of his administrative achievements, but YMMV as to the rest, such as the analysis. Mine did. 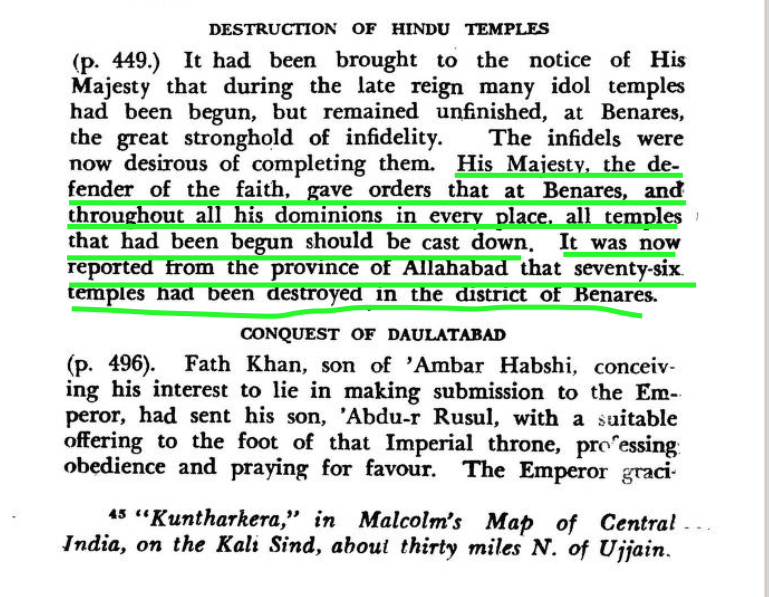 Internal Threat To Hindu Ecosystem Enemies are not always outside, they are mostly inside. Here is one such Congressi Parasite @RituRathaur inside the Hindu Eco System. Initially, she licked boots of BJP to grow on Twitter and now during sensitive time showing her reality.
Her timeline is mostly filled with hate against Dalits, Jains, Sikhs, RSS, VHP and BJP. Somehow she and her abusive group claim she is fighting for Hindus. Since she has marriage problems, her husband left her. She is free all day. Sends 100 tweets a day against BJP/RSS per day.
She is not affiliated with any Hindu Organisation. Apart from posting fake news on social media, she has no existence. She is very close to Anti-BJP people like Congressi Swaroopananda and Subramanian Swamy. Connect the dots, why her timeline is filled with hate against Sangh.
+ 4 more tweets

There are multiple ways to embed @nameshiv's unrolled thread: