Thread by @diannaeanderson: "Hi James, I invite you to investigate the abuse trans people get. Things like the man who told a trans twitter mutual of mine TODAY that [...]"

I invite you to investigate the abuse trans people get. Things like the man who told a trans twitter mutual of mine TODAY that the “Day of the Rope” is coming. Or have repeatedly said Hitler was right to kill “tr*nnies.” Or rejoiced when trans people commit suicide.

I am so tired of being cast as threatening while the threats made against me and my friends get ignored.

When I tweeted about the Wi Spa incident, I was repeatedly called a pedophile and told I should be in prison with pedophiles.
A woman in New Zealand literally had her guns taken away from her as a threat to the trans community because of direct threats she tweeted. Another in Scotland is facing criminal charges because of hate speech she was tweeting.

Why are we giving this billionaire any space?
Both of those women *gained followers* in the gender critical community precisely because their violent threats were recast as standing up against a mob. These kinds of things are verifiably POPULAR in the GC community.
Image included for posterity.

Oops, I broke the thread. here, link this up.

Anyway, the slur was tweeted at me while I was literally compiling screenshots of people telling me I’m brain dead.
Anyway, a good quick way to know what the internet is like for trans people is to read the quote tweets and responses to this tweet from Scientific American, which talks about how the Nazis targeted trans people. Just … glance through it. 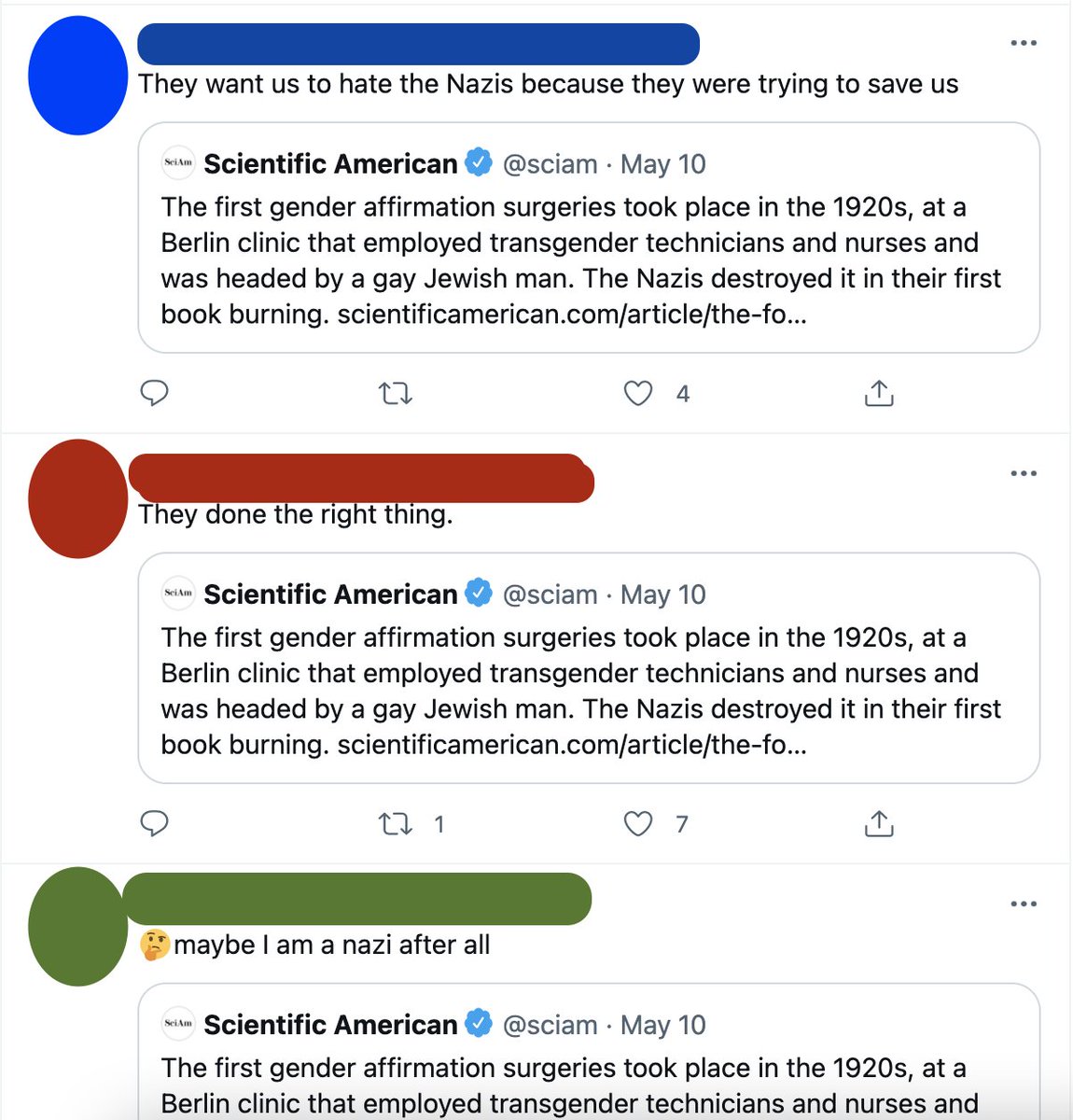 A small account that appears to be run by a crank who writes Christian accelerationist propaganda, and had no claims to trans-ness until the moment they tweeted the pipe bomb comment is made to stand for the whole trans community.
But there’s no pity or empathy for the trans person bridaged by JKR’s followers after she tweeted his account publicly for disagreeing with her about what to call reproductive health care. That person was repeatedly threatened.
The fact of the matter is these people don’t give a fuck about trans people and never have, and instead are so much more concerned about casting themselves as victims of Evil Transes rather than admit that we’re a group of people who are very vulnerable and marginalized.

I also had another thought while I was out because the stalled bus and my phone being at 15% provided me plenty of time to think. One of the big anti-trans arguments about desistance is that there’s a wave of teen (AFABs, in particular) being pushed into transition.
They say this is becuase of an institutional capture of medicine, psychology, and the media urging affirmative care as the only path. You see this over and over again, in Shrier, Joyce, Singal, and to a lesser extent Stock (whose objection appears to be more philosophical).
But there’s this narrative that teen girls are sacrificing their fertility in the trans craze and they will desist. They based the desistance on those flawed studies cited above, but what’s more is that they take those numbers that concern CHILDREN and apply them to teens.
+ 7 more tweets

Mx. D. E. Anderson
@diannaeanderson •
So I did some digging late last night and paid $10 to LASC to obtain the case numbers, but, from records: the trans woman charged in the Wi Spa incident was 1. not on the sex offender registry anymore because her convictions were nearly 20 years old. >
3. It also serves as a reminder that trans women are often criminalized for the mere fact of existing in public, and it appears that police engaged in an extended campaign of harass, arraign, and then drop charges against her from 2000-2004.
2. She appears have been targeted for being trans and unhoused, with her "indecent exposure" convictions also appearing to be part of plea deals to dismiss resisting arrest and potential sex work/voyeur charges (I was doing the work at 1AM, so I reviewed the charges today).
+ 4 more tweets

DeltaWither
@delta____wither •
(1/147) #nftart #NFT #NFTs #NFTCommmunity #nftrevolution #lazylions #cryptocurrency #CryptoNews #RightClickVictim #RightClickProtection #rightclicksave #ETH #etherium #Bitcoin #dogelon #SHIB #shibainu Alright, it's time to talk about the promising future of NFTs because you
(2/147) know what? I'm tired. I have been browsing Twitter for the past couple days, looking at the NFT landscape and economics. I have seen many people promising money for everyone, so I bought an NFT for 186k dollars. I had to take a loan, but eventually someone will buy it
(3/147) for 500k, so of course it's worth it! But now I have found the other side of NFTs. There are many good for nothing villains out there saying that it's a bubble without understanding how they work. So many people who are jealous of the success of NFTs, and find joy in
+ 146 more tweets 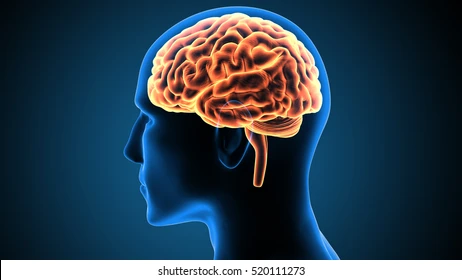 The best CEOs and CFOs share one common trait: They have mastered the art of COMMUNICATING SIMPLY A THREAD on why COMMUNICATING SIMPLY is a skill that all great leaders should have
A great leader can explain complexity such that a 6-year-old can understand @DanesaGlez captures this here ⬇️
1/ What is COMMUNICATING SIMPLY? It’s the ability to SIMPLIFY a problem or opportunity into an elevator pitch If you’ve ever listened to a great CEO/CFO, you will notice that they’re able to explain a complex idea using 2 to 3 points at the most
+ 14 more tweets

Gwen Snyder is uncivil
@gwensnyderPHL •
I think a lot of people need to hear this: You just went through 1.5 years of a profound ongoing threat to your health/wellbeing/life, social isolation, aggressive disinformation, political turmoil, and financial uncertainty. OF COURSE you are not functioning at your peak.
OF COURSE you are stressed out, burned out, unproductive, disconnected, anxious, depressed, exhausted, aching, and/or sad. YOU ARE TRAUMATIZED. This is what trauma does to the human mind, to the human body, to human relationships.
That goes double, triple, quadruple if you're an active caretaker or support person for folks in your family/community/network of relationships- you've been carrying your trauma and the trauma of others. That shit compounds on itself.
+ 7 more tweets

There are multiple ways to embed @diannaeanderson's unrolled thread: