Thread by @lisaquestions: "Update: Thanks to @/diannaeanderson going down a rabbit hole "

Thanks to @/diannaeanderson going down a rabbit hole 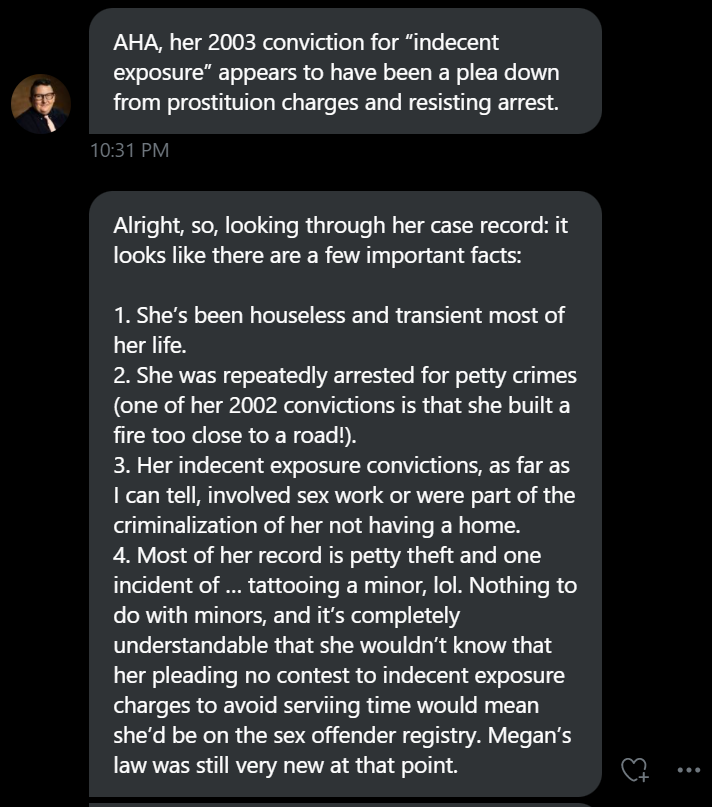 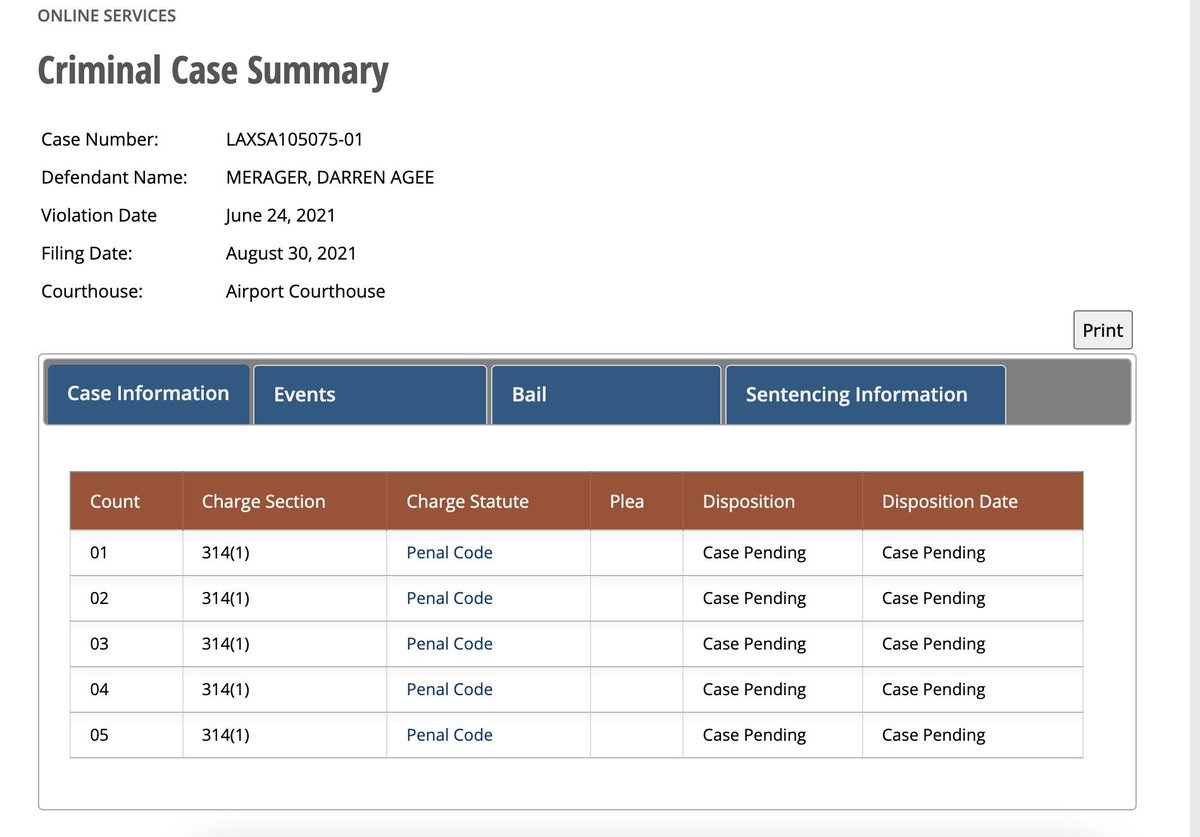 These are her court cases with ID # so anyone can look them up. I apologize but I am not able to add alt text descriptions to these. 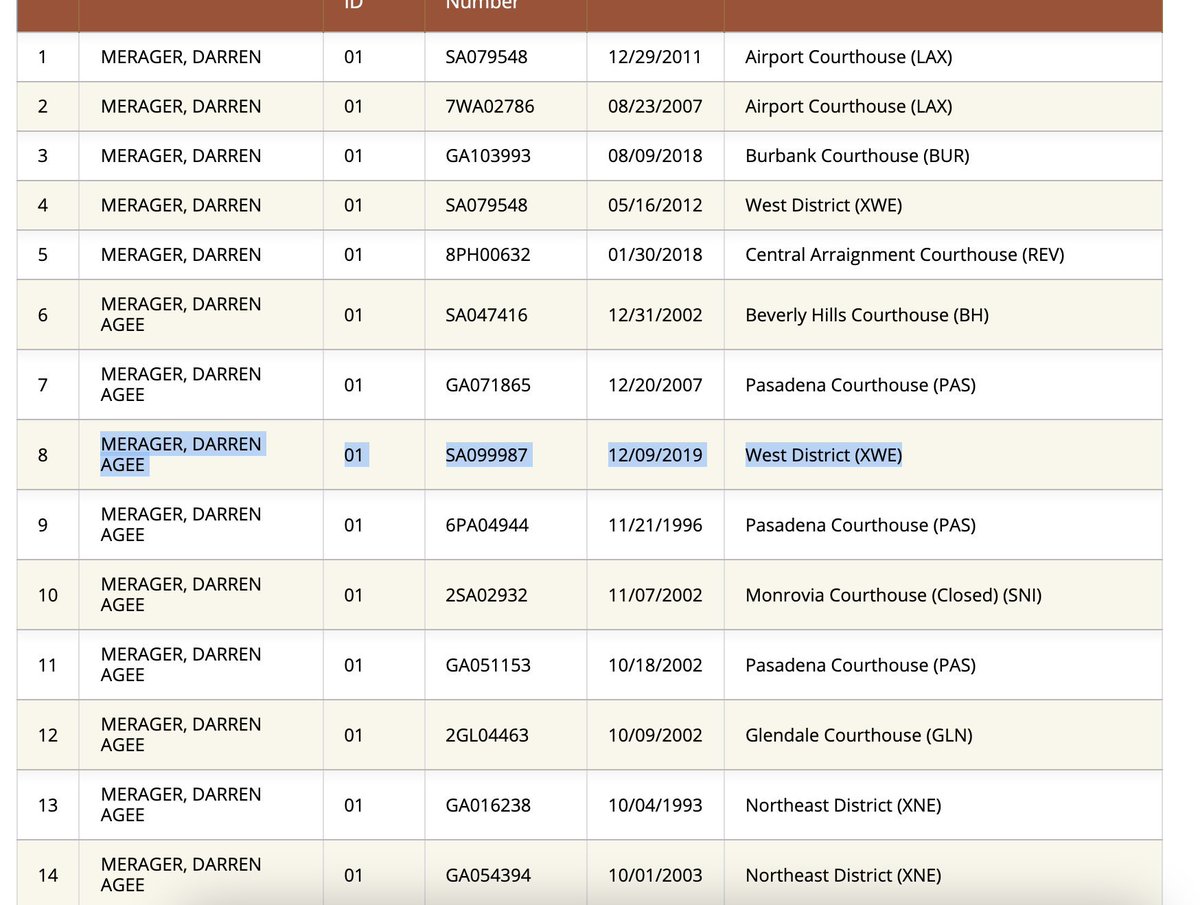 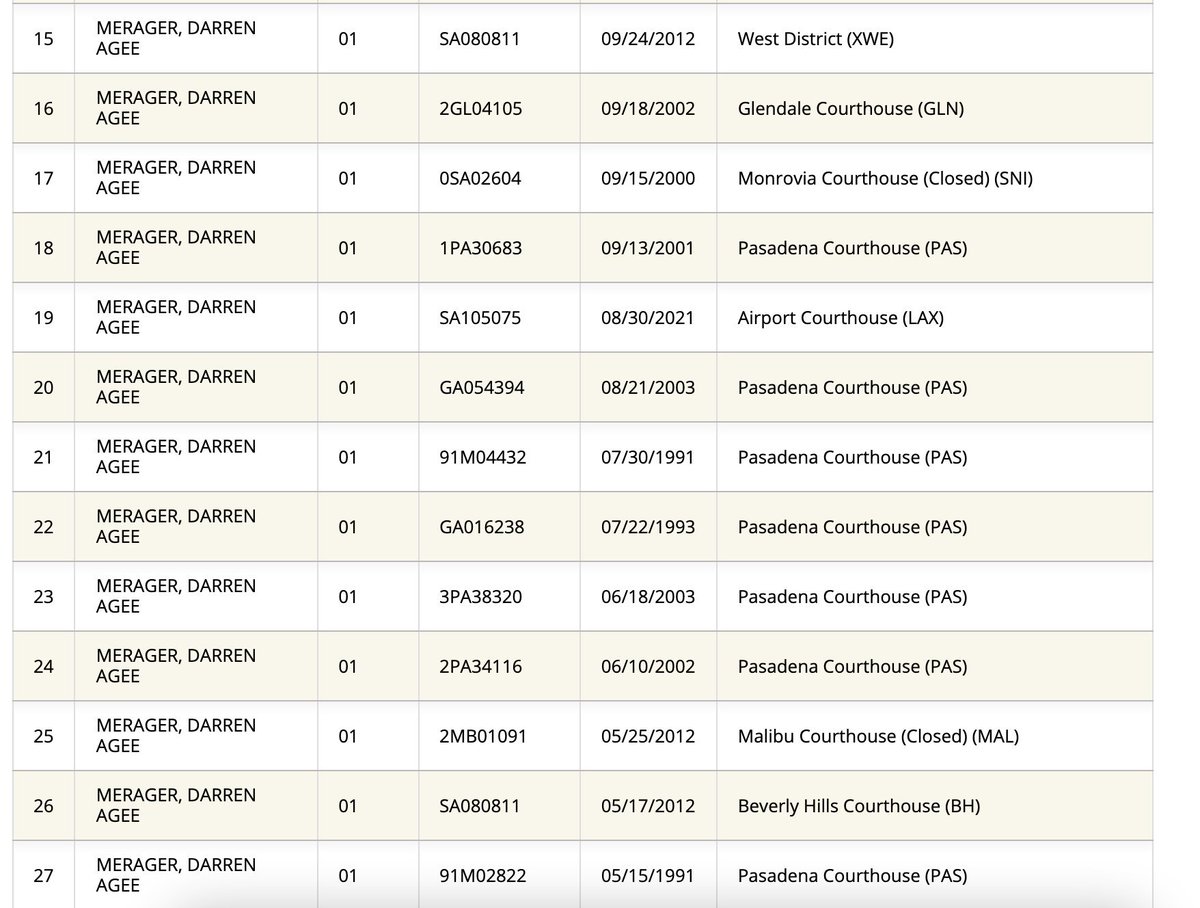 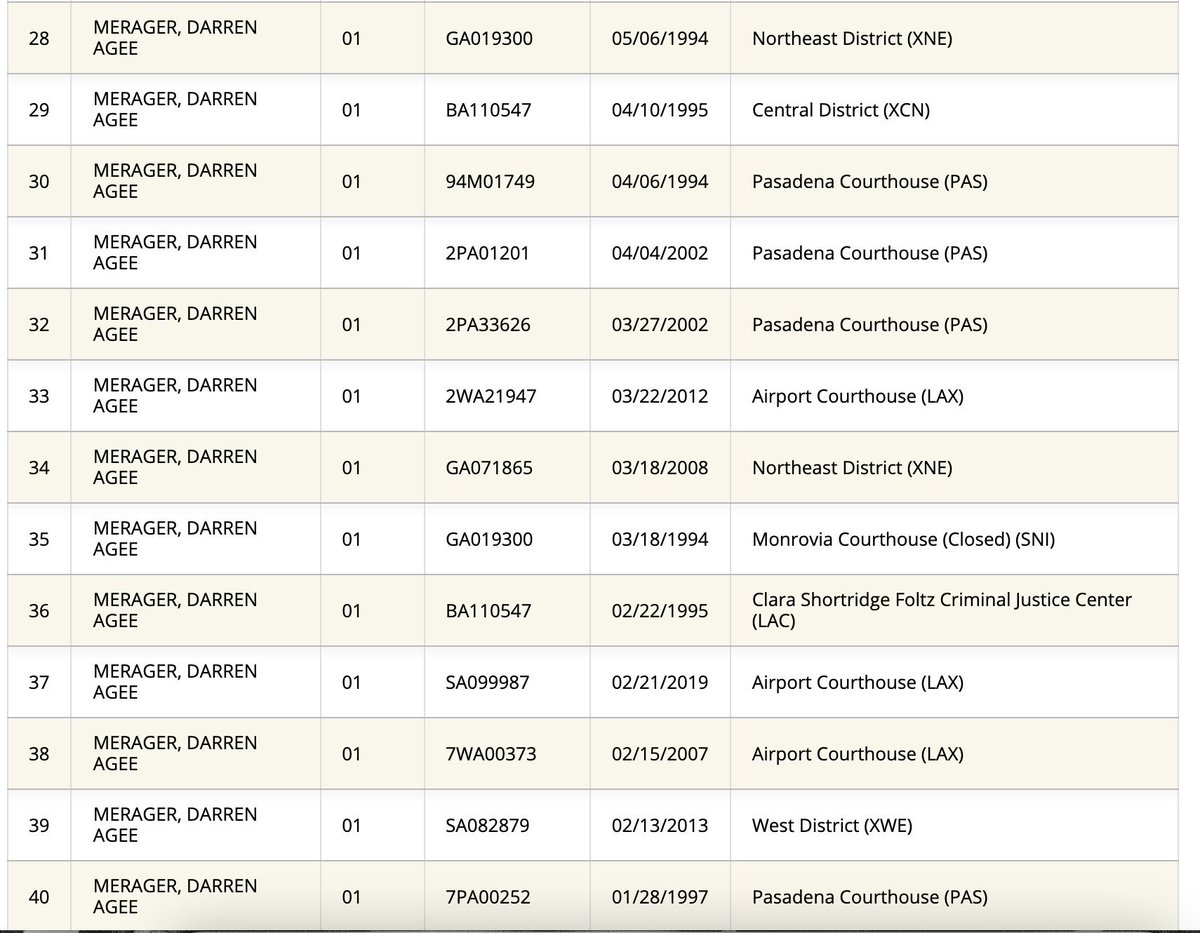 Per @diannaeanderson: "Doing a search from case number is completely free on the LASC site, so people can look up the charges for themselves and see that a lot of it is the criminalization of the intersections between houselessness, being trans and being a sex worker."
Tagging @TGirlTherapist because faer video started this
Tagging @transscribe this thread has information about the person charged with indecent exposure at Wi Spa in June, doesn't show a sexual predator. Rather it shows someone being criminalized for being unhoused, trans, and a sex worker.
Anyway, adding some stuff about the head sheriff dude at LASD and his tactics and attitudes

And more of the guy

Like I guess the question is how these people would know to be at that time and place to catch a trans woman who could be falsely framed as a sexual predator and pedophile based on a distorted version of her criminal history?
Maybe, say, four evangelical christian women and one girl all to file a total of five complaints of indecent exposure under penal code 314 (1). Plus at least one dude to stand in the lobby and record the woman who posted the first video.
Anyway, then we have the internal LASD document naming the trans woman as the suspect and just baldly declaring she falsely claims to be a trans woman to gain access to women's spaces, something not reflected in her "criminal history."
I've said before this whole thing has a project veritas feel about it and isn't it extremely convenient/weird that one or more evangelical Christians show up at an LGBT-friendly spa while an unhoused trans woman sex worker is at the spa.
Anyway, that sheriff really is far right huh
Of course, another possibility is the fact that the Trans Wellness Center in that area is literally .4 mile away from Wi Spa. I'm told that this area has a lot of trans people, so she could have just been going there until she saw a trans woman. 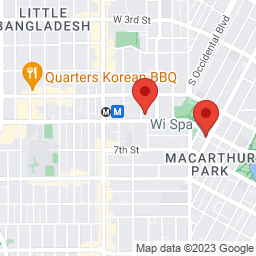 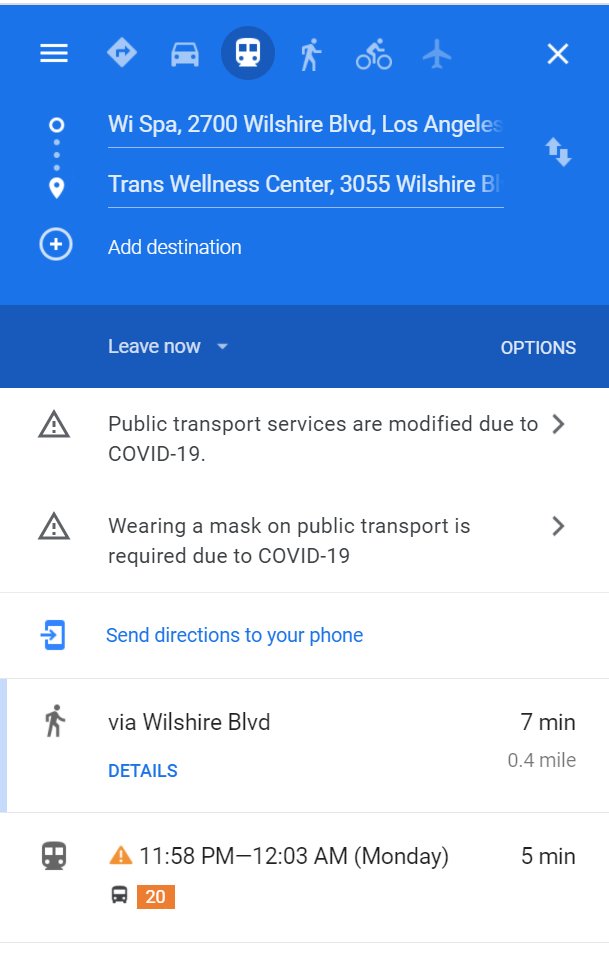 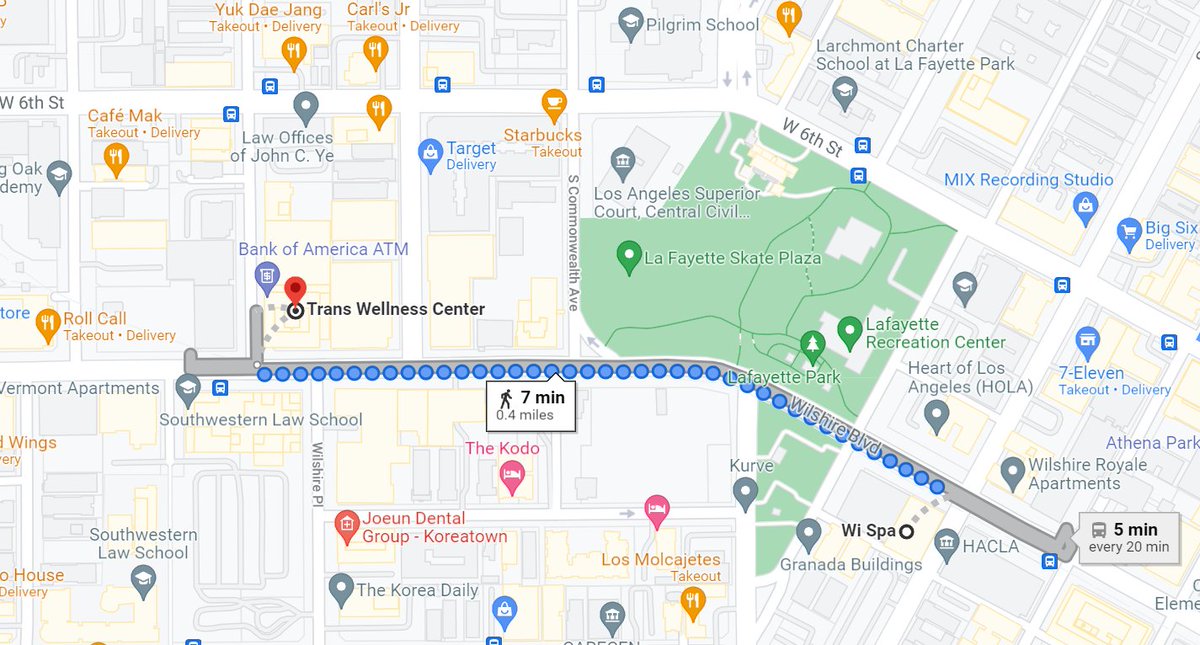 They also help unhoused people with housing, so that's a thing.

Anyway, this video was my starting point which prompted D.E. to look deeper and here we are. Worth watching. 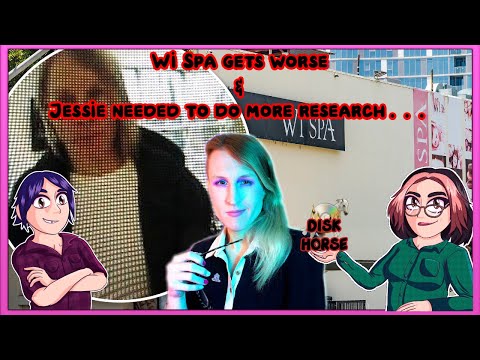 “People engaged in sex work deserve to be treated with dignity and respect,” the lawmaker behind the bill said.

Them.
Correction on this: It's 653K (possession of a switchblade) not 653 (tattooing a minor)

The terfs found it

So please report them and block. When I see replies I'll deal with them. If you want to debate them, untag me

Too bad I'm not wealthy so I can't hire a lawyer to threaten someone's free speech over falsely saying I tweet porn at kids
Anyway, would I imply that Andy Ngo, evangelical Christians, LASD, terfs, Proud Boys, Patriot Prayer, etc all cooperated in this? 😇 Don't need to. They don't need to organize together, all of their work simply has the same goal and they can easily piggyback off each other
Finally I have to apologize. I don't usually do this but I don't want to have to clear fash out of the replies themselves or let them sit and fester for hours so I'm turning off replies from non-followers. I'm grateful for everyone who's helping spread this, thank you.
Addition:

Rachel Martens (she/her)
@RaeofSunshine79 •
Thread: The day my son passed away, there were cop cars, an ambulance and a fire truck lining the front of my house and down the side. They came with the understanding they’d be speeding a child in dire circumstances towards the hospital. Understandable. A few days later, I /1
was talking to a neighbour who recounted chatting with another neighbour the day everything happened. Apparently the other guy went on a verbal tirade that he couldn’t park in front of his house and to him this was an unacceptable inconvenience. The neighbour I was talking to /2
said he said to the guy, “You know a child died, right?”. The guy grumbles in a masculine huff obviously understanding he was in the wrong but unwilling to say anything apologetic, aloud. This story came to mind this week in thinking about the state of the world right now. /3
+ 6 more tweets 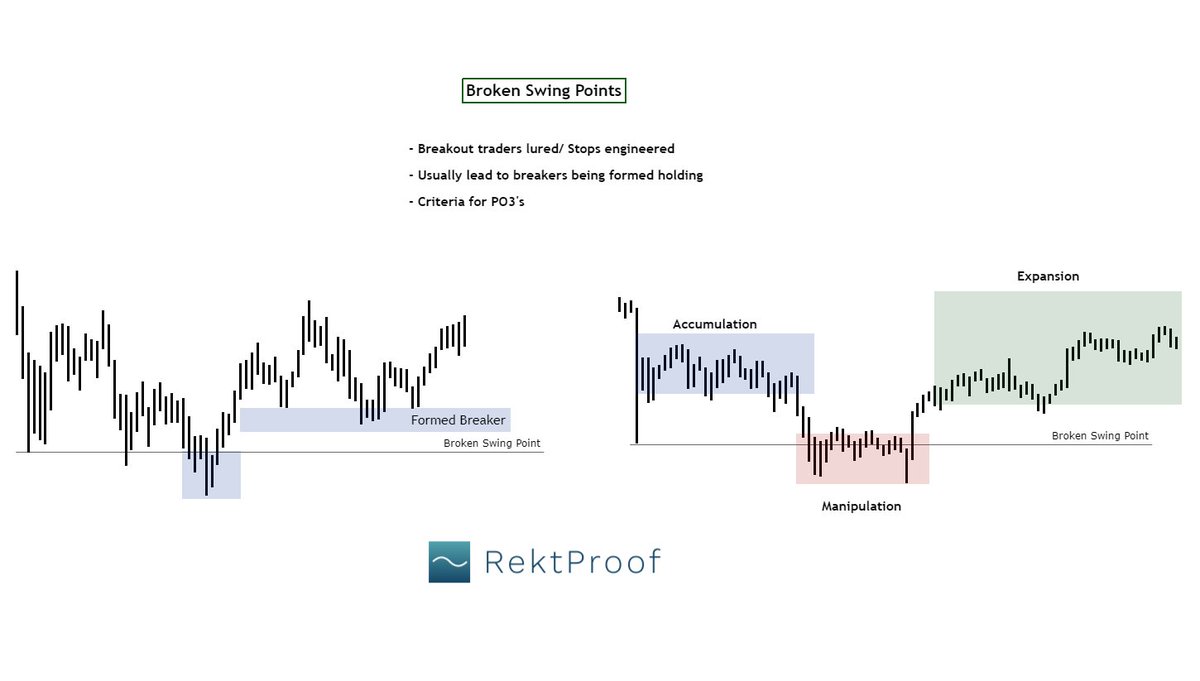 #PriceAction Broken Swing Points Wanted to briefly cover instances when I see traders get trapped within different variations as price consolidates and breaks down and how to potentially avoid. Small write up to cover: - Broken Swing Points - Potential Entries - Conclusion h
Broken swing points vs SFP's We know the standard SFP- Price sweeps a level and reverts to the opposing side. What If we fail to sweep but close below an SFP? This is when breakout traders come in and are trapped hence the manipulation cycle. Notes on the Diagram Chart:
Potential Entries: PO3's play a vital role when price breaks a key swing point. As long as we leave an opposing high any close below is a high probability we trap first and then go for the high second Breakers offer good entry points for a broken low once we shift above
+ 3 more tweets

Update: Thanks to @/diannaeanderson going down a rabbit hole
These are her court cases with ID # so anyone can look them up. I apologize but I am not able to add alt text descriptions to these.
Per @diannaeanderson: "Doing a search from case number is completely free on the LASC site, so people can look up the charges for themselves and see that a lot of it is the criminalization of the intersections between houselessness, being trans and being a sex worker."
+ 19 more tweets

There are multiple ways to embed @lisaquestions's unrolled thread: