Thread by @sciencebwoy: "The story of pharma and vaccine production in India from 1901 to present times in 5 maps. How public sector production, R&D, regulati [...]" 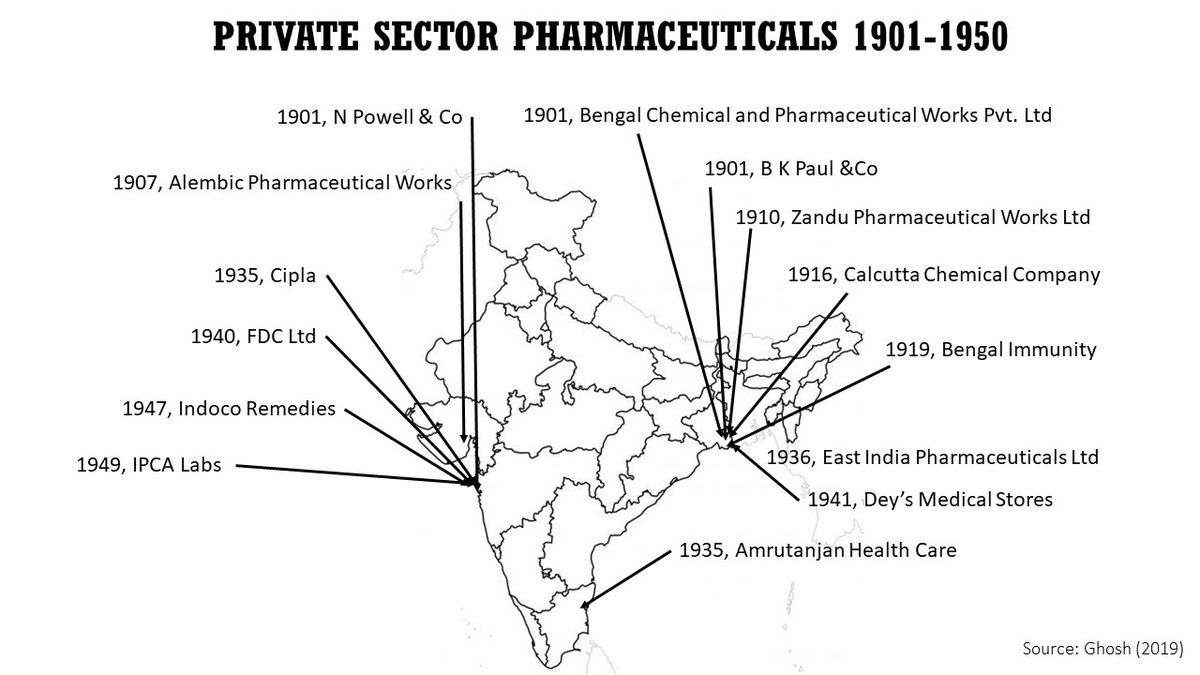 Pharmaceutical Inquiry Committee 1954 called for PSUs in line with Industrial Policy, Bombay Plan. Large scale units set up across different states in the country. HAL used technology from UNICEF AND WHO for penicillin production; IDPL used USSR technology for antibiotics 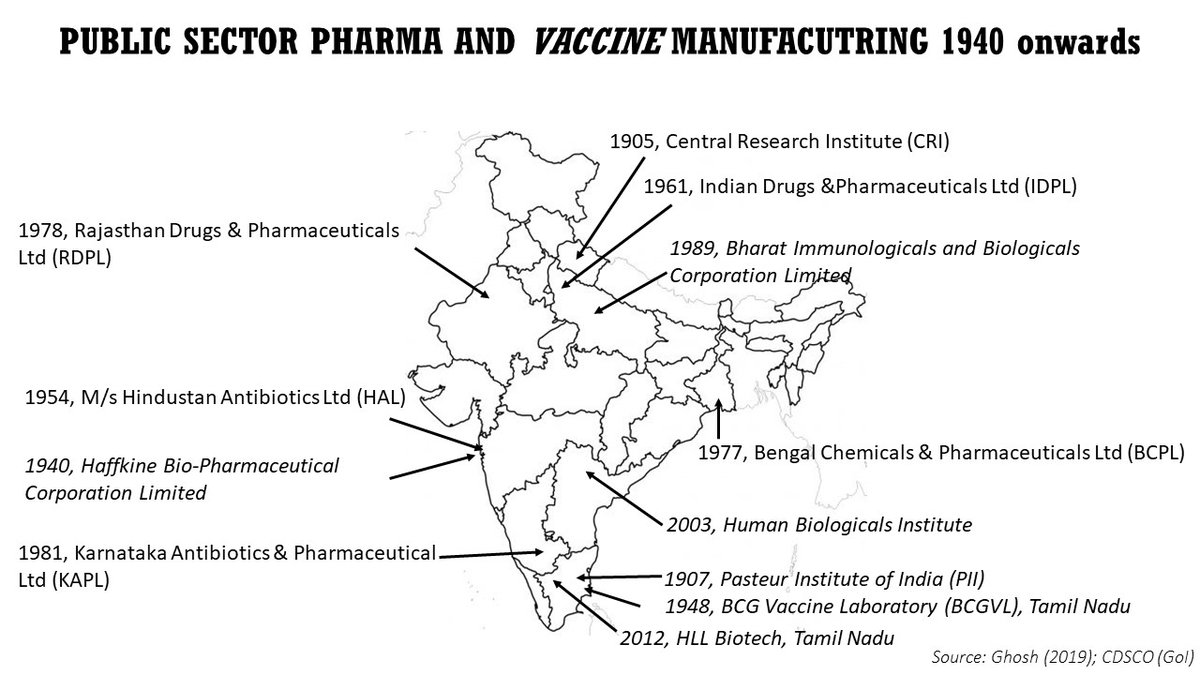 Autonomous research institutes, vaccine production centres, and most importantly change of the colonial patents act (in 1970). Pvt pharma manufacturers were allowed to produce drugs in bulk and were protected.
Solvents and raw materials from petrochemical industries gave a boost 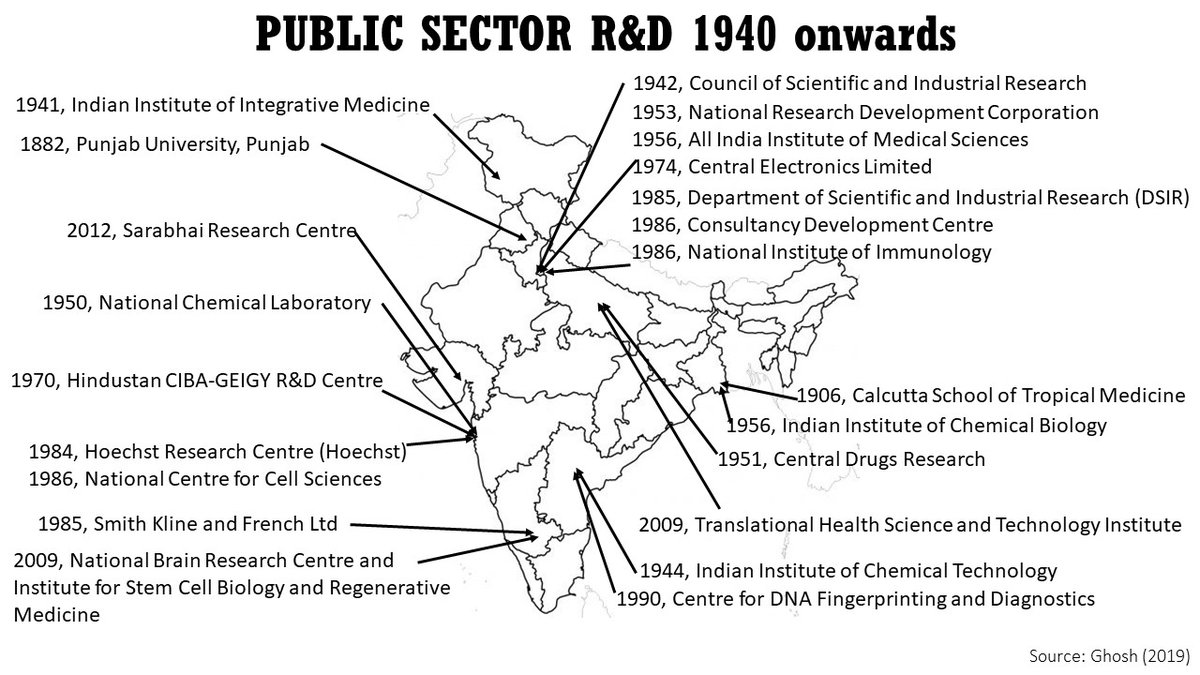 Post 1990s, signing of WTO and TRIPS, amendments to patents act and disinvestment. By 2005, 25 pharma companies (particularly Ranbaxy and Dr Reddy's) controlled 85% of market share. Emergence of MNCs and concentration of big firms. 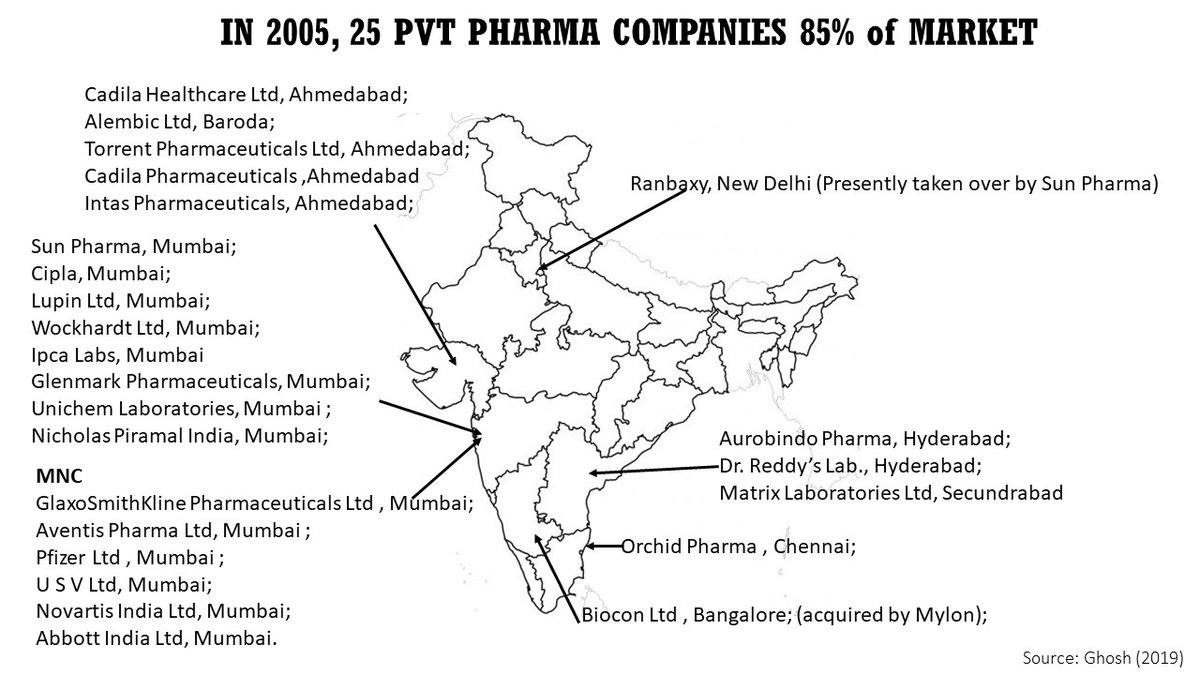 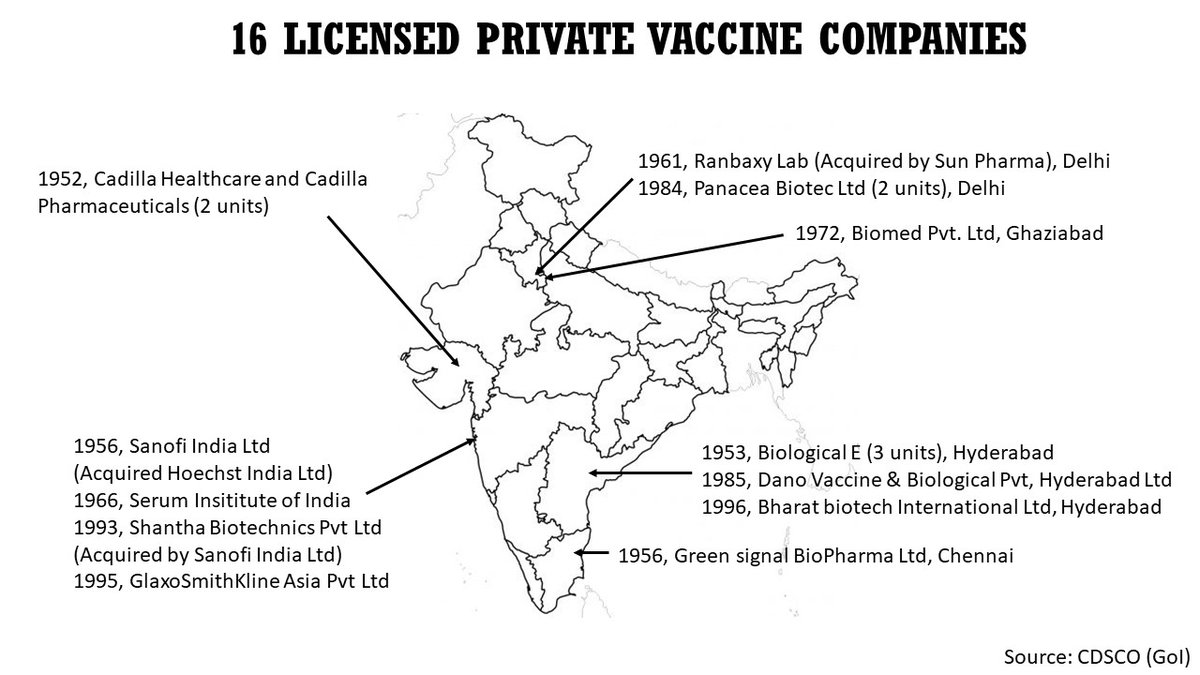 Inability of private sector to step up vaccine production. Wait till 2023 for covering most of our population. Several public sector Indian vaccine manufacturers lying dormant despite ICMR role in COVAXIN development. 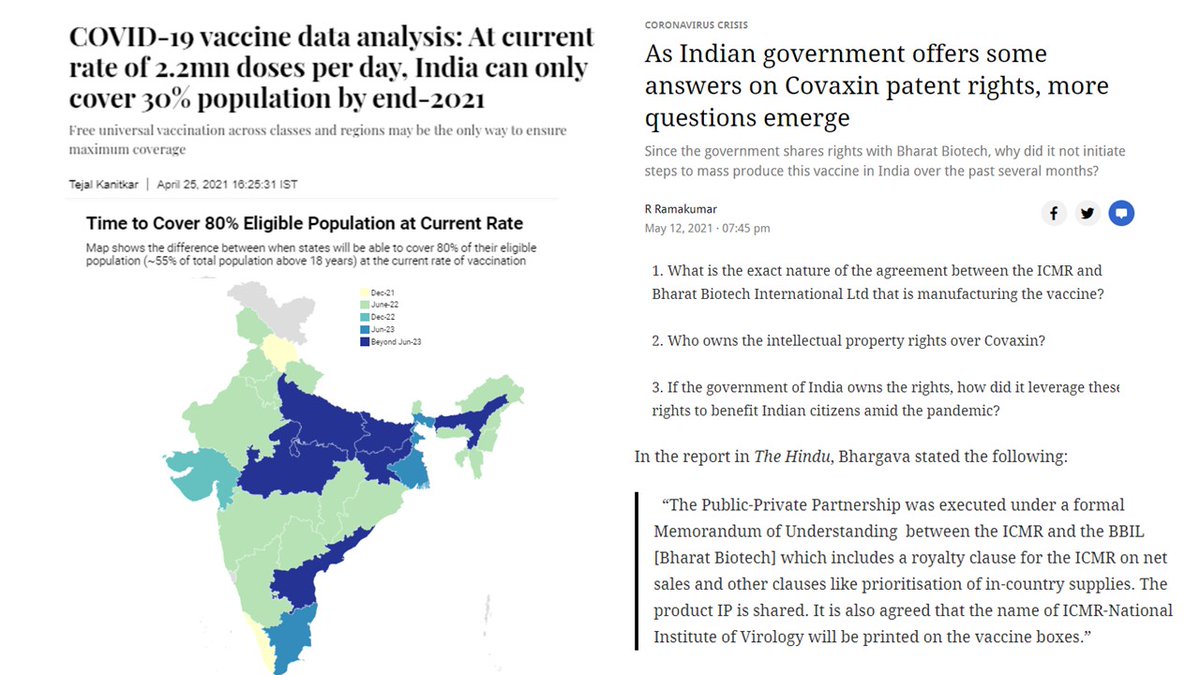 And there you have it- The story of pharma and vaccine production in India. Systematic reduction of public sector expenditure and disinvestment of PSUs. 50 years of social production and costs, but private profits and individual risk for citizens to bear.
Data sources for maps- Ghosh, Prasanta Kumar. Government's Policies and Growth of Pharmaceutical Industry in India 1947-2018: A Review. Research and Information System for Developing Countries, 2019 &